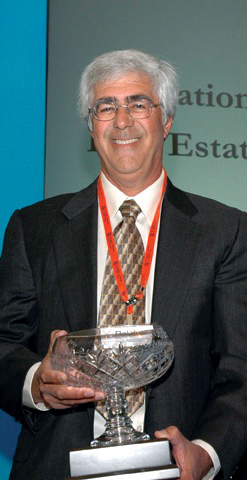 The Great Stock Buyback Party is in full swing. According to The Financial Times, in the 12 months ended March 31, 2014, “S&P 5010 companies lifted their spending on buybacks by 29 percent year on year, to $534.9 billion.” The pace of buybacks in the second quarter of 2014 slackened a bit from the first, but at $120 billion, it was not far from record levels.

Yet, REITs haven’t been invited to the party. Should we REIT investors feel bad, or even care?

Debate among investors and academics regarding the wisdom of public company buybacks continues. Advocates claim buyback programs return unneeded corporate cash to shareholders in tax-efficient fashion. Also, by reducing the share count, such programs boost earnings per share. Critics, however, argue that while reducing share count isn’t inherently wrong, most buyback programs destroy shareholder value because company management values its shares through rose-colored glasses and thus pays too much for them.

Legendary investor Warren Buffett, the “Sage of Omaha,” says a company should repurchase its own shares only when it has available funds, including “sensible” borrowing capacity, and its stock is trading “below its intrinsic value conservatively calculated.” Sounds logical, right?

The problem is that “intrinsic value,” like beauty, is in the eye of the beholder. For the vast majority of public companies, it is difficult to ascertain. REITs, unlike their non-REIT cousins, do not often repurchase their outstanding shares, and have skipped the buyback party of the past few years. REITs, by law, must pay at least 90 percent of their taxable income to shareholders in the form of dividends, which dampens their ability to deploy retained capital for external growth. To buy properties and launch development programs, they often need to raise growth capital by selling additional shares.

The irony here is that, if we accept Mr. Buffett’s prescription for intelligent buyback programs, it is much easier to determine “intrinsic value” for REIT shares than for non-REIT shares. During most periods, the vast majority of a REIT’s value lies in the value of its commercial real estate, net of debt and other obligations. This value can be generally approximated by perusing the values of similar properties in the vast and reasonably liquid private commercial real estate markets, for which comparisons are usually available. Most REITs are able to create additional value for shareholders through efficient property management and strong leasing capabilities, making smart acquisitions, and engaging in property development opportunistically. But, as the net present value of external growth initiatives will normally be modest, intrinsic value will be very close to net property value.

Thus, REITs don’t usually go there, even though they have a unique ability to create shareholder value by engaging in buyback programs in compliance with Buffett’s rule. It’s my view that REITs should launch buybacks only when debt leverage is very conservative—for example, when debt is less than 35 percent of total asset value. Furthermore, the space markets should be stable and, ideally, improving. Lastly, shares should be trading at net asset value discounts of 10 percent or more.