Heading In The Right Direction

Economists maintain REITs will continue to strengthen in step with the economy.

Although the U.S. economy continues to gain ground lost during the financial crisis, the pace of growth for much of 2014 has proved for many to be frustratingly slow and uneven. To get a clearer idea of what to expect heading into 2015, REIT magazine assembled four leading economists for a roundtable discussion.

REIT: Based on what you have seen in 2014, do you have confidence that economic fundamentals are firming?

Mark Zandi: The economy is slowly but steadily improving. Growth has picked up, particularly in the job market, and I think all the trend lines look good. Obviously there’s a lot of risk—there always is—but the most likely best case is that the U.S. economy continues to pick up pace as we move toward the middle part of the decade.

I’m confident in the improving fundamentals of the economy.

Morris Davis: I think economic activity will be a mixed bag for a while. For many years we thought a reasonable unemployment rate in good times was about 5 percent. Unemployment is around 6 percent now and this may be the new “normal” for the foreseeable future.

Christopher Mayer: The economic fundamentals, particularly the labor market, are definitely looking better. Globally, there are still questions in Europe and China, among other places, so the global picture is not as clear as the U.S.

Kerry Vandell: Certainly the stock market has done well, and it seems to me that hiring has picked up significantly. There are stronger indications now of a sustainable recovery than what we had before.

Generally, I’m fairly optimistic. I do think the fundamentals are firming.

REIT: Speculation about when the Federal Reserve will begin to raise interest rates has been a recurring theme for some time. What are your thoughts on interest rates?

Vandell: Right now, there’s a general consensus that rates will start to increase in a measured fashion beginning around the second quarter of 2015. One of my major concerns is that (the Fed) will wait too long and it will create, at least in certain sectors, excessively cheap capital that could result in asset price instability.

Davis: There will be pressure both to keep rates low and to raise them before inflation accelerates. My read on the situation is that (Fed Chairman Janet) Yellen will keep rates low as long as possible. This idea that we’ll have low rates for a while is consistent with a forecast of middling and unimpressive GDP growth in the near term.

Mayer: One of the things that has really helped real estate values over the last 15 to 20 years has been a consistent decline in long-term real rates, and I do think that as those go north, it will put some pressure on real estate prices. Some of that is factored in already to REIT prices, but there could be more to go if we do see that run-up in rates.

In a well-functioning economy, the Fed funds rate should be somewhere between 3.5 percent and 4.0 percent, and I think that’s where we’re going to be at the end of 2017. Long-term interest rates should rise sooner in anticipation of the Fed tightening.

Davis: I don’t think uncertainty over interest rates has impaired commercial lending at all. The people I talk to are finally raising a lot of money and getting significant deals done. 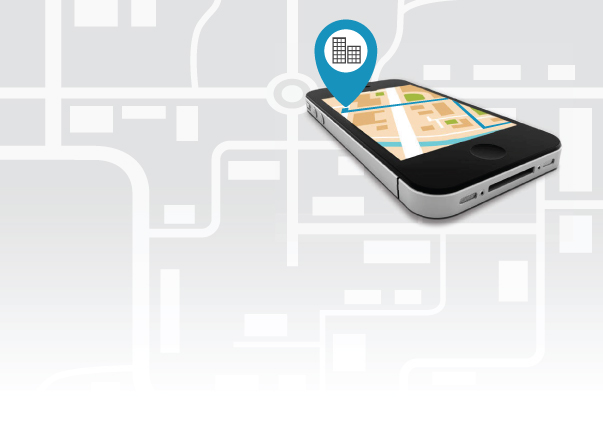 Mayer: There are lots of places to get a loan and to get credit. Even if rates go up moderately, I don’t think that will impact the supply of credit for commercial real estate.

Vandell: Commercial lenders have returned to the marketplace and are competitive. Much of their money is short term, which reduces their exposure to interest rate risk.

Zandi: I think the pace of lending will pick up. There will be enough absorption, decline in vacancy and improvement in rents that we will see more construction, and that will require more lending.

Davis: All foreigners, not just sovereign wealth funds, have bid up the price of all U.S. assets, including real estate.

Foreign investment is why cap rates are at or near historic lows. All of this can be unwound quickly. If China decides to sell off its store of U.S. assets, it’s hard to imagine that real estate prices will not fall.

Vandell: A lot of large real estate companies in China have become very active in the U.S., both investors and development companies. They are very involved, especially in class-AAA office and large mixed-use projects. They see this as a safe place to park money and generate a return, plus the currency is stable.

Zandi: Global capital flows into the U.S. will remain strong, particularly in gateway U.S. cities where it has already been quite strong. We might see global capital searching further into the rest of the country, but, in general, we’ll continue to find the global gateway cities as a place to invest.

In large part this is driven by continued global geopolitical instability. I don’t see that changing, so the U.S. real estate markets look very attractive in the context of all that global risk, and that should continue to be the case for the foreseeable future.

Pricing in the U.S. is high, but (international investors) are willing to pay a high price because of the certainty and the lack of relative risk.

REIT: Construction costs have risen sharply in recent months. What impact could that have on new commercial real estate supply?

Mayer: The increase in construction costs may slow investment a little bit. It’s hard to imagine, given the sluggish global economy and the slack U.S. labor market, that you should worry too much about construction costs.

Zandi: So far the increase in costs has been modest. I do think labor costs will increase, so as we move into the second half of the decade, the labor market will tighten and wages will pick up. That will be a source of pressure on construction costs.

I’m hopeful that the increase in material costs will be less significant. In general, construction costs will rise, but, having said that, the underlying demand for space will be strong enough that we’ll still get a substantial increase in construction.

REIT: Do you expect the level of activity seen this year in commercial real estate capital markets to continue into 2015?

Vandell: Yes, I do. The number of transactions might become less, but I still think the market will be active.

Mayer: We should continue to see moderately active capital markets. Both debt and equity capital are in good supply.

There are a lot of 10-year loans due to roll over in 2015. At the moment, there seems to be enough capital to meet that roll-over.

Zandi: There will be bumps along the way as interest rates rise, but I think, in general, we should continue to see strong demand for loans, and that will be evident in rising commercial mortgage-backed securities (CMBS) issuance. I do think capital markets in general should remain very active and vibrant—punctuated with periods of doubt, concern and instability, but generally an upward trend.

REIT: Looking at specific sectors, the multifamily sector has enjoyed very strong fundamentals of late. Do you expect that to continue, and are there other commercial real estate sectors you expect to outperform in the near term?

Davis: The demographic fundamentals for housing—multifamily and single-family—are phenomenal. Over the next few years, I expect a 50 percent increase in starts.

Mayer: Multifamily housing in general has been benefiting from tight credit in housing. I think there is going to be a concerted push from legislators in Washington, D.C. next year to encourage people to purchase homes who have been renters. We may start to see more of a pick-up in demand for owner-occupied housing as credit loosens a little bit in the owner-occupied market.

I do think we’ll see people coming back into the home-buying market in somewhat greater numbers than they have so far. That’s a bit of a risk for multifamily, but population growth does mean more people will also want to be multifamily occupants.

As for other sectors, hotels in many parts of the country are doing very, very well. There are also individual office markets, like tech markets in the Bay Area, where we’re seeing good demand.

Vandell: You’ll continue to get more household formation driving rental demand, but not at the same rate. That argues for caution about overshooting on the supply side, but the discipline imposed by public market pricing through the REIT sector mitigates such concerns.

In the industrial sector, there’s going to be increased demand for large fulfillment centers. It’s especially hard to find adequate industrial space near many of the developed ports.

Zandi: I think there’s more room to run in multifamily, particularly in terms of construction lending. I expect the underlying demand for multifamily to remain very strong for at least the next five to 10 years.

Fundamentals will improve for office if you buy into my outlook for the economy and jobs. I think there’ll be a lot of job growth, and that means absorption for office space. Industrial should be solid. Global trade, which has been halting throughout most of the recovery, should pick up pace as well. Hotels have come a long way. I expect good fundamentals there, too.

REIT: Are there other trends or developments that could impact commercial real estate going forward that you are keeping a close eye on?

Mayer:  In general, the CMBS market has certainly had ups and downs and there are still questions about how robust the recovery of securitized debt is going to be. That’s something I’m paying attention to.

Davis: There are a lot of demographic, political and global risk factors that will play out over the next decade for better or worse. In the short term, I’d keep an eye on employment and inflation. If we observe outsized inflation numbers, which I do not expect, the Fed may feel compelled to raise rates, which might be bad for real estate investments, especially if GDP growth and employment remain tepid.

The real risk to all of this emanates from the rest of the world, and that’s incredibly difficult to handicap. I worry that we’re going to get nailed by something outside our borders.