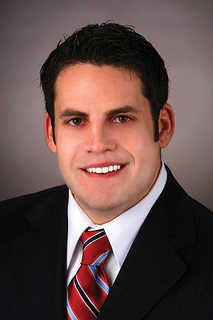 In general, what were the key findings of the 2014 NAREIT Compensation Survey in terms of hiring practices?

This year’s survey findings included responses from a record 130 stock exchange-listed Equity REIT respondents whose combined equity market capitalization reflects nearly 70 percent of the marketplace. The results show a rather bullish outlook in terms of hiring. Specifically, 94 percent of survey participants, a record for this question, indicated at the time of submission (May 2014) that their company has already started hiring or plans to hire in 2014.

Did this year’s survey results contain any surprises?

In one question on how bonus payments compared in fiscal year 2013 to 2012, just over one-half of participants indicated bonuses were higher in 2013, with a 1 percent to 10 percent increase being the most commonly reported option.

In a separate question, the vast majority of participants, 86 percent, reported that financial performance in 2013 was better than that of 2012, with nearly one-third of companies indicating that 2013 was the company’s best year ever. While the total return performance of REIT stocks was down in 2013 and underperformed the market, as one might expect, nearly twice as many participants reported declines in equity awards since those oftentimes are tied to performance of a company’s stock, either on an absolute and/or relative basis.

What are the major compensation-related issues that come up in your interactions with your REIT clients?

While this has been somewhat of a quiet year for executive compensation issues, there’s no shortage of items to address. Perhaps most notably, in light of the relatively volatile environment, boards are taking a more active position in terms of setting performance goals, ensuring there is proper rigor and scalability of achievement, and generally advocating for simplicity.

Earlier this year, I would say there was an unprecedented level of time devoted to proxy disclosure and ensuring that the compensation programs and performance thereof were properly communicated. We worked with many clients to create compensation discussion and analysis sections that depicted compensation decisions and relationship to performance with enhanced visual illustrations, which I suspect we will see more of in future years.

If you had to pick one subject that you think will receive more focus going forward, what would it be?

Discussions on succession planning are gaining traction in the board room—not just at the executive rank, but at the level just below.

From a compensation perspective, despite receiving more than 100,000 comment letters, it is widely believed that the Securities and Exchange Commission will soon finalize the calculation and disclosure requirement with respect to the contentious CEO-to-worker  pay ratio. While the rule is not expected to be required until the 2016 proxy season, this will likely receive a bit of attention in the board room next year as companies start to prepare. That said, as a meaningful portion of the public real estate industry only has employees based here in the U.S. and tend to have smaller headcounts than many other industries, this may not necessarily be a cumbersome task to eventually address.