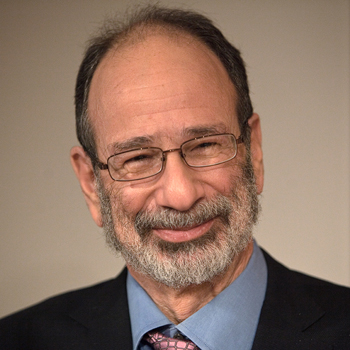 The invisible hand isn’t good enough. Or, more precisely, the law of supply and demand doesn’t really work for a wide variety of markets, according to Stanford University professor Alvin Roth. Roth shared the 2012 Nobel Prize in Economics with Lloyd Shapley for their work in the field of market design, an offshoot of game theory. His contributions in the field have helped iron out inefficiencies in a number of so-called matching markets in which prices are not easily discoverable. (Think of matching kidney donors to transplant recipients or placing students in public schools.)

Roth’s latest book, “Who Gets What—and Why,” takes a deep dive into the discipline of market design and some of its practical applications. REIT magazine interviewed him about the theory behind the science.

REIT: Can you explain what makes matching markets different from the classical concepts of commodities markets in economics?

Alvin Roth: Commodities markets are markets in which prices do all the work. When you buy 500 shares of AT&T on the New York Stock Exchange, the only thing you’re concerned about is the price. You’re not concerned about who you’re buying those shares from because all those shares are the same.

In lots of markets, prices don’t do all the work. You care who you’re dealing with and you can’t just choose what you want, even if you can afford it. Those are matching markets.

Labor markets don’t work like commodities markets. You can’t get a job at Google by just showing up. You have to be hired. Also, Google can’t just choose who to hire by offering a wage. They have to compete with Facebook and other companies.

Marriage is like that. You can’t just choose your spouse; you also have to be chosen.

REIT: You’re one of the key figures in the emerging discipline of market design. The field’s name is somewhat self-explanatory, but can you give us an idea of market design practitioners’ objectives? What are some of the problems that they’re trying to solve in matching markets?

Marketplaces are run by rules, and sometimes the rules work better than others. Sometimes they induce behavior that interferes with the efficient operation of the market. A change in the rules would make the market work better, market designers think like that.

As a field, we mostly start as game theorists interested in the rules of the game and how they influence how the game is played.

REIT: In your mind, what makes a free market?

Roth: A free market is a market that has rules that allow it to work freely. The analogy I give in the book is that a wheel that can rotate freely doesn’t rotate in a vacuum. It has an axle. It has ball bearings.

A market that works freely is one that has rules that allow it to become thick so that lots of people are present at the same time and can engage efficiently in transactions. Lots of people you can transact with, lots of things you can buy or offer for sale. The market’s rules also make it safe for participants to reveal the information they have to reveal and transact in the market to get what they want.

REIT: How do you know if a matching market is working or if there is room for improvement within the structure of the market?

Roth: Lots of markets presumably have lots of room for improvement. Every now and then, entrepreneurs develop a new market and show us a surprising one. But some markets are in real failure mode. They are working so badly that everyone knows they’re working badly. Those are the easiest to find and the easiest to get big groups of people to coordinate and act in a new way.

I think Uber, for instance, identified real problems in the ways taxis were organized in the United States. The [taxi markets] were each municipal monopolies licensed city by city. Their protection against entry was that if you wanted to do it in an entirely orderly way, you’d have to apply for licenses in every city in the country. Uber decided just not to do that. Now they’re sorting out the consequences of that.

In the markets I’ve been involved in, some of them have worked very badly for a while. The labor market for new doctors was having a lot of trouble. There’s a real shortage of kidney transplants in the United States, so you could see that there are failures of cooperation.

Markets are tools for people to cooperate with each other. When too many of these opportunities are being missed, there’s something wrong with the market.

REIT: What about on a more discrete level? If you’re an executive in the real estate industry, for example, how might you know if you could get better results by changing how you engage in your own micro-markets for deals?

Roth: I’m a sometimes observer and participant in the residential real estate market. The large role still played by realtors is surprising to me as prices and searchability have gone up.

Still, realtors’ commissions have remained steadily at high rates around the country, even as prices have gone up. Of course, there’s more competition among realtors, so it’s not necessarily the case that realtors are all getting rich. But I’m surprised by the high commissions that are still extracted in cases when it’s not clear to me that the realtors are providing a big service.

Alvin Roth is the Craig and Susan McCaw Professor of Economics at Stanford University. Prior to coming to Stanford, he was a professor at Harvard University for 14 years. Roth has consulted on a number of significant public policy projects in the course of his career, including reforming the national process for matching medical residents, pairing kidney donors and recipients, and matching students with high schools in the New York City and Boston public school systems. Roth shared the 2012 Nobel Prize in Economics with Lloyd Shapley, a professor at the University of California-Los Angeles.