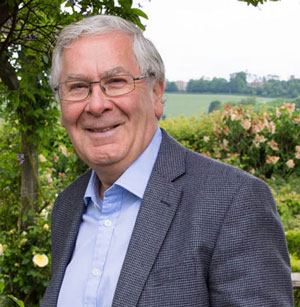 It was magic that felled the global economy in the late 2000s, according to the man in charge of England’s central bank at the time. Not a voodoo curse or sleight of hand, but the same kind of thinking that once led people to believe they could turn iron into gold.

Mervyn King served as governor of the Bank of England from2003 to 2013. In his book “The End of Alchemy: Money, Bankingand the Future of the Global Economy,” released earlier this year, King recounts his experiences during the worldwide financial panic through the lens of lessons learned from the crisis. He concludes that reforms to the banking system are needed to put an end to the kind of “financial alchemy” that dominated the sector leading up to the crisis.

REIT magazine interviewed King about the events that led up to thefinancial crisis, the hubris of economists, war games with the FederalReserve and more.

REIT: What is financial alchemy?

Paper money is only a piece of paper. It becomes valuable only because other people are willing to accept it. It’s the trust that you can redeem it for something worth having that makes it valuable.

REIT: Why choose magic as a metaphor for the financial system?

King: The idea is that somehow there is an element of magic involved in creating something that we all accept has value. The question is how can you ensure that this system works?

In some sense, there’s a price to be paid for this pretense. Who is paying the price? As far as the banking system is concerned, too often it has been the taxpayers, rather than the people actually using the banking system.

REIT: Your book makes an effort to avoid ruminating on the roles of individual policymakers or companies during the financial crisis in favor of looking at systemic issues. Does that mean that, in your view, the crisis was inevitable?

King: Yes, I think it was, based on what was happening: We were in an unsustainable position.

In the U.S., there’s a belief that the crisis started in the subprime mortgage market and expanded to take in the wider U.S. banking system as a whole. In turn, that led to problems, not just for the U.S. economy, but for the world economy.

In some ways, I’d like to reverse that and say actually that the real problem started in the world economy after the fall of the Berlin Wall and the conversion of China and a number of other economies that were in the Soviet sphere of influence into market economies. That created a lot more people working ... and gradually the savings that they were making became so large that they pushed down on interest rates. The consequence of that is that asset prices get pushed higher and higher. 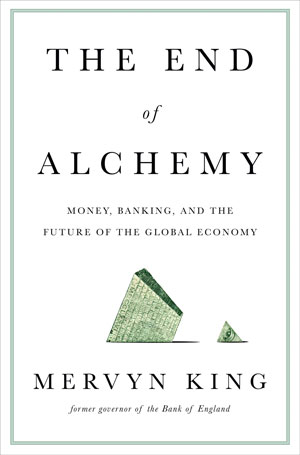 At that point, it wouldn’t have required a very big shock for people to ask questions about whether the banking system really was stable or not. That’s what happened to begin with in 2007. In a sense, any major bank could have failed. If Lehman Brothers hadn’t failed, then someone else would have, so I don’t think it makes sense to blame individuals.

It was a failure of an evolution of developments in the world economy. No one policymaker, no one bank, no one central bank or government actually could stop this. It would have required a much more coordinated attempt to prevent the crisis from actually emerging.

REIT:  You served as governor of the Bank of England for four or five years leading up to the financial crisis. Were there any signals that you picked up on or emerging problems during that early period that had you concerned about the state of the international financial system?

King: There were lots of discussions among central bankers about the unsustainability of what was happening in the world economy and this continuous fall in interest rates. The question was how would it come to an end?

There was even a “war game” between the British authorities and the American authorities. It was very hard to work out what would give first. When we had meetings at the IMF, the presumption was that there would be a sharp fall in the U.S. dollar, which would precipitate the crisis.

That might have happened at some point, but what people didn’t really appreciate was the rapid speed of the rise of the leverage in the banking system. That was the piece that would prove to be most vulnerable.

REIT: Do we place too much faith in the wisdom of economists?

King: There is sort of a mainstream policy view which economists put forward and which they claim is supported by a lot of empirical evidence. People ought to be a bit cautious about this. I think a lot of these propositions are debatable.

REIT:  That ties into your thoughts on “radical uncertainty,” or the recognition that future possibilities are limitless. This represents a fundamental weakness in any effort at economic modelling. We’re talking about events and probabilities that are, by definition, unknowable. How do you inoculate an organism as complex as the international financial system against that type of risk?

King: This is the key question.

I worry that in the attempt to pretend that they are more like physicists, the economists have tended to ignore anything that can’t be encapsulated in the form of a precise mathematical equation. If you can persuade yourself that all risks can be expressed in terms of well-defined outcomes to each of which we can attach a probability, then you can write down a mathematical equation and price all the risks and somehow persuade yourself that by generating enough markets in all these risks and new financial instruments that we’ve managed to tame the risks by pricing them and distributing them around the economy.

This is a very unrealistic view of how the world works. We simply do not know what the future holds. If we don’t know, there’s no point in pretending.

We have to be conscious of the fact that in designing a system, we need something that is robust with respect to shocks that we can’t easily anticipate. The message from that is don’t pretend that we understand so much about it that we should rely on large, complex models or regulatory frameworks. Simplicity is of the essence.

That’s why with the banking system, I think a number of economists have come to the view that the great virtue of asking banks to do more equity finance is that whatever the source of shocks in the future, if banks have enough equity finance, then it is there to absorb losses without that being a threat to depositors or other short-term creditors of the bank. Equity finance is a robust mechanism to defend the system.

So I think simplicity on the one hand and robustness on the other are the key principles. I worry that with this crisis and our regulatory response, we’ve gone a long way down the road of making it incredibly complex.

REIT: Do we need to re-evaluate how we view the roles of central banks?

This is the danger, and I think that if central banks start to go too far into doing things which are essentially fiscal by nature and taking risks with taxpayers’ money, then I think that will threaten the independence of central banks.

Central banks will be seen to be doing things that will sometimes go wrong and lose money. Who are these unelected central bankers to be making those decisions? The threat to central banks now is that they are being asked to do too many things and they’re being tempted to use policy instruments, which is going beyond their democratic mandate.

Central banks are buying assets to create money. People now feel that they should buy some other assets: private sector assets; some even suggest equities. In the case of the European central bank, it is buying bonds of those member states which cannot easily manage their own national finances.

Mervyn King is currently a professor at New York University and the London School of Economics. He previously served as the governor of the Bank of England from 2003 to 2013. During that time, he helped steer England’s central bank through the global financial crisis that gripped the capital markets beginning in 2007.