New REIT CEOs share their perspectives on leadership and their jobs.

During the past year, a new group of leaders have taken the helm at REITs across a variety of property sectors. They come from a variety of different backgrounds. Some are longtime hands at their companies. Others are newcomers to their new employers. All are hoping to further the tradition of steady leadership that has characterized the REIT industry for decades.

REIT magazine checked in with a number of these recently appointed CEOs to get an up-close view of their experiences so far and to see where they are focusing their attention as the industry continues to gain momentum.

Thomas August, DDR
“DDR’s focus on entertainment options at its centers is also helping the company—get out in front—of changing market trends.”

While Thomas August might be new to DDR Corp. (NYSE: DDR) and the retail sector, he is no stranger to the REIT industry. August currently serves as chairman of DCT Industrial Trust (NYSE: DCT). Previously, he was the CEO of Equity Office Properties Trust and Prentiss Properties Trust.

“I’d like to think I bring organizational management and strategy skills” that complement the solid retail knowledge base already in place within DDR, says August, who became CEO in July. 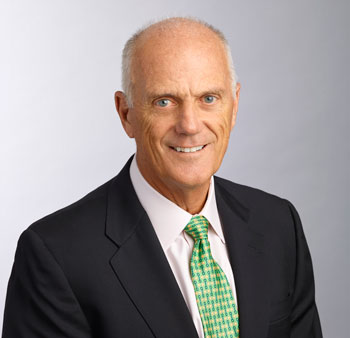 After a period of instability in the DDR executive suite, August hopes to shift attention back toward the value of the company’s real estate and the improvements in its portfolio. Since taking over, August has been getting up to speed on the retail business, reviewing all of the company’s individual assets, and meeting investors and stakeholders.

Among his priorities, August says DDR has acknowledged that leverage is “on the high side” and needs to be reduced. At the same time, DDR is looking to simplify its geographic base and streamline its existing joint ventures, he says.

With a limited pipeline of new supply, DDR is focusing on how to squeeze additional value out of all of its shopping centers, he notes. According to August, that could involve creating a better tenant mix, increasing densification by building on outparcels of land and possibly adding residential properties to the mix.

Meanwhile, August believes DDR’s lineup of value-orientated tenants, including Dick’s Sporting Goods, Ross Dress for Less and TJ Maxx, set the company squarely in the middle of what consumers want today. DDR’s focus on entertainment options at its centers is also helping the company “get out in front” of changing market trends, August adds. 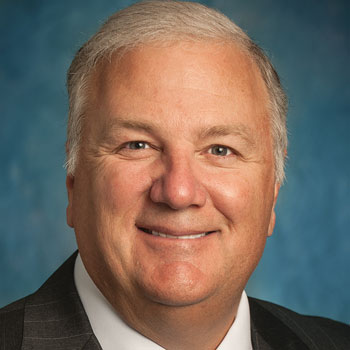 Jim Connor, Duke Realty
“The company is really positioned to grow, focused very much on development.”

Jim Connor took over the top slot at Duke Realty (NYSE: DRE) at the start of 2016, succeeding Denny Oklak, who retired after almost 12 years as CEO. Connor had held the COO role for the three years previous, so his selection as CEO was widely anticipated. He says the transition has been “seamless.”

Connor says his goal as CEO is to “stay the course of our strategic plan.” Connor played a leading role in developing the plan, the largest part of which involves exiting the suburban office business to focus exclusively on industrial and medical office properties.

“Everyone is committed to the strategy. We don’t have any naysayers within the group and we’re operating at peak efficiency right now,” Connor says.

Duke Realty is on track to be virtually out of the suburban office market by the end of 2016, according to Connor. Meanwhile, he says the company’s holdings in the industrial and medical office sectors are performing well. “There’s a great deal of investor demand for the product and for companies that perform well in both sectors,” Connor notes.

Duke Realty is also focusing on disposing of non-strategic land. The company has cut its holdings of vacant land from almost $1 billion to about $340 million. Connor says further reductions are possible.

“We’ve been doing a lot of heavy lifting internally. Now the company is really positioned to grow, focused very much on development,” Connor says. Even though it’s challenging to find acquisition opportunities today, Connor says the company will be ready to act once market conditions become more favorable.

Other priorities for Connor include continuing to de-lever Duke Realty’s balance sheet over the short term. One goal that Connor has already achieved: meeting with every independent member of Duke Realty’s board of directors on a one-on-basis to gauge their opinions on the company.

“Getting to know the independent board members and really working closer with them has been the most fun,” Connor says. 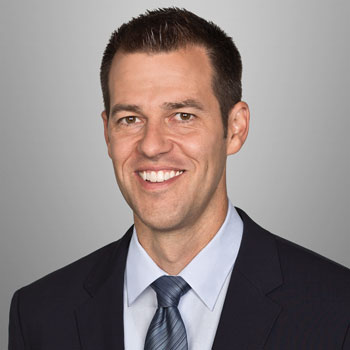 Jay Brown, Crown Castle International Corp.
“As consumers, we have what seems like an insatiable appetite for wireless services.”

Jay Brown, president and CEO of tower REIT Crown Castle International Corp. (NYSE: CCI), points out that when he joined the company in 1999, a little more than a quarter of the U.S. population had a cell phone. Texting and social media simply didn’t exist.

Today, the digital picture looks quite different. “As consumers, we have what seems like an insatiable appetite for wireless services,” Brown says.

As wireless carriers pursue a “nearly ubiquitous network” across the country, Crown Castle serves as “basically the foundation of that wireless world that we are increasingly becoming,” according to Brown. He likens Crown Castle’s role to that of the 19th century railroads that drove economic growth across the United States and around the world.

Brown was appointed president and CEO of Crown Castle in June, succeeding Ben Moreland. Brown, who previously served as CFO, describes Moreland as a “tremendous mentor and help” during the transition process.

After months on the job, Brown says Crown Castle’s primary goals are threefold:

Brown explains that the vast majority of Crown Castle’s capital allocation is going to the country’s top metro markets, which is in line with the preference of wireless carriers to invest based on population density. Given growing consumer demand for wireless services, Brown believes there is a long runway for wireless investment as the wireless carriers continue to expand and enhance their networks.

Brown also underscores the fact that Crown Castle has shed foreign assets so that the company can narrow its geographic focus to the U.S.

“We’ve found that the U.S. market is the fastest and largest growing market in the world for wireless communication,” he says.

Looking to the future, Brown anticipates further development of wireless services “that change and improve the way we live.”

“I’m pretty excited about what lies ahead for us,” he says. 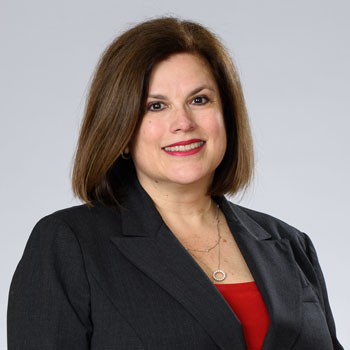 Maria Hawthorne, PS Business Parks
“Right now the wind’s at our back. Markets are strong. Metrics are favorable.”

PS Business Parks (NYSE: PSB) President and CEO Maria Hawthorne says she took over a “very well-oiled machine” when she was promoted to the top job in July.

Hawthorne would know: She has been with PSB and its predecessors for more than three decades. In 2013, she was promoted to chief administrative officer. In 2015, she was named president.

“There were no surprises. I know the company. I grew up with the company. I know our investors and analysts, and they know me. It’s been very seamless,” she says.

Having inherited a solid balance sheet, Hawthorne sees potential across the company’s portfolio.

“Right now the wind’s at our back. Markets are strong. Metrics are favorable,” she says. “We’re in very deep markets where we could grow.”

Acquisitions are a challenge at this point, though, with commercial sales for industrial and flex properties at all-time highs, Hawthorne notes. However, PSB’s lack of debt means that “when we see the right opportunities, we can certainly do something major, as we’ve done in the past,” she adds.

Hawthorne points to Dallas and Los Angeles as examples of “billion square foot markets” where the company is looking to leverage its existing decentralized platform and expand its current portfolio of 28 million square feet. She points out that PSB ideally likes to find underperforming assets where it can add value.

As for goals to go along with her new job, Hawthorne says she is focusing hard on employee engagement. PSB both leases and manages its properties, putting its staff in direct contact with tenants. “If we can increase employee satisfaction and engagement, then that will lead to higher customer satisfaction with our tenants,” she says. 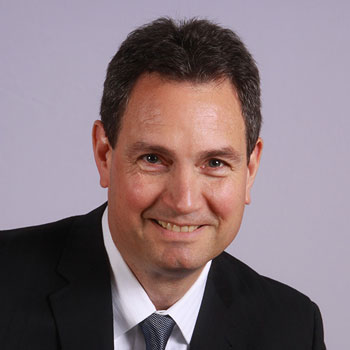 Mendelsohn became president and CEO of NHI in October 2015 after holding the position on an interim basis for two months following the departure of J. Justin Hutchens to HCP Inc. (NYSE: HCP). Mendelsohn had joined NHI in January 2015 as executive vice president of corporate finance.

A lawyer by training, Mendelsohn describes himself as a consensus builder who likes to do his research before making any big decisions. He says the first few months on the job involved numerous roadshows to explain the change in management and to re-introduce existing management.“I recovered quickly, the company recovered quickly and I think we’ve established ourselves as a solid performer as a REIT,” he says.

While assuaging the concerns of investors was Mendelsohn’s initial goal as CEO, he is focusing in the long run on maintaining the company’s recent growth.

“NHI is still very much a growth story; we think there’s a lot of opportunity in the Midwest and the South, where we specialize,” he says. “If you look at the past five years, you’ll see an average growth trajectory of 10 percent a year. We are committed to keeping that level of growth going forward.”

Because NHI is more flexible and more regionally oriented than many of its peers, according to Mendelsohn, the company has a property pipeline “that generally has better economics around it.” NHI is also constantly reviewing its portfolio for other product types in which to invest and create new opportunities, such as specialty and psychiatric hospitals.

Mendelsohn describes the conditions for acquisitions and development at NHI as “excellent.” He notes that while low stock prices have slowed the company’s peers, NHI is a different story.

“We still have plenty of dry powder,” he says.