DCT Industrial responded to the recession of the 2000s with a strategy that emphasized having a presence in local markets. The move positioned the industrial REIT and its employees to deliver better results. 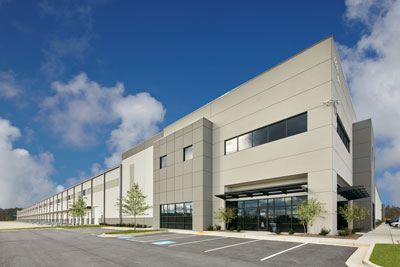 When DCT Industrial Trust (NYSE: DCT) went public in 2006, the company’s executives couldn’t foresee that the U.S. was on the cusp of one of the worst recessions in modern history. When the downturn did hit, it was a wake-up call for the management team.

“Our balance sheet was pretty good by industry standards at that time,” DCT President & CEO Phil Hawkins says of the financial crisis, which began at the end of 2007. “But we quickly found out, as everybody else did, that it wasn’t good enough given the downturn.”

As part of its IPO, the firm had identified select areas of transformation to address to build DCT into “a really strong company.” One was deleveraging its balance sheet to create more flexibility and, as Hawkins puts it, amass “more dry powder.”

The transition was already underway as the economic crisis began. Instead of hunkering down to weather the economic storm, the company actually took advantage of some of the unforeseen benefits of the recession.

For example, DCT hired talented employees who may not have been available in a more robust economy. Prior to 2009, DCT had only developed properties through third parties, but the company began to bring that expertise in-house and shift into development and redevelopment, buying buildings that were vacant. It also built up an internal property management group to help interact more regularly and directly with customers.

Hawkins also notes that the firm made a number of acquisitions during that period at favorable prices, including a dozen buildings in Southern California at the end of 2010 and in early 2011. He says they “have proven to be historically phenomenal acquisitions.”

“I think we exited the downturn in better shape than any of our peers, actually,” Hawkins says of Denver-based DCT, which today has a total market cap exceeding $6.2 billion.

Another critical change the firm made post-IPO was to transition to a market-based structure. The move made DCT’s portfolio more manageable, shrinking it from 33 markets to fewer than 20. This structural realignment was key, Hawkins says, because it allowed local teams to be more entrepreneurial and creative with how they approached potential deals. “What distinguishes us is the people on the ground,” he adds.  “A lot of what we’ve been able to do has happened because people have identified opportunities that are probably not marketed early on.”

Art Barkley, a senior vice president in DCT’s Dallas office who joined the firm in 2004, says the move to a market orientation made a huge impact on the company.

“It was a complete metamorphosis in how we run the business,” says Barkley, acknowledging that in the earlier days of the firm when he handled multiple markets, a lot of his time was spent up in the air. The transition to a bottom-up, local approach, he says, has benefitted both the company and its employees.

“It’s a better life personally because everyone is home. It’s a better life because you’re spending your time trying to find opportunities, instead of navigating security lines,” Barkley says. “And, inevitably, the relationships that you develop at 5 o’clock cocktails, at breakfast meetings—you just get more information, and you really get an opportunity to make deals that you otherwise wouldn’t.”

In fact, Barkley claims, the deals DCT’s Dallas office has done in the last several years wouldn’t have even been possible under the old model. They include a 112,000-square-foot, class-A, multi-tenant development planned near Dallas/Fort Worth International Airport.

Overall, the change to a streamlined market focus has helped transform DCT’s portfolio. Teresa Corral, DCT’s executive vice president for investments and portfolio management, calculates that the industrial REIT has deployed $2.8 billion of capital since the 2006 IPO, with $1.8 billion of lower-growth assets being sold to help fund that spending. 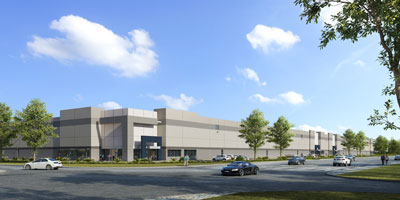 “As CFO, I’d love to be monolithic because then it’s easy to control. Everything’s done the same way,” Murphy says of running DCT’s 11 market offices, in addition to the Denver headquarters.

Ultimately, however, allowing individual market leaders the latitude to react to subtle local variances and customs simply allows them to make better real-estate decisions, according to Murphy.

“It’s a very logical way to do business,” he admits. “But it’s pretty unusual for a big, national public company.”

Like the rest of the industrial sector, DCT’s market offices are feeling the ripple effects of urban migration. Adjacency to downtown areas has long been critical to the success of residential and commercial real estate developments. Proximity has become increasingly important in the industrial real estate market as well, in large part because of the rise of e-commerce and the lure of same-day delivery.

It’s a trend that DCT has been well positioned to take advantage of, in part because of the firm’s proclivity for infill locations. The proximity to downtown urban cores has made these locations increasingly attractive to e-commerce competitors such as Amazon and Google, especially as speed of service has become more critical to their operations than lower sales tax rates. It’s a shift that DCT didn’t anticipate, but its commitment to location first—especially to properties with higher barriers to entry—put the company, so to speak, in the right places at the right times.

Demand for same-day delivery and explosion of e-commerce has dovetailed well with DCT’s realigned strategy.

“Since coming public, DCT’s management has refined its investment strategy and has distinguished itself by identifying attractive one-off investment opportunities in markets with large population bases,” says Eric Frankel, an analyst with real estate research firm Green Street Advisors. Those larger markets, Frankel adds, are “where e-commerce-related warehouse leasing has been the strongest.”

“We didn’t predict this trend seven or 10 years ago,” Hawkins says of industrial real estate’s migration toward urban centers. “But we did want to own real estate that as a REIT we’d be proud and happy to own for a long time. You don’t do that buying in the next corn field five miles further out.”

Hawkins noted on a recent call with investors that Amazon is now the firm’s largest customer—despite not being among the top 10 just a year ago—in large part due to the Seattle-based retail giant’s shift toward infill locations.

So what does DCT see as the major challenge in the next 10 years? Murphy, who has worked in both the industrial and multifamily sectors, says it all comes down to flexibility.

“‘Generic’ is like the ultimate compliment in the industrial sector,” Murphy says, “so that, no matter what our tenants do, our buildings will help them.”

The challenge, he says, will be to continue to drive development to make DCT’s buildings as accommodating as possible to the broadest number of tenants, both in terms of location and physical characteristics. That’s no small charge when it comes to working with customers like Amazon, which is known for its fondness for disrupting the status quo. Yet, Murphy says the industrial sector’s job isn’t to predict what the technologies and distribution systems of the future will look like, but simply to facilitate the solutions their tenants conceive.

“We need to make sure we’re part of the solution for the companies that are driving innovation, as opposed to an impediment that they need to drag along kicking and screaming,” Murphy says. “That’s our charge for the next two years, five years, 10 years.”

For now, though, DCT’s outlook is rosy, according to Hawkins.

“Market conditions remain as favorable as I have ever experienced,” he said recently. “From everything we see and hear on the ground, we expect this favorable operating environment to continue through 2016 and well into 2017, if not longer.”