Ask Boston Properties (NYSE: BXP) CEO Owen Thomas what sets the U.S. office markets that are currently thriving apart from those that are not, and his answer is simple: innovation.

Since the financial crisis, industries such as technology, life sciences and digital media have driven job creation, Thomas says. For example, according to a 2016 JLL study, employment growth in the technology sector is currently outpacing total job growth by a ratio of more than 2-to-1 nationally.

Boston Properties, like many peers in the office sector, is focusing on the innovators.

“The cities where we’re invested are places where those innovative industries are located, such as the tech industry in San Francisco and Boston and life sciences in Cambridge,” Thomas says. “We’re even seeing an active growth pattern in tech employment in New York City.” 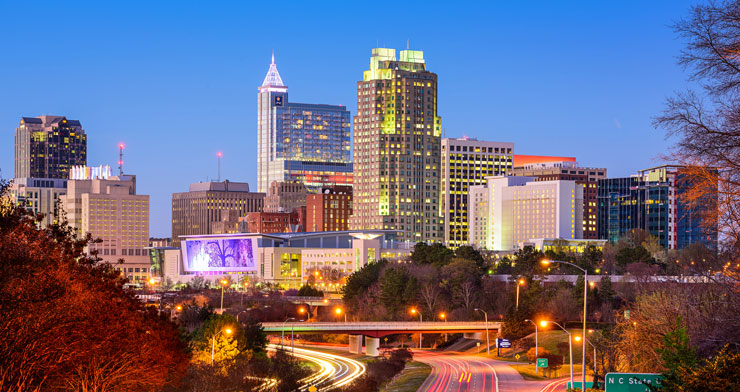 Growth in those industries is spilling over into office markets beyond the traditional science and technology strongholds such as San Francisco and Seattle, too. At the same time, restrained levels of construction are pushing rents higher, says Ryan Severino, senior economist and director of research at Reis.

We like locations with high barriers to entry such as physical or legislative constraints, but not absolute barriers.
– Owen Thomas, CEO, Boston Properties

Consequently, office market observers note that some businesses are relocating to secondary markets. As an example, pricing issues for office space in San Francisco are driving some firms to Bay Area neighbor Oakland, according to Sean Coghlan, director of U.S. investor research at JLL.

Office market stakeholders say the rationale behind where companies set up shop is changing, too. Employees today see where they work as an extension of themselves, according to Alexander Goldfarb, senior REIT analyst with Sandler O’Neill + Partners, and choose a job in part based on location.

Victor Coleman, CEO of Hudson Pacific Properties (NYSE: HPP), says that instead of senior management deciding where to locate their offices, companies are now focusing on attracting young, talented employees who want to be part of an urban lifestyle.

“It’s not just about the office itself,” Coleman says. “Employees want to be near other companies for collaboration and near retail, restaurants and where they live.”

Additionally, location has become a function of a desire to be close to others in the same industry, according to Severino. He says the benefits of networking are so strong that tech companies, in particular, continue to move to Northern California and Seattle in spite of their high costs.

Many firms “periodically relocate jobs out of New York or other expensive markets for cheaper office space,” says Thomas. However, he says, companies in the innovative industries “tend to cluster in growing and more expensive locations.”

“They need access to educated employees and to the creative eco-system that evolves in places like San Francisco and San Jose. These companies are willing to spend more money to relocate to places to be close to other companies in their business.”

In other cases, companies may not feel as tethered to their traditional home bases. “Some of the banks and other financial services companies realize they can find an experienced employee base in other cities than New York and be able to pay them a lower salary and pay less in office rent,” Goldfarb says.

A mix of job growth, limited supply of space and clustering of businesses in similar industries are combining to make a variety of business strongholds and up-and-coming locales some of the strongest office markets in the country.

Severino says the Big Apple’s office market is changing. Even though the financial services industry isn’t expanding as much as it has in the past, vacancy rates remain low in New York thanks to a lack of supply, he says.

According to CoStar data, New York’s office vacancy rate sat at 9.2 percent in the second quarter of 2016, almost unchanged from the same quarter in 2015.

“In New York City, there are a handful of offices being built in Midtown, and, of course, the Hudson Yards and World Trade Center developments are going up downtown,” Thomas says. “But we still see demand outpacing supply and good rent growth there.”

According to 2016 study from JLL, New York experienced 75.5 percent growth in tech employment between 2001 and 2015. Some of those companies in the area are moving into non-traditional office spaces in places like Brooklyn.

On top of the Bay Area’s well-known appeal to the tech industry, rents in San Francisco historically have been driven higher because of so-called Proposition M. Implemented in 1985, the law limits new office development to 950,000
square feet annually: 75,000 goes to small offices, leaving 875,000 for larger office developments. 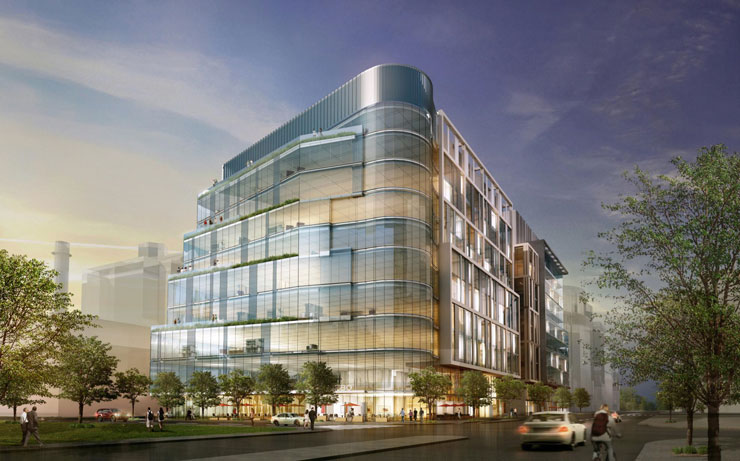 The East Bay is serving as San Francisco’s release valve. CoStar reports that the area has seen office rents increase 12.3 percent from over a year ago; vacancy rates there have significantly decreased.

Amazon, which is accumulating more space for its cloud software engineers, occupies nearly 15 percent of the available office space in the city, according to Moglia.

“Big companies are putting their cloud computing divisions in Seattle because that’s where they can find the software engineers they need,” he says. Goldfarb attributes some of the growth in Seattle to companies making “rational decisions” to move out of San Francisco because of its high cost of living.

Instead of senior management deciding where to locate, companies focus on attracting young talent who want to be part of an urban lifestyle.
– Victor Coleman, CEO of Hudson Pacific Properties

L.A. is the entertainment capital of the world. Still, business in the city goes beyond Tinseltown, according to Coghlan.

“The Los Angeles office market has had very strong growth throughout 2016 because it’s a diversified market with more than just media and entertainment,” he says.

Moglia points out that unlike many cities, office space in L.A. isn’t clustered in the city’s central business district. Instead, sectors have set up enclaves throughout the area. 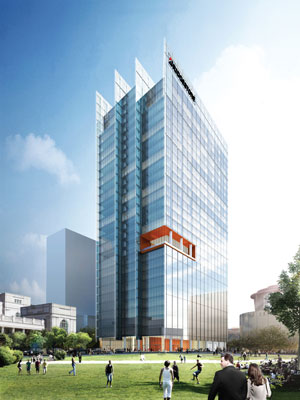 “Nashville is our version of Usain Bolt,” says Ed Fritsch, CEO of office REIT Highwoods Properties (NYSE: HIW). “Nashville leads the pack in every statistic from unemployment to job growth to net absorption.”

In Forbes magazine’s annual rankings of the best cities for jobs, released in July, Nashville placed fourth overall. Nashville’s unemployment rate was just 3.5 percent, compared with the national rate of 4.9 percent. According to CoStar, vacancy rates were 4.54 percent, the lowest level since 2000. Nashville office rents rose by 8.6 percent between the second quarter of 2015 and the second quarter of 2016.

Fritsch says that the presence of the country music industry creates ballast for the local economy. Health care and insurance are other dominant industrial sectors.

“Nashville has several vibrant submarkets, including SoBro–South of Broadway, where we’re building a 34-story office tower for Bridgestone,” Fritsch says. “Nashville is attracting millennials who want the urban experience but with a lower cost of living.”

Lower cost of business, quality of life and the presence of major universities are attracting employers to Atlanta, according to Fritsch. The city also has Hartsfield–Jackson Atlanta International Airport, the busiest in the United states.

As an additional bonus to office real estate owners, Atlanta’s economy includes a diverse range of businesses, so it’s not dependent on the dynamics of any particular industry, Fritsch says.

Fritsch also touts the fact that Georgia—like Tennessee and North Carolina—is a right-towork state. Right-to-work states allow workers to choose whether or not to join a union, rather than requiring them to join one or to pay dues. Right-to-work is generally thought to favor businesses.

Shared Workspaces the Airbnb of the Office Market? 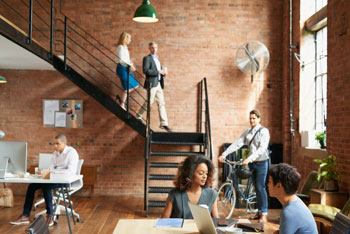 Shared workspaces—those in which entrepreneurs, contractors and freelancers work in areas leased by companies such as WeWork, Industrious, MakeOffices and Regus—currently occupy more than 27 million square feet of office space or just 0.7 percent of all U.S. office space, according to a recent report by JLL. The real estate research firm predicts continued growth in shared workspaces as the Bureau of Labor Statistics estimates that the number of independent workers will grow from 30 percent to 40 percent of all workers within the next five years.

JLL’s study shows that shared workspace demand is highest in the same markets where other tenants demand space, such as urban markets and mixed-use submarkets that appeal to millennials in New York, Chicago, Los Angeles, Boston and other cities.

The uncertainty about shared workspaces lies in concern about whether demand for these spaces will continue during an economic downturn when small businesses and independent workers may need to cut costs. JLL’s researchers think demand could continue apace. A new recession could create a new wave of independent workers that, in turn, would want to lease shared space.