There’s a current of concern drifting through some in the investment banking community over what they view as a maturing real estate market recovery. On the other hand, many bankers see more of the same in 2018 as gross domestic product continues its path of modest growth combined with low interest rates and open debt markets.

REIT magazine spoke with bankers to gauge their outlooks for the real estate market in the coming year.

What’s your general outlook for real estate for 2018?

Greg Steele: A GDP growth rate next year of around 2 percent, similar to 2017, would support a relatively healthy real estate environment and probably mean lower long-term interest rates over the next year.

Schecky Schechner: My outlook is neutral with a bias to the upside. We are nine years into a cycle that is already long. Opportunistic funds have to worry about multiples of capital and returns, so they are unlikely to invest in something with a five-year time horizon. But if you’re a sovereign wealth fund, and if we are going to have a downturn in two to three years, as long as you are buying the right real estate in the right market, you are OK.

Neil Wolitzer: On the private capital front, there is significant equity and debt capital ready to be invested in high-quality, well-located assets. On the debt side, owners have numerous borrowing options. The CMBS market is open and accessible to a wide variety of borrowers. Investment-grade bond issuers across a broad range of subsectors have also been enjoying a very constructive market.

Q: Looking ahead to 2018, what shapes a bullish view for REITs?

Jeffrey Horowitz: I think that 2018 sets up well for REITs. If interest rates and growth rates remain low, REITs should continue to be attractive, in general, given their dividend yields and total return profiles. Certain REIT sectors, such as data centers, industrial and single-family homes, should have particularly higher-growth profiles, given secular trends.

Ashi Mathur: There’s a bifurcation among sectors. Malls and strip centers are hit the hardest due to the Amazon factor. The flip side to that is people will continue to buy; it’s just a matter of how. So it’s a significant positive for the industrial space, as it continues to serve fulfillment centers. They have an opportunity to benefit from further rent increases because of the supply-demand factor. 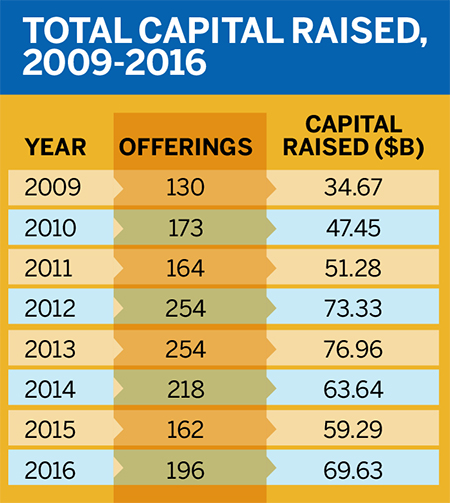 Overall, the best-performing REITs will be supported by investors looking for REITs that drive values and cash flows. Investors are going to favor those REITs that cover their dividends by a significant amount, those that meet earnings forecasts and find ways to return value to shareholders.

Steele:  If you look at specific asset classes, you can see some very positive signs of where we’re going in 2018. In medical office, we see decreasing cap rates in a number of high-profile trades, so valuations will continue to be robust. E-commerce will continue to positively impact industrial sites, particularly the urban, last-mile locations. Data centers will continue to have robust demand from the cloud providers and corporate users.

Wolitzer: Real estate will benefit from the increasing flow of institutional private capital into hard assets, which could represent a very long-term trend. Institutions such as sovereign wealth funds, pension funds and insurance companies are taking a more prominent role in acquiring real estate, including partnering with publicly traded REITs and taking companies private. Institutions are also venturing into more specialized real estate, such as data centers, student housing and self-storage.

Q: How do you think it looks for interest rates going forward?

Horowitz: Rates have already been low for an extended period in markets all over the world. In low-growth economies with very modest inflation, it appears that rates will likely remain low.

Mathur: The economy is strong overall, so I do see longer-term rates rising, albeit at a more graduated pace. Some of the noise we are seeing in the market of rising rates involve shorter-term three-month Treasuries, which more than doubled March through July. I think the 10-year Treasury will move up when things with shorter-term rates settle down on the back of a stronger economic outlook.

Schechner: Everyone’s assumption is that U.S. interest rates are going up and year-to-date, they haven’t moved materially. Over the last four years, many people have said the 10-year would rise to 2.75 percent to 3 percent. It’s hard to predict. Until rates for comparable government bonds for Europe go up, we’re going to stay low. That said, when rates eventually go up, it will happen quickly, with everyone jumping on board.

Q: What are the factors that are concerning you?

Wolitzer:  One could argue that the cycle is getting a little long in the tooth. Further, overall cap rates are equal to or lower than levels seen before the Great Recession. 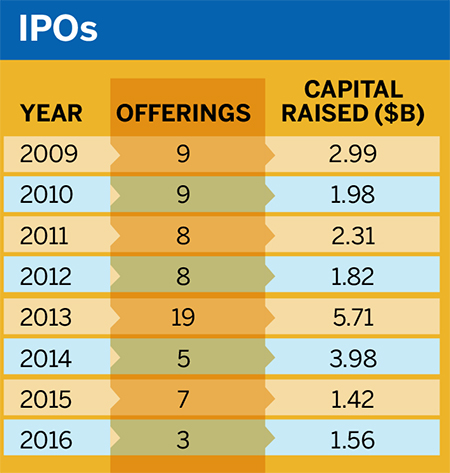 But the important nuance to remember is the spread between capitalization rates and 10-year Treasuries is now three times larger than it was pre-recession. Further, we are generally not seeing the same high loan-to-value deals that were much more common before the financial crisis.  Deals are being financed today in a much more thoughtful, balanced way.

Schechner: It’s never healthy to have political uncertainty. We are in unprecedented territory there. Longer term, the other concern is all of the disruptive technologies out there and what they mean for real estate. For example, autonomous cars are going to change how we think about real estate, and how they affect how people live and work.

Horowitz: My main concern is if interest rates were to quickly rise. With an increase in passive investing, REITs have the potential to be more rate sensitive, and a rise in rates could lead to outflows. Passive investors now also own approximately 35 percent of a typical REIT, which also has implications for how REITs trade and their liquidity for investors.

Steele: We have seen very little real wage growth since the recession; yet, there has been some inflation in nondiscretionary items such as health care, college tuition and housing. So consumers are definitely squeezed. We are a very consumer-driven economy, and real-wage growth would translate to things such as growth in retail same-store revenues and perhaps multifamily rents.

Mathur: We continue to keep an eye on store closings for some of the big box retailers. Real estate owners who have a large portion of business in that space are going to have to adjust, recrafting the malls and strip centers to adapt to the changing environment and attract more tenants. Another concern is the real impact of a rise in interest rates. It’s harder for net-lease players and health care sectors to pass along increased costs because of the longer-term leases. Their equities are the most sensitive to a rise in rates.

Q: How would you say that M&A volume looks?

Schechner: We’ll see more of the same pace. REIT M&A deals are a little bit of the law of small numbers, therefore it is very episodic. Yet, if you consider buying and selling of $2 billion portfolios as M&A, you will see significant activity in the industrial space, with acquisitions of big portfolios.

Horowitz: M&A activity has been fairly consistent for the last couple of years. As our sector has become more mature, I think it’s often specific circumstances that have led to much of the deal volume. For example, it could be succession issues, shareholder activism where stocks have underperformed, or where there are true operating synergies. My sense is these types of trends will continue to drive activity.

Wolitzer: M&A volume is highly correlated to GDP growth, so as long as the overall economy remains robust, M&A dialogue and deal volume should remain healthy. CEO confidence is generally quite high. This is a positive implication of a low-volatility world. Shareholders also tend to be supportive of deals in this current market environment.

Q: What are your thoughts on M&A at the sector level?

Mathur: In the medical office space, a number of players are trading at healthy premiums to net asset value, and they will continue to look to grow in size and scale. The health care space has valuations and benefits of scale. The retail space, with a steep discount to NAV—more from a value-trade perspective—could undergo consolidation.

Q: What do you think we will see in terms of REIT IPOs?

Mathur: The reasons to pursue an IPO really need to be there. Generally, [for] the companies that do well, they are looking for a broader reach in terms of investor base and ongoing access to capital. And with the right historical track record of the management team, those are the names that continue to be well received by the public markets.

Horowitz: I don’t think that there will be a broad wave of IPOs. IPOs are more likely to occur in niche sectors, where there aren’t as many existing players, or in new spaces. They may also occur where companies have a different strategy than existing companies. For example, a company that may purchase suburban assets, whereas the current publicly traded companies all own urban assets. 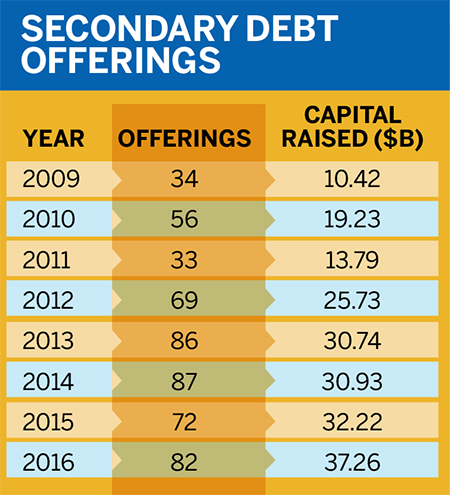 Steele: Barring any significant market turmoil, activity should remain at current levels. Investors still have an appetite for well-managed companies with proven management teams, especially those with public company track records. Investors will also be receptive to companies with a unique take on some of the common investment themes out there, or simply a unique way of delivering value to investors.