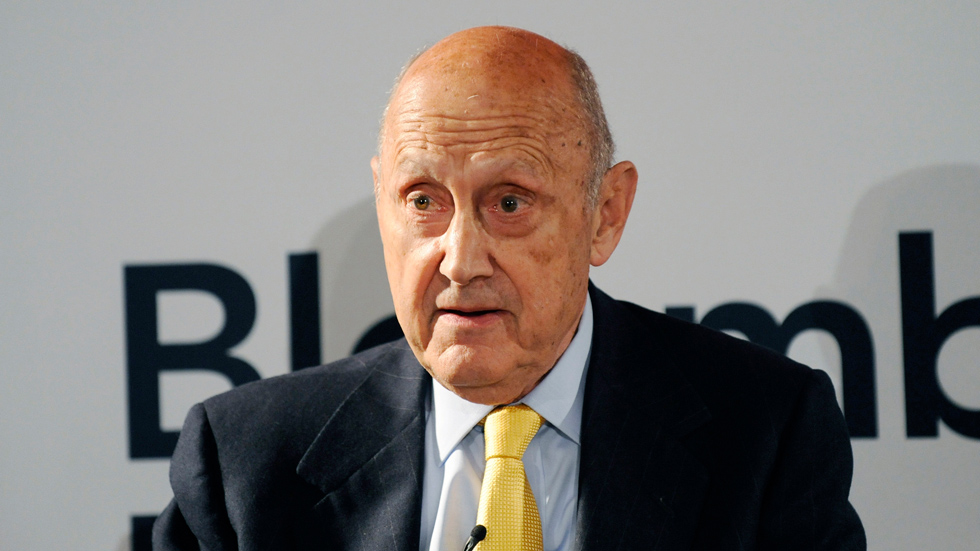 Princeton University economics professor Burton Malkiel is the author of “A Random Walk Down Wall Street,” an investment classic first published in 1973 that launched the movement toward passive index investing. Born in 1932, he graduated from Harvard College and Harvard Graduate School of Business and received his Ph.D. from Princeton. Malkiel says investors should proceed with caution in the current investment climate. He also argues that real estate is reasonably valued and deserves a significant allocation within a long-term investor’s portfolio.

Q: Given that it’s been a decade since the great recession, where do you see the U.S. economy at this time? Do you have any specific areas of concern?

As you know, one of the more reliable forecasts of a recession is an inverted yield curve, and that has been flashing red lately. In the past, this generally signals a recession is coming, but I’d be careful not to make too much of it because there have been times, including a few years ago, when a recession didn’t follow that signal. I always think of the economist Paul Samuelson’s famous quip that ‘the stock market has predicted nine of the past five recessions,’ which of course derides the power of the stock market to predict the economy.

I would advise people to be cautious about the inverted yield curve in that regard; it doesn’t necessarily foretell a recession. Another concern is the current so-called ‘trade war.’ I think trade wars are generally bad, and an outbreak of an all-out trade war could very well trigger a recession. That said though, at the end of the day, I don’t think anyone has any idea of what will happen. We go from tweets that suggest despair to a situation where everybody’s talking again, so it’s anyone’s guess as to what will ultimately happen.

Clearly that kind of tension does affect confidence, and it impacts business planning too. It’s really pretty hard to plan when you don’t know from one day to the next what will happen. I think a third concern is that Europe is definitely slowing down. If you look at Germany, which has been the powerhouse of Europe, they’ve experienced some negative economic readings recently. So, to sum it all up, I think it’s a time of extreme caution. That would be my watch words of the day. I’m not saying that there is going to be a recession, but let’s put it this way; there are a lot of clouds in the sky and we need to proceed with caution.

Q: You’ve said that REITs deserve a position in any well-diversified portfolio, but many large fund managers don’t focus on REITs as a meaningful asset class for their fund structures. What do you like about REITs from an investment perspective?

Look, we live in a world in which everything is expensive right now. By that I mean expected returns, really on all asset classes, are lower today than they have been in many years. For example, the 10-year Treasury yields less than 1.5% right now. Stocks are expensive relative to their cyclically-adjusted price to earnings multiples. And presumably one should expect somewhat lower total returns from the equity market than has been the case in the past.

Let me also say that one of the other reasons why I would absolutely not give up on real estate is that while many people believe that we will never have inflation again, we have loose monetary policies now in Europe and Japan and our own Federal Reserve is in the mode of reducing interest rates. We have this body of thought called New Monetarism, which suggests that maybe we can run deficits and monetize them without inflation breaking out.

When I hear all of this talk, my feeling is, let’s not be too confident that inflation is dead and gone forever, because eventually, as Milton Friedman has taught us, with more money sloshing around the international monetary system, there is always a chance that inflation is not a thing of the past. And one of the things that I like and continue to like about real estate is that it has been, and I think will continue to be, one of the more reliable inflation hedges among all the asset classes.

Q: Why do you think pension plans have invested so little of their allocations to REITs?

In general, a lot of pension plans don’t allocate enough money into equities. For a pension plan that has a fixed liability—in other words, a plan that mandates you have to pay out X dollars in five years—then certainly a fixed income investment vehicle is appropriate for that.

But, if you have a pension plan that has liability that is not fixed and that will grow with inflation, coupled with the increasing life expectancy of most human beings, then that pension plan is making a mistake. If it simply invests entirely or in large proportion in fixed income, that pension plan needs equity, and I believe that real estate should be a significant portion of those equity allocations.

Q: In the 2014 rerelease of “A Random Walk Down Wall Street,” you advocated for a few real estate mutual funds and ETFs, including Cohen & Steers Realty Shares Fund and Vanguard’s REIT Index Fund. Do you still like these picks five years later?

Yes, I do. And I would still say that if I were to do just one thing as an investor who had nothing in real estate and wanted some exposure, that the low-cost Vanguard REIT Index Fund would be my first choice of real estate investments.

Q: Research from various consultants, including Morningstar and Wilshire, have led some people to make the case for the optimal allocation to real estate investment to be in the range of 5-15% of a portfolio. Do you agree?

My sense is that today, that is too low. For a long-term investor I would suggest making real estate a larger percentage of their equity investments. I would even suggest a higher proportion to maybe 15-25%. The percentages that the consultants are advocating are too low in my judgment.

Q: Do you view REITs as a strong investment consideration when other asset classes are overpriced?

I think all assets are overpriced right now. For example, this is a difficult environment to invest in bonds, given an inadequate rate of return. Germany just sold 20-year bonds at a negative interest rate. That’s not an environment that’s good for bond investment. And equities in general are expensive; real estate cap rates have come down, including REITs.

The returns from investing in real estate will probably be lower than they’ve been in the past on a relative basis. Real estate remains an attractive investment. Maybe I should put it in a different way; real estate is relatively less overpriced than a number of other asset classes at this time. There’s no question in my mind that real estate deserves a significant portion of a long-term investor’s portfolio.

Q: You’ve said it’s “greed run amok” that has been the essential feature of every spectacular boom in history. With that in mind, what investment sectors are currently in frenzy, or in your words, “ignoring the foundations of value?”

Right now, it would be sovereign bonds in Europe. I think it is perfectly crazy for some investor to go and buy a 20-year German bond with a negative yield. In my view that is the most overpriced sector. Equities are also very expensive, but they are not in the kind of over-valuation range that these European sovereign bonds are in currently.

Q: In “A Random Walk Down Wall Street,” you said that there are four types of investment categories that investors need to consider: cash, bonds, common stocks, and real estate. What portion of a person’s retirement portfolio should be REIT investments?

The problem with discussing allocation percentages is that, depending upon the needs of the investor, you really have different percentages that could apply in the present or future. Let’s say that you have a son or daughter going to college next year and you have money set aside for their tuition payments. Well, that money set aside should probably be in something like a one-year Treasury bill because you just don’t want to take an equity risk with that money.

Therefore, I would say that the proportion of that portfolio in real estate in that type of scenario ought to be zero. But, on the other hand, for a young person saving for retirement, then I think that type of portfolio should be heavily equity-oriented, with 15-25% allocated to real estate.