WashREIT Continues to Grow its Multifamily Presence in the Washington D.C. Region

For WashREIT (NYSE: WRE), one of the nation’s oldest REITs, it isn’t just business as usual. After five years of strategic repositioning, the nearly 60-year-old company is honing its focus on the multifamily sector and looking to “simplify the story,” says President and CEO Paul McDermott.

Since joining the company in late 2013, McDermott has spearheaded efforts to move the company in a new direction. Specifically, the aim has been to transform what had traditionally been a diversified REIT into a company that is focused directly on multifamily in the Washington, D.C. metro region. “We really wanted to make some changes in the people, the portfolio, and the processes of the organization,” he says.

Recent activity reflects that goal. The company completed $1.1 billion in transactions during the first three quarters of 2019, with another $125 million to $175 million in property dispositions expected to close by year end. That is a robust volume for any REIT, and even more notable considering the REIT’s total market capitalization of about $2.2 billion.

Five years ago, the portfolio was comprised of suburban office, medical office, retail, and multifamily—all concentrated within the Washington, D.C. metro region. Suburban office was the biggest focus, accounting for about half of net operating income (NOI), with retail representing 20%, and multifamily and medical office each representing about 15%.

“I think diversified REITs really face an uphill battle,” McDermott says. “Investors are well informed and know what they want to invest in, and most good portfolio managers want to make those sector decisions themselves.”

Danny Ismail, analyst and head of office sector research at Green Street Advisors, agrees. “The diversified story is one that is hard to tell in the public markets,” he says.

Previously, WashREIT had to explain the drivers, challenges, and market advantages of four different property sectors. “Particularly for a small cap REIT like WashREIT, it becomes a fairly hard story to communicate,” he says.

WashREIT still owns a diverse portfolio that spans approximately 4 million square feet of commercial space and 6,658 multifamily apartment units. At present, its 46 properties consist of 17 office properties, eight retail centers, and 21 multifamily properties. However, the company’s go-forward strategy is firmly focused on multifamily. In fact, the company has said that 2019’s strategic capital allocation plan marks a “watershed moment” for the REIT as it will grow the percentage of NOI contributed by its multifamily portfolio to 45%. [As of the second quarter, multifamily accounted for 38% of NOI.]

At the same time, the REIT is continuing to dispose of its non-core assets as it works to stabilize and strengthen future cash flows and improve its ability to create long-term shareholder value. For example, retail assets have dropped to 6% of NOI. WashREIT is using proceeds from sales to fund further expansion into multifamily. Three of the most significant monetization events for the company to date have been the sale of most of its medical office portfolio in early 2014 for $500 million and the sale of its suburban Maryland office portfolio for $240 million in 2016. In August, WashREIT completed the sale of its retail portfolio, selling off seven assets for a total of $562 million.

Its largest multifamily deal, finalized this past summer, was the $461 million purchase of the Assembly multifamily portfolio. The portfolio consists of seven suburban class-B apartment communities in Northern Virginia and Montgomery County, Maryland that total 2,113 units. The company also bought the 277-unit Cascade at Landmark in Alexandria, Virginia in July for approximately $70 million.

Analysts expect WashREIT to continue to sell its office assets gradually on a one-off basis. “We fully expect them to be 75 to 80% multifamily within a 24 to 36-month period,” John Guinee, managing director at Stifel, says. “We are very positive on the strategy and expect it to be successful,” he adds.

Multifamily has proven to be a much better investment in the Washington, D.C. area as compared to office. The D.C. office market has struggled in the wake of reduced demand from the big three office users—the federal government, law firms, and defense contractors.

However, the REIT could deliver some “lumpy” earnings as they fully transition, Guinee says. In a published note from July, Stifel said that 2019 will likely be a transition year for WashREIT with 2020 funds from operations (FFO), funds available for distribution (FAD), and first quarter 2020 stabilized real estate metrics expected to be more relevant.

One of the biggest challenges facing WashREIT is that it is trading at a discount to its underlying net asset value (NAV), which means that capital is fairly precious for them, Ismail notes. The expensive cost of capital in the public market will make it difficult to issue equity. “So, that does create some strategic concerns when it comes to recycling capital or finding funding for new acquisitions or development,” he says.

WashREIT is focused specifically on buying or building or value-oriented apartments. On the acquisitions side, the firm is targeting assets that are priced below replacement cost that come with some type of value creation component, such as assets that are under-managed or under-rented.

“We really try to focus on the affordability gap in respective submarkets between class-A and class-B. The wider the gap, the greater potential we have for renovations,” McDermott says. The REIT’s return on the cost on those renovations has typically ranged from the low double digits to high teens.

WashREIT is also looking for class-B acquisition opportunities that have room for expansion. That allows the REIT to increase density, while at the same time being able to strategically offer the renter multiple price points with the option of an un-renovated unit, a renovated unit, or a newly constructed unit.

For example, WashREIT acquired the Wellington in Arlington, Virginia in 2015 and Riverside Apartments in Alexandria in 2016. Both have provided development opportunities. The company is nearing completion of The Trove, which is the sister project to the Wellington. The first of the 401 units will start delivering in fourth quarter and continue through much of 2020. In addition, the REIT is planning to kick-off construction on a new development at Riverside Apartments within the next six months. The focus is on building more cost-efficient stick-built garden style apartments with rents moderately priced between $1,250 and $2,000.

Another shift in its multifamily strategy is to follow the growing demand in the suburbs. “Our research tells us that 70% of household growth is going to take place in the suburbs, and we really want to capitalize on that,” McDermott says. 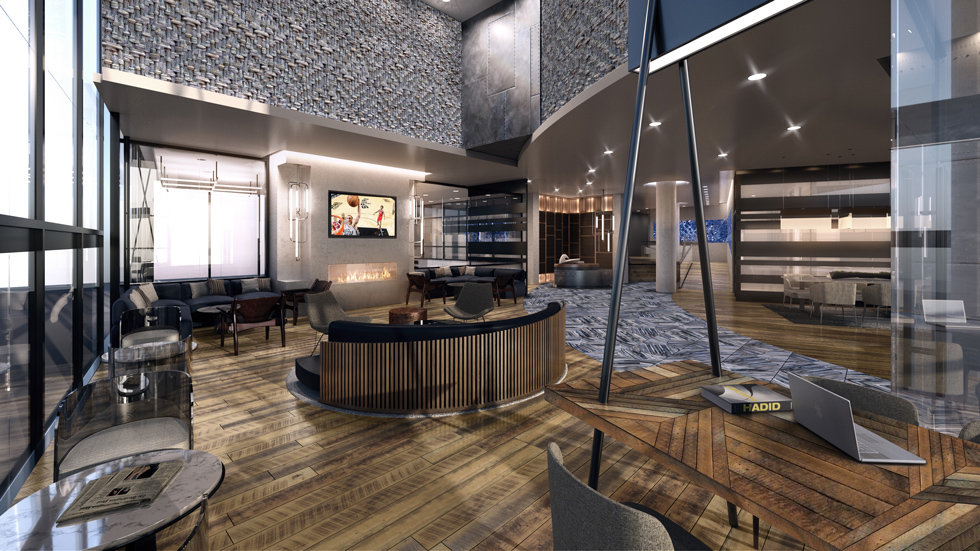 Despite buyer competition and rising construction costs, McDermott sees more opportunities ahead on both the acquisition and development side.

“At this point in the cycle, I think you’re going to see continued monetization of funds. We will probably see more acquisition opportunities than development opportunities. Some developers are starting to push away from the table due to rising construction costs. We want to make sure that the numbers still pencil out and make sense,” he says. “But, I think we are staffed and ready to pursue both acquisitions and development depending on where the value creation opportunities exist for shareholders.”

Since it was founded in the early 1960s, the REIT has focused on a specific geographic footprint in the Washington D.C. metro region. However, as the company continues to scale up its multifamily portfolio, McDermott has said that the REIT is open to considering opportunities outside of the area that allow the company to create value for shareholders.

“Now that we’ve shown that we can execute, that we can recycle capital and that we can find opportunities, we’re seeing more opportunities,” he says. “People are calling us now about deals, both owners and capital sources, and that’s something that I couldn’t have said when I first got here five-plus years ago. I think that’s going to be part of the opportunity to scale our platform.”