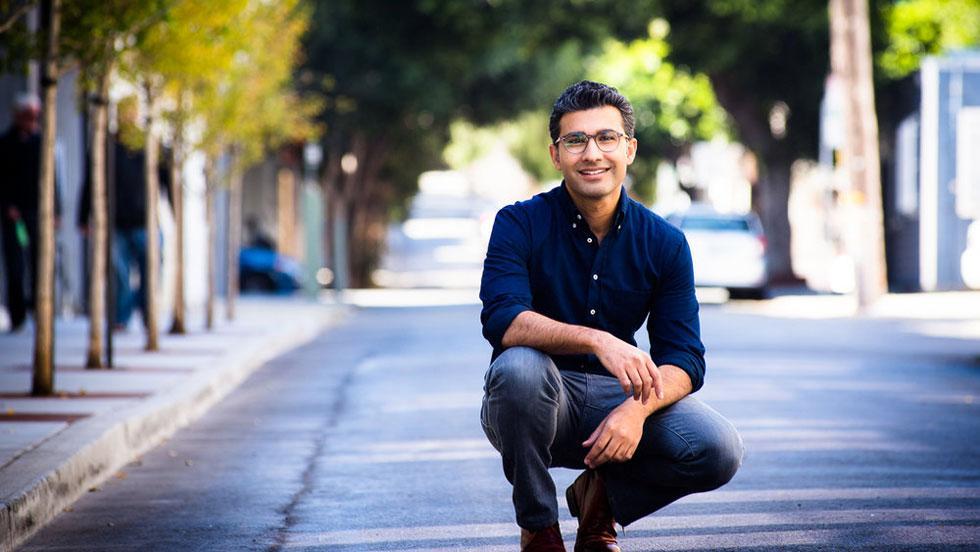 Executive coach Avnish Sabharwal has always been drawn to challenging work. After cutting his teeth in management consulting and investing, he went on to earn his MBA from the Wharton School at the University of Pennsylvania. While in business school though, he noticed how difficult it was to find the time for reflection and self-understanding.

Amid his business school experience, Sabharwal observed that he and his classmates were having trouble making crucial life choices about the paths they would take, and in turn being able to develop and grow.

“I found that there was so much being asked of very high-performing people, but it didn’t feel like there was the time, space, or guidance that was sufficient to the demands of what was being asked of them as leaders,” Sabharwal said. “A lot of the high-performing people I know, myself included, try to be so self-sufficient. But at some point, you need some support.”

Throughout his education, which also included an economics degree from the University of Chicago, Sabharwal focused on management leadership. But after school, coaching began to pique his interest. At that time in the early 2000s, businesspeople were becoming more open-minded to the idea of being coached. In fact, Sabharwal was open to being coached himself, as he looked at his own professional development.

After training as a coach, and then training other coaches for several years through an accredited program, it was a natural evolution when Sabharwal founded his company, Success Trainer, in 2009.

Sabharwal realized early on that all kinds of working adults face challenges, and today, Success Trainer’s business spans numerous industries. Rather than focusing on one line of work, his practice instead keys into the different growth phases a business may face.

He stresses the importance of leaders being able to see themselves clearly. For example, he observes many leaders who want to be positive and well-liked, but then come across as disingenuous if they attempt to paint difficult situations as something else. Genuine honesty about difficult topics can build trust among a team, Sabharwal says.

It all boils down to effective communication, he adds, but of course teammates and their leaders often have different communication styles. With the lightning-fast pace of today’s work world, there’s also an inclination to wrap things up quickly, Sabharwal says.

“As human beings, we tend toward making meaning and drawing conclusions to get to answers and move things forward. But sometimes we don’t know the answers, and we can instead learn with curiosity,” Sabharwal says.

The Challenges of COVID-19

Sabharwal says that for many American workers, the loss of engagement and interaction from transitioning to remote working during the pandemic has been a challenge.

“The conversations on the side, body language, being able to sense people—all of that, even on a subconscious level, is so important to being able to relate to people,” he says.

Sabharwal says it’s important to make pockets of time to check in with coworkers.

In addition, staring at other people all day on video is not just draining, it can also be uncomfortable for some. It’s okay, instead, to take regular audio calls, which also helps us focus on the substance of the conversation, rather than trying to write emails or get other things done. If you must be on video, Sabharwal says, try screen sharing and looking at something with the other person rather than always just looking at each other.

“Be creative and innovate on how to spend time together,” he says, like socially distanced walks or occasionally discussing non-work-related subjects.

Good governance within an organization can often create its culture, and ultimately impact its values and principles. Sabharwal says it’s important that there’s an honesty and safety in that governance, even if individual values differ from the company’s values.

“People feel secure when they understand who the organization is, how it does things, and what the vision is,” he says. “Then there can be integrity and people feel safe.”

When a company tries to fit itself into a governance structure that isn’t actually how it prefers to operate, that will burn a lot of energy and ultimately be detrimental to morale, he says.

Success Trainer’s clients in the real estate and finance industries have been facing a number of external challenges during the pandemic, Sabharwal says. REIT leaders should be honest with their teams but also cognizant of not overwhelming them with too much change at a time when there’s already a great deal of personal change in progress.

“This is one of the challenges of leadership: Staying balanced and connected with people. Having compassion for where they are, but also including them in what you’re doing together,” Sabharwal says.

This is difficult for leaders, he adds, because whatever they say will always be elevated. Sometimes those are words taken out of context, and other times they may be messages that unintentionally play into others’ fears. Leaders should strive to be more deliberate about their communication. They should be honest about the changes that are happening and honest about what they don’t know, he says.

“It’s important to be deliberate and intentionally communicative, giving people the future that you’re working toward, even if it’s not completely clear, but has some teeth to it,” Sabharwal says. “As you continue to learn, you’ll continue communicating and giving people certainty, knowledge, and perspective.”