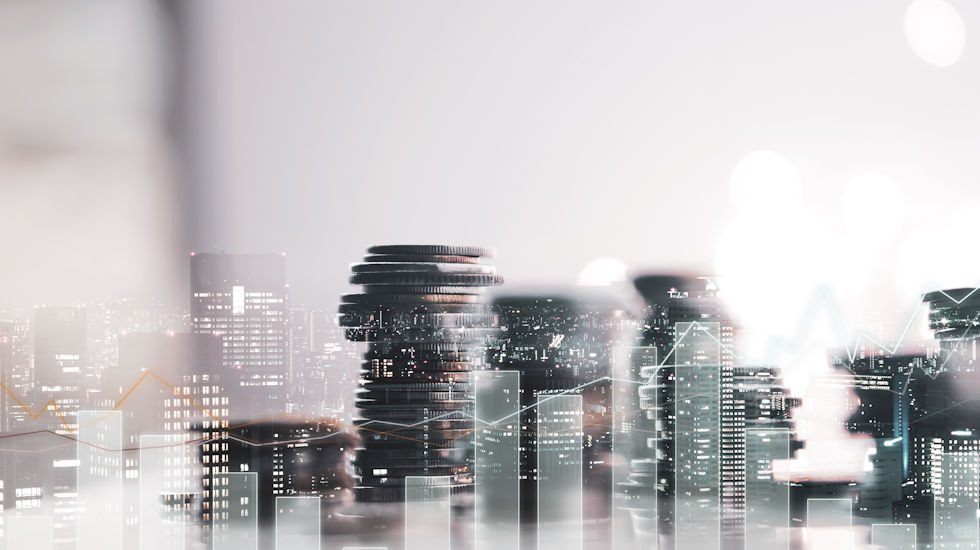 Fogel says the mREIT has achieved much in the past year. "We've really set ourselves up to go forward, so the best is yet to come in my view. We really just laid the foundation in 2020 and 2021."

Through June 30, ACRES Commercial Realty (ACR) originated $660 million of loans. During the past year the mREIT also executed on a collateral loan obligation (CLO) and raised about $111 million of preferred equity.

The concept behind acquiring the Exantas management contract was to create a "one-stop shop" in the $10 million to $75 million loan space, Fogel says. "We've tried to create a very seamless platform where, when brokers or developers come to us for a loan, they're really just talking to the same people across the board."

Last summer, when ACRES Capital acquired the management contract, lenders were struggling and the main goal was to ensure that the portfolio was healthy before restarting originations, Fogel explains. That restart occurred in the fourth quarter of 2020. Because of the slowdown, there is now pent-up demand for refinancing and acquisitions, he adds. "It's bounced back quite well, especially on the multifamily side." Stephen Laws, a director at Raymond James, wrote after the release of strong second-quarter results that he expects ACR shares to outperform based on "the attractive risk-reward dynamic given the improving portfolio performance and outlook for new investments."

With a successful first year behind it, ACR has set key goals for the future, including creating a permanent financing vehicle so borrowers can access capital at any phase of an asset's life cycle, Fogel says. ACR is also looking to improve its cost of capital by continuing to issue CLOs.

Fogel says ACR also wants to focus on some of the underserved asset classes. Many of the commercial mREITs that ACR competes with are "hyper-focused on multifamily these days, which is a good portion of our balance sheet too," he adds. However, Fogel sees some "really strong" opportunities in retail, hospitality, self-storage, and in particular student housing. Fogel describes the latter as a "very underserved asset class that has performed quite well despite the fact that people thought it would suffer badly through the pandemic."

According to Fogel, student housing for tier two and tier three colleges and universities is being ignored by the lending market. "There's a tremendous opportunity to get into that space on both a bridge and a permanent basis because people are wary of it. But if you look at the fundamentals in some of those locations, there hasn't been a lot of new housing built and wherever it does get built it leases up very quickly and usually performs extremely well," he says.

Another area of focus for ACR is enhancing technology within its own platform. Fogel describes the middle market lending space as "very fragmented," and says providing ease of use for borrowers will result in more deals for the company.

As for the state of market fundamentals, Fogel says the pandemic has changed the way ACR looks at certain asset classes.

Multifamily is still a "hot area" to be in, Fogel says, as people will always need a place to live. "But now, when you think about office say, or hospitality, you have to think about it a little bit differently," he adds.

"We're not so sure what the future of office leasing is going to look like and how that affects us as a lender is obviously important. We need to think about where the value of these properties is going to be once we get in, and at maturity," Fogel says.

While the hospitality sector has seen its share of challenges during the pandemic, ACR recently originated a nearly $86 million loan to refinance The Ray Hotel Delray Beach, a Hilton-branded hotel in Delray Beach, Florida. "We look for good, strong local sponsors who really understand their marketplace and understand why there's demand for their hotel in that market," Fogel says.

The mREIT is trying to shy away from downtown convention center locations for now, Fogel explains, but that doesn't mean that ACR won't look at them in the future. "We also try to stick with flagged hotels, with Hilton, Hyatt, or Marriott. Those seem to be the brands that always trade well and provide a lot of liquidity in the marketplace."

Adaptive reuse is another area of potential promise for ACR. Fogel notes that the private capital side of the ACRES group focuses on interesting opportunities on the adaptive reuse side, which could in time benefit ACR. "Eventually those properties will get redeveloped or built up and we're prepared to migrate those loans into our mREIT through a stabilizing bridge loan," he says.

This mindset, Fogel believes, is "what really separates us from a lot of the commercial mREITs out there—we do have that type of capital available to us to allow us to take some chances in those asset classes that most commercial mREITs would not touch."

And when it comes to geographic markets, Fogel says he has always been a big believer in gateway cities and their recent challenges have not dissuaded him.

"Those markets had gotten a little bit overheated, and the pandemic has really reset everything to much lower values. I'm pretty bullish on making loans into situations where valuations have come down considerably," he says. ACR is keeping its eyes open in those markets because, in the office and hospitality and even multifamily sectors, "there are some really good opportunities."

As for non-gateway markets, Fogel says that's where ACR is putting a lot of its energy right now, especially in locations where people are migrating to. However, he says he's wary of following trends.

"I don't think that people are going to certain markets longterm, but there are markets where I believe there are good long-term fundamentals—like Dallas, Phoenix, Charlotte, and Nashville. Those markets are here to stay because a lot of companies are moving to those areas. That's what supports multifamily and all those other asset classes in which we're involved," Fogel says.