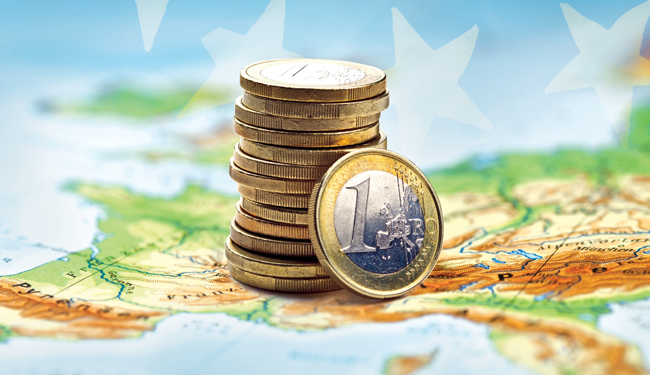 This past May, Deutsche Wohnen AG (DE: DWNI), an owner of residential real estate in Germany, announced an agreement to acquire a troubled portfolio of 23,500 apartments for $1.5 billion [€1.2 billion] from Barclay’s Bank. The deal would make the company Germany’s second-largest apartment owner, increasing the size of its portfolio by 47 percent, well ahead of rival GSW Immoblien AG (DE: GIB). Deutsche Wohnen also stood to leapfrog market leader Gagfah Group (DE: GFJ) in terms of market capitalization, once it raised equity and debt to finance the deal.

The transaction may be a sign of things to come in the fallout from Europe’s sagging economies. While the real estate markets across the continent and beyond face strong headwinds, some publicly listed companies stand ready to seize the day.

“We have access to the capital markets where we can raise the equity,” says Helmut Ullrich, chief financial officer of Berlin-based Deutsche Wohnen. “If you are not listed, you have to raise your own equity privately, or take on high debt levels. That is not a very healthy thing to do in these times.”

To be sure, there’s plenty to worry about in Europe for all. Greece’s debt problems have yet to be resolved, and expectations of an exit from the euro are rising. Sovereign debt struggles in countries such as Spain and Italy also have repeatedly roiled the markets and cast a pall of uncertainty over the continent and beyond. Experts have a divided opinion on the fate of the euro itself.

“There is wide tendency for putting things on hold or deferring at the moment, and that is leading to a general slowdown in activity,” says Peter Damesick, Europe-Middle East-Africa chief economist at CBRE in London.

Within the stronger markets, class-A real estate stands apart. “To the extent in the investment market that there is activity, it’s tending to concentrate on what is perceived to be the largest and most liquid, safest type of markets and less risky assets,” Damesick says.

In London, for instance, overseas buyers have flocked to snap up prime properties in the West End and the City—its financial district. The influx includes new capital sources from Asia, such as the Korean National Pension Service and the Malaysian Employees Pension Fund. Meanwhile, U.S. investors also have stepped up to the plate: Brookfield Office Properties (NYSE: BPO) agreed in June to acquire a portfolio of buildings and development sites from London-based Hammerson (L: HMSO) in the financial district for $803 million [£518 million] and a yield of 6 percent.

“The top end of the market has been driven by a massive flood of low-cost equity from a terrifically wide range of international sources,” says Mike Prew, head of European research at Jefferies in London.

Public Players at the Ready

REITs that have stuck to their niche in liquid, high-end markets have fared best. One example is Great Portland Estates (L: GPOR), a U.K. REIT that owns more than $3 billion [£2 billion] in assets, with all of its office and retail portfolio situated in central London. Great Portland focuses on property in highly desirable and liquid locations, with low rents per square foot that offer opportunities through renovation and development.

Great Portland has been stockpiling capital just for times like this. It raised $790 million [£510 million] for the fiscal year ended March 31 at an average interest rate of 4 percent. While that raised its net debt to equity—including joint ventures—to 56 percent at the end of March, up from 46 percent a year earlier, it is critical to have capital at the ready, says Toby Courtauld, chief executive at Great Portland.

“To the extent that European institutions with assets in London suddenly find they need to sell, we have got to make sure we have capacity to be able to buy, because the pricing of them will make sense,” Courtauld says.

With the availability of capital being scarce, it does play to the strengths of reits

REITs and other listed real estate companies have an advantage over other players, with the ability to tap diverse funding sources, Courtauld adds. Great Portland, for example, raised $200 million in a U.S. private placement bond issue in May. “With the availability of capital being scarce, it does play to the strengths of REITs and businesses with balance sheets of scale,” he says. “We can access the U.S. private-placement market and raise money unsecured, and use it for corporate purposes—and clearly acquisitions are one major part of that.”

For Deutsche Wohnen, its access to capital allowed it to swoop in and seize troubled assets. The apartment portfolio became available after its former owners, RREEF, an alternative asset arm of Deutsche Bank, and Milan-based Prelios SpA (MI: PRS), defaulted last year, having paid $2.1 billion [€1.7 billion] back in 2007. Deutsche Wohnen would raise about $566 million [€460 million], with the balance in debt, Ullrich says. Much of the portfolio is already refurbished and fits the company’s emphasis on older, architecturally sound buildings on tree-lined neighborhoods in key cities such as Berlin and Hanover.

Pulling off the transaction was difficult, Ullrich notes. The deal took about nine months of negotiating with Barclays and a consortium of five banks to finance the deal, despite a relatively small volume of $861 billion [€700 billion] in loans, a strong portfolio and no refinancing needs for the company in the near term.

“Financing in Germany is something that is currently not so easy,” Ullrich says. “Smaller companies or other competitors with huge refinancing needs are going to face hard work going forward.”

Still, the companies that get the deals now stand to make big gains. The strategy is a familiar path for Great Portland, which took advantage of the market meltdown in the wake of the financial crisis, raising as much capital as it could in 2009 and going on a shopping spree. Total shareholder return for fiscal year 2010 was 82 percent, compared with the 60 percent gain for the FTSE 350 Real Estate index. It outpaced the benchmark by 11 percentage points for fiscal year 2011.

“Whether it’s the eurozone, Arab Spring or some of the problems of the former Soviet bloc, wherever you get a crisis, you have increased capital coming into London,” Courtauld says.

While real estate in prime areas of London and Paris are holding up, overall there is a strong pressure on valuations, particularly in secondary and tertiary markets.

Meanwhile, the maturing of commercial mortgage-backed securities (CMBS) in Europe peaks this year and next, with about €38 billion of loans securitized in large multi-borrower and single-loan transactions needing to be refinanced, according to Moody’s. Only 21 percent of all matured loans were repaid or prepaid in the first quarter of this year, compared with 65 percent of the maturing loans in 2009. High loan-to-value ratios have corresponded with defaults. For loans with LTVs up to 80 percent, about two-thirds of them were repaid or extended, whereas almost all loans with an LTV above 100 percent defaulted.

All told, the funding gap is about $34 billion [€28 billion] in the U.K. and $177 billion [€144 billion] for Europe, estimates Harm Meijer, an analyst at J.P. Morgan in London. As a result, many secondary and tertiary properties are hitting the market, but few are buying in those areas.

To be sure, European REITs could be a solution for some of the better real estate. Like their U.S. counterparts, they tend to have better access to capital and have to varying degrees reduced debt ratios since the financial crisis. Yet, more work needs to be done for REITs to be best positioned, says Rogier Quirijns, portfolio manager and director of European research at Cohen & Steers in London. While REITs in Europe average 47 percent loan to value, he says a 25 percent to 40 percent level would give them the financial flexibility they need to pursue development and make investments.

“This should mean a lower cost of capital, as REITs will trade closer to their” net asset value (NAV), he says. “As a listed REIT, you have a competitive advantage compared with the private market investors and you can continue to outperform if the REITs are able to raise equity in the most efficient way.”

From a broader viewpoint, many advocate REITs could be a tonic to some of the real estate woes by offering the capital needed to buy underperforming properties, much like what happened in the U.S. in the 1990s. Back then, property companies that went public bought up foreclosed assets left over from the savings and loan crisis, providing fresh capital and a deleveraging of the real estate industry.

In Spain, for example, the same thing could happen, but the country would first have to change the REIT structure to encourage investment, says the European Public Real Estate Association (EPRA), which estimates banks have made €80 billion of provisions for toxic real estate and bad loans. Spain’s structure requires REITs to pay an 18 percent flat tax rate for qualifying net income—payable by the property entity itself—rather than by external investors through taxes on dividends.

“Spain needs a properly functioning listed sector and all the benefits that it brings to a country’s broader real estate market,” says Gareth Lewis, finance director at EPRA. “It’s obviously not going to solve all the problems. But the question is, ‘How can you get all of the real estate held by banks into a vehicle that is professionally managed—subject to the ongoing scrutiny of the public markets—and maximizes the chances of attracting global investment?’ When you look at the most advanced markets in the world, they have an efficient listed sector, and that invariably includes a proper REIT regime.”

Across Europe, REITs in general offer a highly regulated entity for investors, adds Martin Allen, an analyst at Deutsche Bank in London. “REITs should be a major part of the solution,” Allen says. “They can be the conduits for re-equitization of the property market.”