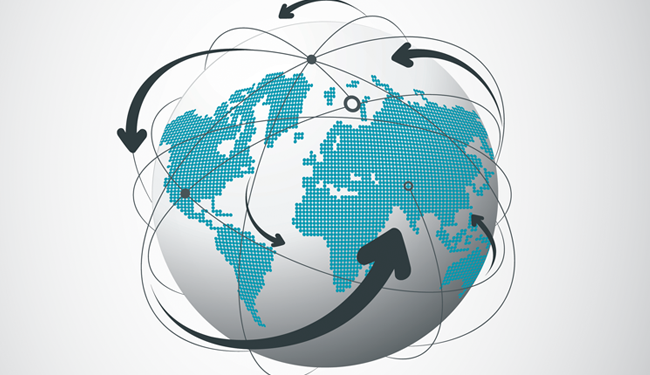 The financial markets monster that started gobbling up liquidity nearly five years ago may still have the global economy fearful of the unknown, but it hasn’t stopped the commercial real estate industry from generating solid returns for investors.

Real estate stocks undoubtedly took a beating in 2007 and 2008. In the United States, the FTSE NAREIT All REIT Total Return Index fell by roughly half of its value over the two-year period. U.S. REITs weren’t alone during that period, though, as stock-exchange listed real estate companies in Europe, Asia and the Middle East/Africa all recorded price return declines of similar magnitude. That helped drive the FTSE EPRA/NAREIT Global Real Estate Total Return Index down 48.9 percent in 2008 alone.

But REITs and listed real estate companies around the world reversed course early in 2009 as the capital markets stabilized (relatively speaking). The FTSE EPRA/NAREIT Global Real Estate Total Return Index climbed 41.25 percent that year, bolstered by total returns in excess of 40 percent in both Europe and Asia. REITs’ performance in ‘09 trounced the S&P 500, which increased by 26.46 percent.

It was more of the same a year later, as the FTSE EPRA/NAREIT Global Real Estate Total Return Index was up 20.03 percent, compared to 15.06 percent for the S&P 500. The broader markets bested the global real estate index in 2011 when it fell 8.14 percent. Through mid-August, though, the index were up nearly 20 percent in 2012, almost doubling the S&P 500’s total returns for the year.

New crops of concerns affecting commercial real estate investors seem to be perpetually popping up around the globe every month, ranging from austerity measures to sovereign debt fears to a slowdown in the Chinese economy. Real estate investors may be tiptoeing carefully around the world in search of opportunistic investments, but that doesn’t mean they’re not capitalizing.

For the time being, any discussion of the global economy has to start with the ongoing eurozone crisis. As the governments of European countries and regulators have searched for solutions to alleviate the fallout from soaring levels of sovereign debt, the region’s capital markets have been thrown into upheaval. Consequently, investors across all industries in the region are confronting significant uncertainty and a softening economy.

All of those stressors have spooked lenders, according to Jim Rehlaender, managing director and international and global real estate securities portfolio manager with European Investors.

“The banks have left town. They won’t finance anything if it’s real estate, except under duress,” he says. “You do need to have some grease to keep the wheel rolling. The banks have walked away from simple rollovers of longstanding commitments.”

The challenges have certainly taken a toll on market fundamentals, according to Steve Buller, manager of the Fidelity Real Estate Investment Portfolio fund. However, he notes that property markets have responded surprisingly well. “Demand is still slightly positive, generalizing across many sectors and geographies,” he says.

Buller and Rehlaender both point out that the lack of financing for new projects has stemmed the flow of new supply to the market. As a result, vacancy rates have been held in check.

“There’s no huge demand for space, but no supply coming through, either,” Rehlaender says. “In some ways, this has been a positive in the sense that we don’t have any supply issues for the next few years.” 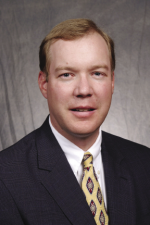 "We haven’t seen the eurozone crisis impact the access to capital
for publicly listed players. If anything, the listed players seem to have an ever-increasing advantage in the capital markets."

Buller also observes that the chaos in the European financial markets has somewhat played into the hands of listed property companies.

“Interestingly enough, we haven’t seen the eurozone crisis impact the access to capital for publicly listed players,” he says. “If anything, the listed players seem to have an ever-increasing advantage in the capital markets.”

Listed property companies could stand to gain from distress among some overleveraged property owners as a result.

“To the extent that REITs can access the capital markets and take advantage of hardship situations, they could potentially benefit,” Lee says.

Additionally, some yield-starved investors are turning to European REITs for their stability and dividends.

“The search for income in a low-yield environment can also favor REITs,” Lee says.

Joe Harvey, president of Cohen & Steers, maintains that there could be even greater implications for Europe.

“We believe the current crisis offers a ripe environment for a ‘Great Restructuring’ of the European REIT market, comparable to what happened in the U.S. following the savings-and-loan crisis in the 1990,” Harvey says.

The upheaval in Europe has largely overshadowed any business news, good or bad, coming out of the Asia-Pacific region. In the commercial real estate industry, most of those stories have been positive. Fears that the European contagion could affect the Asian markets have largely dissipated, Rehlaender says.

“I think the real story in Asia today is that it’s becoming so much less dependent on the U.S. and Europe,” he observes. “There’s a lot of intra-market growth.”

China’s outsized economic growth couldn’t continue forever, and indeed, expectations for GDP growth in the country in 2012 have been revised downward from the double-digit range to closer to 8 percent and should continue to drift lower. While that may represent a slowdown versus recent years, the Chinese economy continues to outpace almost any alternative among the established markets around the world. Rehlaender downplays fears about the latest developments in the world’s most populous nation.

“I think the market has oversold that story,” he says in reference to the Chinese slowdown. “For us, it has created a good investment opportunity. We don’t think that market is about to blow. We see that the damage has been done.”

As has been the case since the country’s markets began to open up to the world, the interest of commercial real estate owners and investors in capitalizing on Chinese consumers’ purchasing power remains high. With more of the country’s population moving to major urban markets and with household incomes on the rise, the values of investment-grade shopping center assets should continue to appreciate, according to a report released by Prudential Real Estate Investors in July.

Growing consumer demand has led to a corresponding expansion of retail space in China. An analysis of the global retail real estate market conducted by research firm CBRE found that China was home to four of the five cities that led the world in shopping center developments completed in 2011. Even so, supply continues to lag retailers’ demand throughout the country, a trend that is expected to persist for the foreseeable future, according to CBRE. 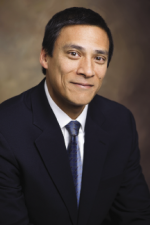 The search for income in a low-yield environment can also favor REITs.

Additionally, Prudential noted that the Beijing office market could be in for strong rental growth in the near term.

Outside of China, Asia’s other emerging countries actually seem to be serving as safe havens for real estate investors’ capital, according to Rehlaender. “Emerging markets have done much better in this eurozone crisis than others,” he says.

Some of the developing Asian countries cited by fund managers as compelling investment targets include Malaysia and Indonesia.

Harvey says he is bullish on the Philippines and Thailand. “These countries have been able to successfully manage inflation through effective central bank policies and offer a supportive environment for commercial real estate investment,”  Harvey says.

Global real estate investors who are hoping to move forward from the stories currently dominating the commercial real estate industry—the eurozone, China’s economy and the like—will have to sit tight, according to Lee.

“Unfortunately, it’s a ‘macro’ environment with themes that are difficult to predict,” he explains.

Despite the uncertainty, Rehlaender maintains that investors with exposure in Asia should benefit from a positive market correction heading into 2013. “We’re quite optimistic about the second half to restore the balance of nature, because things got oversold,” he says.

Likewise, Buller says he remains bullish on the industry as a whole, thanks in large measure to REIT yields. With fixed-income yields at historic lows, he surmises that investors are likely to use REITs to take advantage of their income components.

“The world is starved for income and yield, and many income instruments don’t provide that,” he says. “Hence, one reason we’ve seen property stocks doing better than other asset classes this year is that yield focus.”

However, for those investors hoping to see an economically driven expansion of global REITs, Rehlaender has a message: Keep waiting.

“We don’t see the global economy taking off until at least 2013,” he says.