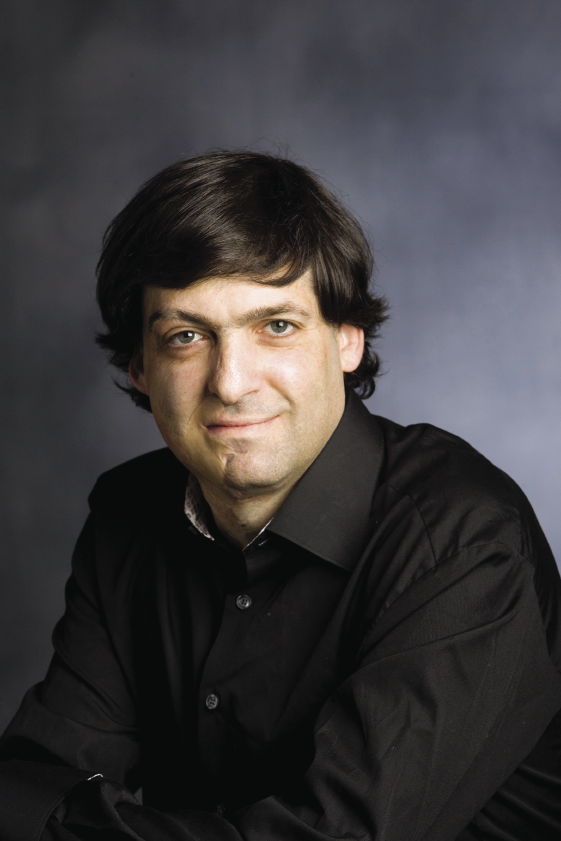 Experience: Ariely has appointments at Duke University’s Fuqua School of Business, Center for Cognitive Neuroscience, Department of Economics, and School of Medicine. He is also a founding member of the Center for Advanced Hindsight.

We lie, cheat and steal. And we’re actually all right with that, according to Dan Ariely, professor of psychology and behavioral economics at Duke University.

That’s the premise behind Ariely’s latest book, “The Truth About Dishonesty,” his follow-up to New York Times, bestsellers, “The Upside of Irrationality” and “Predictably Irrational.” It’s not that anything goes, Ariely explains, but we’re willing to accept a surprising amount of subterfuge depending on the circumstances.

Ariely spoke with REIT magazine about his research and how a greater understanding of dishonesty can be used to improve our institutions and economy.

REIT: Basic economic theory relies on the assumption that we act rationally to maximize our best interests. Can you give us the broad strokes behind what your research has turned up regarding this premise?

Ariely: I think basically what we have found is that people’s behavior is partially aimed toward maximizing self-interest, but it’s a very partial description.

In fact, we can’t think about every possible thing, so we take short cuts of all different sorts. Partially, emotion operates on us, which makes our objectives very different. Partially, we don’t always think about our self-interest. We do think and care about others.

So in every possible way, this definition is not perfectly correct. That doesn’t mean that there’s nothing to this definition. Of course, we all react to incentives, but it’s not a very good model of describing the entire complexity of human behavior.

REIT: If we can’t assume that people act rationally, do we have to throw all of the old economic models out?

Ariely: No, but the question is how do we want to use the economic models.

So we should keep economic theory, but we should not assume that it’s a perfect description of human behavior and, for sure, we should not design mechanisms like the stock market and compensation and so on assuming that economics gives us the whole picture.

REIT: Can we quantify irrationality?

Ariely: It’s very useful to quantify it as a difference from perfect rationality. Define what people should do if they were perfectly rational, and we try to measure the situations in which people are not behaving like that.

It’s very easy to show that people are irrational in many cases. In health care, most people don’t do things in their own interest. We take all kinds of amazing risks. People text and drive. We don’t save for retirement. We get drunk.

REIT: Your new book, “The Truth About Dishonesty,” examines the underpinnings and acceptability of lying and cheating in society today. What motivated you to pursue this line of study?

On top of that, I think our lack of understanding of dishonesty is what has brought about things like the financial crisis. We tend to villainize people. We tend to think that there are “bad people” and “good people,” and as long as we’re dealing with good people, everything will be okay. The reality is that good people can do lots of harm–not big harm, but they can do small harm lots of times—many times a day and across many people.

I think it’s incredibly important to understand dishonesty if we want to understand some of the terrible systems that we have created in society and how to think about them. Imagine if I paid you $5 million per year to view mortgage-backed securities as a good product. Don’t you think that under those conditions, you would be able to do that? Moreover, imagine it was easy to rationalize, because everybody around you was doing it. It was hard to see the consequences of your action. You didn’t see any particular people you were going to hurt. You define it for yourself as a kind of game. Wouldn’t that become even easier?

Once you start understanding dishonesty is when you start thinking about the kind of systems we have created and what kind of danger we put ourselves into.

I think our lack of understanding of dishonesty is what has brought about things like the financial crisis.

REIT: How do we distinguish what is and isn’t acceptable when it comes to cheating?

Ariely: We want to do two things. We want to view ourselves as honest, wonderful people on one hand. We want to benefit from dishonesty on the other.

Being able to turn a blind eye to our own actions, not to think of ourselves as acting in any bad way—that’s really the trick. The trick is to think about what kind of dishonest actions people could still rationalize, and if they can rationalize it, then people would engage in it to a higher degree.

If we see other people cheating in an egregious way, particularly people who belong to our society, all of a sudden, different things become acceptable. That’s very important.

REIT: One theme that has run throughout your work is the fallibility of our intuitions. Say I’m the CEO of a major publicly traded commercial real estate company. How can I filter out the bad intuitions from the good ones when I’m doing strategic planning?

Ariely: First of all, we need to admit what is intuition and what is something that we know because of real data. I can’t tell you how many times I’ve gone to different organizations and said, “What do we know based on intuition and what do we know based on data?” And people say, “We know fact X, Y and Z based on data.” But then I looked into it and said, “Show me the data,” and it turns out it was very bad data.

I think we need to be disciplined about what we know for sure or with high certainty and what we are just guessing based on our gut intuition.

Then we should ask ourselves, what are the conditions under which we have the gut intuition? Is it somebody who is an expert who has tried different things in an environment where they can get lots of accurate feedback? Or, is it somebody who doesn’t have much experience?

What we should do is experiment. This, for me, is where data is king. I don’t want to fight about intuition—you might have one intuition, and I might have another one. People might have flawed intuitions, but sometimes people might have the right intuition. The only way to do it correctly is to look for data.

If we have a situation in which we’re doing something that is important, I think it’s incumbent on us to look for real, useful data to distinguish our beliefs from reality.