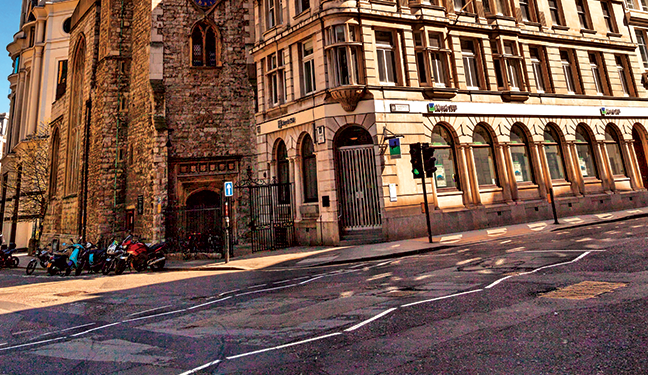 European economies have been anything but boring in recent years. Yet, despite the economic upheaval throughout the continent, the European REIT market has performed remarkably well. In fact, analysts and investors sound optimistic about the region beyond 2013.

“Although Europe will continue to be extremely volatile, there are definitely some exciting opportunities across the continent,” he says.

Observers caution that the turbulence of the European financial markets in recent years should not be viewed as a standalone issue, but interpreted within a broader macroeconomic and political context that considers the major economic areas worldwide. The countries that make up the region have strong national, legal and market characteristics and constraints. Moreover, the local dynamics of the single national economies differ from country to country within the European Union.

Those country-specific idiosyncrasies carry over to the REIT market. David F. Saleh, partner and U.K. head of real estate tax with Clifford Chance LLP in London, explains that each European country that has adopted a REIT regime has done so in slightly different ways. They have tailored their REIT rules to fit their local markets.

“The extremely strong appetite we see building among institutional investors for ‘real assets,’ which we are experiencing in our investor outreach program in Europe, Asia and the U.S., suggests to us that we will attract growing capital flows into the European listed market over the next few years,” says Philip Charls, CEO of the European Public Real Estate Association (EPRA). “Listed companies predominately hold high-quality and sustainable real estate in prime locations—the leading big cities across Europe, which are exactly the type of assets these institutions are seeking.”

Charls points out that the eurozone situation has stabilized since the European Central Bank (ECB) promised to do “whatever it takes” to ensure the integrity of the currency bloc.

“I expect this to continue to improve as further confidence-building steps are taken, such as laying out clear processes in the event of further bank rescues,” Charls says. “The advances in the equities markets are a key signal that confidence is improving, although economic growth may remain lackluster as Europe’s economies pull themselves out of recession.”

On the other hand, REITs in Europe are facing new challenges as well. One commonly cited theme is the emergence of new regulatory measures.

“The advances in the equalities markets are a key signal that confidence is improving.”

“One glaring factor in the sector that makes us uneasy is the abundance of regulation change that has occurred and will continue to occur in the foreseeable future,” Bapis says.

Notably, the Alternative Investment Fund Managers Directive (AIFMD) is creating some uncertainty for investors. The AIFMD would restrict the promotion of certain financial products to only sophisticated, wealthy investors and ban equity funds from investing in that product, unless they are created as funds of funds. Of primary concern is potential interpretation of the directive that would classify all REITs as funds that invest in assets backed by real estate. If that happens, it could deter investments from countries such as the United States and China.

Concerns grew earlier this year when the German regulator (BAFIN) stated that German REITs (G-REITs) should come within the ban. BAFIN has recently retreated and decided that G-REITs should not automatically fall within the ban, but should be categorized on a case-by-case basis. The United Kingdom and France have adopted a similar line of thinking.

Germany on the Rise

Regulatory issues aside, Germany is generating significant interest from investors. Mark Abramson, managing director and the lead portfolio manager for Heitman’s European real estate securities strategies, says he believes that the country is poised to provide significant investment opportunities in the next calendar year.

“While Germany is a very small percentage of the market for REITs, Germany is a lynchpin for the economy of Europe, obviously, and the macro-economy across the region,” he says. “I think being on the ground here has allowed us to see things are better economically—more stable politically in terms of support for the weaker European or eurozone economy—and we position portfolios around that.”

Since the introduction of a German REIT regime in 2007, only five companies have listed or applied for REIT status. They carry a current market capitalization of a total of $1.87 billion. The most limiting factor is the exclusion of German residential properties from the scope of the German REIT. Also, in the German market, open-end real estate funds already had a strong market position as options for indirect real estate investments.

“These regulated vehicles already provided for a comparable tax regime, but without the benefits of a listed share,” Saleh says. “However, some of the big open real estate funds ran into liquidity problems and must now close and liquidate their assets within a tight period, which might provide opportunities for the German REIT.”

In fact, some observers might argue that the REIT regime now seems more favorable compared with the open real estate funds, as investors could always exit the REITs by simply selling the shares on the stock market.

Revised legislation for the creation of Spanish REITs (SOCIMIs) has been widely welcomed in investment circles, both in Spain and the international community. The original legislation introduced in late 2009 resulted in a grand total of zero SOCIMIs formed in three years. Although interest in the product was initially embraced by all players in the real estate market, the course of events has shown that the number of SOCIMIs that will be incorporated during 2013 in Spain will not be large.

“Some of the initially interested sectors have already abandoned the idea for several market reasons,” Saleh says. “There will be a significant number of new Spanish REITs to be incorporated during 2013 from different sectors, mainly from international players who are familiar with this product.”

Partnering Up in the U.K.

Generally, the balance sheets for U.K. REITs are strong, and they have been buying up assets with the support of the deep pockets of institutional investors.

“REITs are responding to a lack of freely available debt financing and a scarcity of capital by looking to enter into joint ventures, particularly with overseas institutions—pension funds and sovereign investors, for example,” Saleh says.

A trickle of REITs has come to the U.K. market since the regime was introduced in 2007. Saleh says the development can be partly explained by the effects of the global financial crisis. However, he also contends that the REIT rules themselves have been too restrictive.

“The rules continue to be relaxed to encourage new REIT listings,” he says. “Recent changes include allowing significant institutional investment in REITs by pension funds and sovereign wealth funds. It is hoped this will encourage the new wave of REIT listings.”

While European countries such as Germany and the United Kingdom have listed real estate regimes that are off and running, others are still learning to crawl. Ireland, for instance, recently launched its first REIT after EPRA helped the Irish Forum present a case for its introduction to the government. EPRA is also actively engaging with the government in Italy to promote the listed real estate sector as the most effective way to attract urgently needed capital into the domestic economy.

Overall, Charls’ organization is working to ensure that European REITs play an even greater role in the European Union’s economy as the recovery builds momentum.

“We are also actively engaging with the European Union over its plans for the long-term financing of the EU’s economy to boost growth by putting real estate and, particularly, listed companies at the center of its proposals,” he says.

So, as listed property companies continue to sprout across the region, does that make this a good time to invest in European REITs? David Lynn, executive vice president and chief investment strategist for Cole Real Estate Investments in Phoenix, Ariz., suggests that investors might be able to get into the market on the upswing.

“REITs could be a good investment opportunity, because they offer higher yields and potentially more capital gain as capital values have dropped considerably there,” Lynn says. “REITs offer a quicker and easier way to access European property. It is hard to capitalize on the property distress in both equity and debt. REITs are a way to do that. Yields are high, particularly in Italy, and capital values for real estate are at lows because of the perceived risk. If you expect Europe to recover, then the real estate will follow, and this is a good time to buy.”