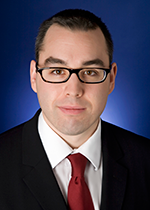 REIT: The macroeconomic recovery has been slow, but appears to be continuing to move forward. What do you see on the horizon for the commercial real estate sector, now and in the next couple of quarters?

Trifon: The fundamentals for commercial real estate are the best we have seen since 2006. The recovery has been supported by the financing environment and the availability of capital. With low interest rates and lots of capital available, the lack of new construction has led to positive absorption in many markets that we have not seen in several years.

The market is at an inflection point, however. The recovery to date had been limited to top-end properties, especially on the west and east coasts. New York and Washington, D.C., in particular, have seen a rebound. There has been a complete recovery in asking rents and property values in the top-tier assets. What we have not seen until recently has been an improvement spreading to the second-tier markets and Class B properties within the top markets. That broadening of the recovery is beginning to take place, and we expect it to continue.

Developments in late July and early August, including the market response to a possible Fed tapering and the weak payroll figures for July, suggest that it may be a bit premature to say how far we are into this inflection point. It may be a bit premature but, in our view, it is a pretty safe bet that the recovery will continue to broaden. There is an open question as to whether the market has priced in the expectation of a 3 percent to 5 percent growth in cash flows, and the extent to which there could be a re-pricing if growth and cash flows disappoint. That is not our view, but it is a real risk.

REIT: You mentioned that the credit environment has been favorable in commercial real estate.  What are the key points?

Trifon: The financing environment for commercial real estate is the best it has been in years, since 2007 or earlier. It is robust, but in a healthy way. We are seeing participation by every major type of capital provider. In the early years of recovery after the crisis, say, 2010, 2011, insurance companies were the only active lenders in CRE. The securitization market began to re-emerge in 2010 with a few issues, and got some momentum in 2011 and 2012. Current issuance is running about double last year’s pace, with about $100 billion of securitizations, and we expect to hit $125 billion before year’s end.

REIT: If the market is so healthy, why do you expect a slowdown in CMBS issuance in the second half?

Trifon: That’s because the maturity of legacy CMBS issues was bunched in the early months of the year.  A majority of this year’s issuance is refinancing old CMBS loans, but we are seeing a significant amount of new lending as well.

REIT: Who else is lending, in addition to the insurance companies and CMBS market?

Trifon: The commercial banks are coming back into the market, as well as some specialty finance companies. The latter have been active in some more esoteric parts of the market like sub debt and mezzanine financing. Foreign lenders are also returning, both from Europe and Asia. The most prominent has been the Bank of China, with some high-profile deals on trophy New York office properties. And, of course, the GSEs continue to be extraordinarily active in the multifamily market.

REIT: What about underwriting standards and spreads?

Trifon: Standards have loosened over the past two years, especially on CMBS. We are not seeing an excessive deterioration of underwriting, but more of a normalization after several years of extremely tight standards. Standards right now are about fair compared to longer-term trends. The issue going forward is whether lending standards continue to deteriorate, for if they do, we could see a repeat of the credit troubles that happened in the past. So far, though, institutional memories are still fresh, and even though a competitive lending dynamic is in effect, no one wants to push this too far. Since we are only two to three years into the cycle, we should have some room to run, especially if cash flows continue to improve.

The financing environment for commercial real estate is the best it has been in years, since 2007 or earlier.  It is robust, but in a healthy way.

Spreads on CMBS have done really well over the past 18 months. Pricing on new AAA 10-year CMBS tightened to as little as 72 basis points over swaps early in the year, but widened to a high of 128 basis points in June. They have retraced most of that and are in the 80 basis points to 90 basis points range, depending on credit quality and other factors. We think these spreads are at fair value and are not expecting much more tightening.

REIT: How has the backup in long-term rates since May hit the market?

Trifon: The selloff in Treasuries following the talk in May of a possible Fed tapering had an impact on the CRE financing market. Issuance shut down for two weeks or more, but stabilized and largely recovered in June and July. But pricing is a lot different. Spreads on loans have widened 50 basis points to 100 basis points from early this year, so on top of the 100 bps rise in Treasury yields, the borrower’s financing costs are up as much as 150 basis points.

This has had some impact on demand for credit, although less than in late May to early June. There has been recognition by borrowers that higher rates are here to stay, so if you can get a loan or a refi and you haven’t done so already, you should do it, even at these higher rates.

REIT: How are higher rates likely to affect the property markets?

Trifon: We don’t expect higher rates to impact property valuations. With the ongoing economic recovery, cash flows should continue to rise. Any possible impact on cap rates will be offset by the higher cash flows, keeping property values level.