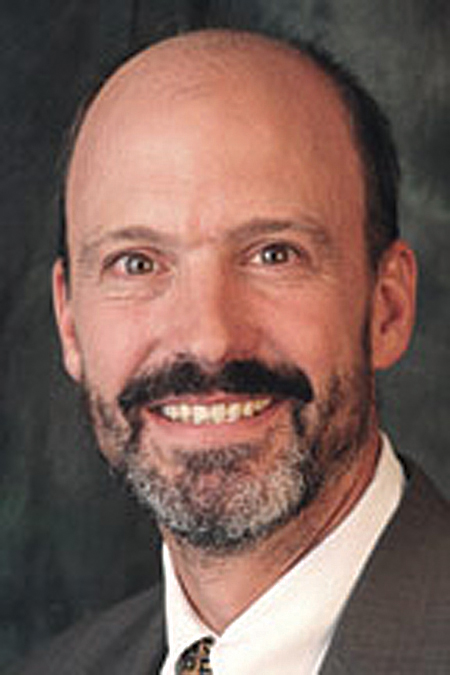 REIT: Let’s start with your outlook for the macro-economy. Do you expect the momentum to continue to build, or will we see a return to the stop-and-grow growth that has characterized the recovery to date?

Woodwell: Like many, we anticipate the economy finishes stronger in 2014 than it started off.  After the weakness in the first quarter and the rebound in the second quarter, we expect generally stronger momentum in the second half of the year and into 2015.

We do anticipate some moderation next year from the pace in the second half of 2014, but that is largely a reaction to the weakness early this year and the subsequent rebound; for the year as a whole we expect a bit better growth rate in 2015 than in 2014.

REIT: What about the outlook for commercial property markets—how do you see the different property sectors moving forward?

Woodwell: The recession hit all property sectors across the board, but we are seeing the different property types come out of the recession at different paces. Multifamily has recovered the fastest, as the decline in the home ownership rate has led directly to improving fundamentals in the rental markets.

Gains have come a bit slower in the office market because of the slow job growth we have seen until recently. As hiring stabilizes, we anticipate stronger tightening of conditions in the office sector, particularly given the slow development outlook. We track the construction put-in-place from the Census Bureau, which shows a 65 percent increase from its trough for office buildings, but is still 38 percent below its prior peak.

REIT: What is the supply picture in the multifamily sector?

Woodwell: The Census numbers show multifamily construction is up 209 percent from its trough, but this is still below its prior peak. Construction activity is likely to continue to firm.  Based just on the increase in multifamily permits, one would expect multifamily starts to remain strong for at least 18 months. Given the strong performance in the sector in terms of cap rates and pricing, though, we’re likely to see development activity remain strong considerably longer than that.

REIT: Do you expect this new development supply to weigh on pricing and fundamentals?

Woodwell: Market conditions and development each affect the other, but they don’t move in lock-step. Strong pricing is certainly leading to new development. This new supply in turn will eventually temper NOI growth and price appreciation.

We’ve looked at the links between multifamily starts and demographics, though, and find a fairly strong link (see chart below). There were tons of multifamily starts when the Baby Boomers came of age, but construction activity pulled back when the Gen-Xers were young adults. The Great Recession hit right in the middle of when the Millennials were coming along, which drew down starts. There are still five to six years of growth of this demographic group, though, which will support multifamily construction for the next several years.

Vacancy rates are the proof of the pudding, though. Vacancy rates remain very low, which indicates that demand exceeds supply. We should therefore expect to see multifamily construction activity continue without swamping the market.

REIT: One property sector we haven’t touched on is retail. What have you seen in that sector?

Woodwell: Retail, like office, has been later in coming out of the recession. It has been slow in every dimension: transactions volumes, pricing, cap rates, and so on. The cap rate on retail properties has been coming in, though, to 6.8 percent in the first quarter, indicating there is a lot of investor demand now for the right properties.

REIT: Speaking of pricing for the sector overall, how vulnerable do you think cap rates will be as the Fed completes its taper and eventually begins raising interest rates?

Woodwell: Real estate has traditionally been viewed as a hedge to inflation, which means that in a growing economy one can expect property incomes to rise with prices. Right now cap rates are at historically low levels, but given the low yields on other investments, real estate still provides a good spread to Treasuries and to other alternatives. There has been some spread compression since the lowest of low interest rates, but we may still have some space to give.

A few years ago we wrote a piece called “No such thing as normal.” It’s important to keep in mind in conversations about the long-run average cap rate or the traditional spread to Treasuries that each time period has so many elements that are different from other periods.  Different economic growth rates, different levels of interest rates, different conditions in real estate markets. As a result, the near-term outlook is rarely a “return to normal.” Rather, one sees a range of conditions that are unique to each time period.

REIT: So you are saying that recoveries don’t follow the same route each time?

Woodwell: That’s right. There’s a whole series of factors at play. The last time we faced rising long-term interest rates was a long time ago and the economy and markets look very different now. We have low inflation, the state and structure of capital markets has changed, there are large international capital flows.

For commercial real estate, one big structural change is that in earlier periods most financing consisted of banks lending to small private developers. Now, the market is populated with large national developers, REITs and sophisticated investors in additional to the traditional local builders, and there is a wide variety of sources of financing.

REIT: What is the attitude of sources of financing right now?

Woodwell: There is a strong appetite among all types of lenders for mortgage loans on commercial and multifamily properties. With rates this low and property fundamentals and pricing so favorable, now is a great time to borrow.

We are not seeing an increase in the overall level of originations, though, because the volume of loans that are maturing is low. There are some 10-year loans from 2004 and a few seven-year loans from 2007, but not many five-year loans from 2009. So the volume that’s maturing from all investors excluding banks—so that includes CMBS, life insurance, GSEs, FHA and pension funds—is 23 percent below last year, but total originations are on pace. That suggests that there is a considerable amount of new funding taking place in the market right now.