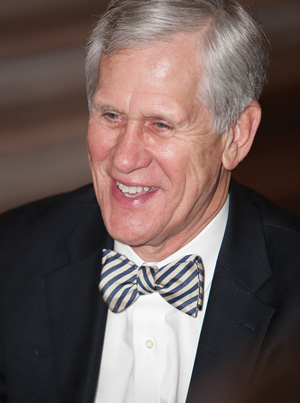 Jim Fetgatter has served  as chief executive of the Association of Foreign  Investors in Real Estate (AFIRE) for more than 20 years. AFIRE represents foreign institutions that invest globally in real estate. Fetgatter served as an officer in the United States Navy and holds an M.B.A. from Harvard University and a B.S. from Oklahoma State University.

AFIRE represents institutional investors in real estate from around the world. In your experience, do investing philosophies and orientations differ from region to region or country to country?

Foreign investors invest in all kinds of structures, and it is really impossible to make generalizations.

Sometimes the investing structure is dictated by how the institution deals with national laws like the Foreign Investment in Real Property Tax Act (FIRPTA) in the U.S., other times it is dictated by how much control of the asset the investor needs to have. Their investing philosophy may be determined by whether they are a pension fund, a public company or a privately held company. Generally, of course, a privately held company can take more risks than a pension fund with fiduciary responsibility.

Often, different countries may have different sources of capital, which may affect how they invest.

Can you give us some background on AFIRE’s opposition to FIRPTA?

The FIRPTA laws have been on the books since the early 1980s and were intended to protect Midwest farmland from foreign speculators. It morphed into what it is today and is terribly antiquated and cumbersome. It was devised long before the globalization of real estate capital or most capital in general. The U.S. is now competing for capital with the rest of the industrialized nations around the world, and FIRPTA puts us in a definite competitive disadvantage.

U.S. pension funds are exempt from U.S. taxes, but a foreign pension fund is required to pay taxes in the U.S.

Many real estate investors and industry groups, including NAREIT, share AFIRE’s concerns about FIRPTA. Do you feel as though Congress and the White House are progressing toward any type of meaningful reforms?

This is partially because the law is so complicated and because it is about the treatment of foreigners--even if a change would benefit U.S. citizens.

However, restricting foreign investment, as FIRPTA does, affects the entire U.S. real estate industry, and that industry is the source of lots of votes and money. So, the reform legislation is

gaining traction, although not quite getting over the goal line.

I believe if we continue to chip away at it, the benefits of softening these draconian taxes will eventually prevail. There seems to be widespread bipartisan support for some of the recent proposals, but getting the legislation to the floor for a vote is the challenge. We just need to keep talking about it in a public forum.

Were there any big surprises for you this year in the results of AFIRE’s annual survey of foreign real estate investors?

A couple of things jumped out at me in our most recent investment survey.

We asked a question about obsolescence of certain product types. Ninety-five percent of our members consider suburban office to have a moderate-to-high risk of premature obsolescence.

We also asked about the new Chinese investors. Two-thirds anticipated that the Chinese would become the largest source of foreign investment in U.S. real estate, and 72 percent considered this to be a permanent phenomenon.