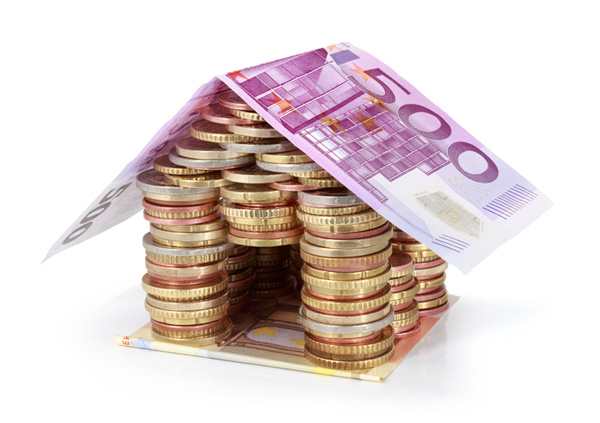 When Scott Rechler engineered the sale of Reckson Associates Realty Corp. to peer SL Green Realty Corp. (NYSE: SLG) for $4 billion without debt in 2007, he knew he wanted to rebuild a class-A real estate operator outside of the public markets.

What he didn’t know at the time, of course, was that the global financial system was headed toward a meltdown that would leave millions of homes and buildings in foreclosure, force companies and banks out of business, and grind commercial real estate deal-making to a halt.

Yet, he was able to create RXR Realty, a company focused on prime office space that now controls $12 billion of assets across 22 million square feet primarily in the New York area. What’s more: He managed to pick up a handful of buildings at the bottom of the market when many competitors were still frantically assessing the new lay of the land.

Since 2009, the third-generation landlord has raised some $5 billion of equity. Ninety percent of that has come from pension funds and international sovereign wealth funds, which Fitch Ratings defines as “state-owned enterprises that typically own and manage global portfolios diversified across multiple asset classes.”

(Think of them simply as ways for foreign governments to put excess capital to work, much like the way some retail investors dabble in stocks. Of course, this is on a much larger scale and quite serious.)

Without such investors, “we would not have been able to capitalize our funds to take advantage of the distress in the market,” says Rechler, whose RXR Realty owns such marquis Big Apple addresses as 620 Avenue of Americas – where Spotify has its U.S. headquarters – and 230 Park Ave., referred to as the Helmsley Building.

Sovereign wealth funds are generating a buzz in REIT land because they’re eager to spend big bucks – on a scale that makes the market cap of many companies seem modest.

There actually isn’t much known about many SWFs, which generally don’t issue press releases, or in some cases, don’t even have a website. Founded in 2007, the Sovereign Wealth Fund Institute (SWFI) has emerged as a go-to source for hard-to-find SWF information.

The Asian region holds the biggest percentage of SWFs with 39 percent of players, while the Americas account for just 2.9 percent. Oil and gas-related ventures make up nearly 60 percent of funding, which currently stands at more than $7 trillion, that is more than double the level seen in 2008, according to the SWFI.

Not surprisingly, Norway’s government pension fund is the world’s largest with $882 billion of assets. Next comes the Abu Dhabi Investment Authority – one of the oldest on the list – with $773 billion. Both can thank the oil market for the riches.

The SWFI also developed the “Linaburg-Maduell Transparency Index,” which ranks the funds on how well they freely disclose information. Norway comes in at a 10 - the highest possible score – while Abu Dhabi gets a six. The Libyan Investment Authority and Algeria’s Revenue Regulation Fund both received a one, indicating more disclosure is needed.

Some might consider SWFs – some with offices in the United States – as sort of a fairy godmother to real estate operators. They’re generally viewed as quiet owners who leave the bulk of work to the REITs. For tax reasons, non-U.S. investors can’t own more than 49 percent of a U.S. REIT, advantageous and reassuring to many REIT partners and other fund participants.

RXR has an entire team focused on complying with these complex tax structures. “It’s a big advantage of ours, being able to understand these investors’ issues,” says Rechler, who has visited more than 150 investors – he protects their identities and won’t mention any by name – in more than 20 countries and tackled many conference calls at 5 a.m. or late at night to accommodate different time zones.

SWFs typically work directly with their partners without layers of outside advisors and committees that can slow down the process of working with some U.S. pension funds. Rechler recalls winning a bid and signing documents within 24 hours.

“Where a lot of the U.S. pensions go through advisors and consultants … most of these sovereigns have their own offices and their own investment people in house and do it directly,” he says. “You’re dealing directly with the source.”

“People hear sovereign wealth, they think favorably. That’s a good thing. They’re not looking to make waves, they’re looking to put money to work,” says Alexander Goldfarb, senior REIT analyst with Sandler O’Neill + Partners in New York. “Like any business that wants to do repeat business, they want a good reputation. The sovereigns, if they come around demanding onerous terms, flexing their muscle, you’re not going to want to do business with them.”

Industry watchers say they expect plenty more SWF investment activity in the future, particularly in real estate in bigger U.S. cities, which is considered a sound and stable investment that may provide inflation protection and diversification benefits.

“Since 2012, annual foreign investment into the office, multifamily and industrial segments has consistently surpassed the prior peak year of 2007, and growth is expected to continue into 2016,” Jones Lang LaSalle (JLL) wrote in a report this year. “A major contributing factor to the continued attraction of foreign capital to the U.S. is the current macroeconomic climate, which has positioned the U.S. as a market with long-term stability and steadfast economic momentum during the current period of economic softening throughout much of the world.”

Much of that interest is coming from SWFs. For example, Norway’s SWF has said it wants to increase its real estate exposure to 5 percent from 2.2 percent.

Such figures have certainly caught the REIT industry’s attention. NAREIT’s investor outreach department is working to “make sure that the interest of U.S. REITs is being well represented and communicated to investors, including sovereign wealth funds, around the globe,” according to Meredith Despins, NAREIT’s vice president of investment affairs and investor education.

“We don’t make recommendations with regards to specific REITs or specific investment strategies. It’s more ‘here are some of the investment attributes of REITs, and here are different ways REITs can be used within an overall investment program,’” she says.

SWFs have already had a major impact in the industrial real estate sector in 2015. Earlier this year, global industrial REIT Prologis Inc. (NYSE: PLD) announced the completed acquisition of the real estate assets and operating platform of KTR Capital Partners and affiliates

for $5.9 billion. The deal, which includes a roughly 60 million square foot operating portfolio and 3.6 million square feet of development in progress, was led by Prologis U.S. Logistics Venture and is a joint venture with Norges Bank Investment Management, manager of the Norwegian Government Pension Fund Global.

The $5.9 billion KTR transaction in April followed the even bigger $8.1 billion deal that a joint venture between Singapore-based GLP and GIC Pte. Ltd., Singapore’s sovereign wealth fund, made in buying IndCor Properties from Blackstone Group LP, according to JLL. The deal, which JLL labeled the largest industrial transaction in U.S. history, indicates the growing confidence foreign investors have in a U.S. industrial segment that has long received less attention than higher-profile office towers.

“As additional top-quality, national portfolios enter the market, continued transactional acceleration from foreign investment sources will continue to redefine the industrial investment landscape,” according to JLL, which added that SWFs are willing to pay a high premium to U.S.-based operators willing to sell entire platforms.

“They’re not interested in that one industrial building off of Exit 13,” says Steven Marks, a managing director of corporate finance and REITs with Fitch Ratings. “These SWFs write big checks, typically through joint ventures with REITs that own top assets in core markets.”

REIT stocks are collectively trading below net asset values (NAV), fueling expectations that deal flow will increase. The 30 stocks in Sandler O’Neill’s universe, which includes everything from apartments to triple-net lease firms, trade at an average discount of 9.5 percent, Goldfarb says.

According to Marks, health care REITs, which had been trading at a premium of 20 percent to 30 percent against their NAVs, are trading at parity. Fitch Ratings counts such a discount, along with the low-yield environment and depth of private equity capital, as harbingers of privatization for the entire sector.

From 2005 until 2007, 30 REITs were acquired, representing 37 percent of the REIT market’s equity capitalization in 2005. Current market conditions have the market set for another multiyear acquisition period, according to Fitch Ratings, and transactions could hit as many as 40 in the next few years.

Many industry observers expect the cash-rich SWFs to play a role in the deal-making.

“These investors could look to REITs as management and operating platforms for their rapidly expanding U.S. real estate portfolios,” Marks says.

An Eye on the Future

Given the money at play and SWF’s growing comfort with the U.S. real estate market, industry watchers expect SWFs to expand their reach, branch out into smaller markets and even spearhead their own development. They may also shed their perceived passive stance and begin exerting muscle – if they haven’t already behind the scenes.

“Increasingly, wealth funds are fighting for influence. A lot more are going to participate on corporate boards,” Maduell says.

The involvement of SWFs in the U.S. REIT market should only continue to increase, according to Marks. After all, those war chests represent “a deep source of capital down the line,” he says. u

Dawn Wotapka is a former real estate writer for The Wall Street Journal. When Scott Rechler engineered the sale of Reckson Associates Realty Corp. to peer SL Green Realty Corp. (NYSE: SLG) for $4 billion without debt in 2007, he knew he wanted to rebuild a class-A real estate operator outside of the public markets.

What he didn’t know at the time, of course, was that the global financial system was headed toward a meltdown that would leave millions of homes and buildings in foreclosure, force companies and banks out of business, and grind commercial real estate deal-making to a halt.

Dawn Wotapka is a former real estate writer for The Wall Street Journal.