Spanning the Globe with Don Hanna of Roubini Global Economics 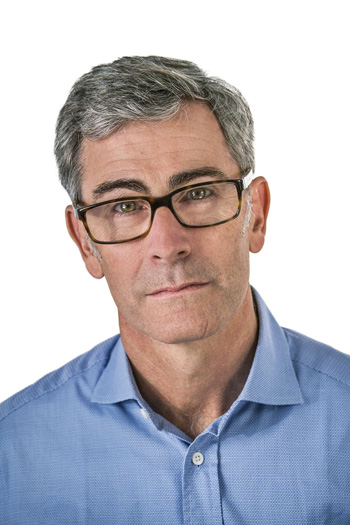 With the Great Financial Crisis still fresh in their minds, policymakers still have to contend with major economic questions. What will be the impact of fiscal austerity programs? Is the eurozone stable? Interest rates eventually have to rise, don’t they?

As head of research for Roubini Global Economics, Don Hanna has to keep a watchful eye on these converging economic variables. Prior to joining Roubini’s Asia office, he advised on global macroeconomic trends as a managing director with Fortress Investment Group. His career also includes stints with Citigroup, Goldman Sachs and the World Bank.

Hanna offered REIT magazine his insights on some of the biggest economic stories from around the world for this issue’s edition of “Capital Markets.”

REIT: The biggest headline in the global economy this year has been the turmoil in Greece and the implications for the eurozone. Has this episode lent credence to the idea that the euro should be scrapped?

Don Hanna: I don’t think that’s the case for Europe in general.

The conditions that Greece finds itself in in terms of its levels of indebtedness, the rate of its growth and the levels of its competitiveness aren’t reflected in other countries. What this does show is that in order for the eurozone to be able to persist and to strengthen out of this, [it] requires not just the deal that was struck with Greece to work, but also to accelerate the fiscal union and the banking union that will allow for greater resiliency if in the future particular countries are hit with shocks that would otherwise lead to a divergence in their economic performance from that of the rest of the eurozone.

REIT: Can you explain why that matters?

Banking union matters because the other thing one wants to be able to do is to have credit flow across the entirety of the common currency union. That requires that banks be able to move money across borders and take those risks.

REIT: Is a universal currency for a diverse confederation of cultures like the eurozone even feasible, though? Have the benefits of going to a common currency in Europe outweighed the drawbacks in the last 15 years?

Hanna: That’s a tough question to answer because we don’t necessarily know what things would have looked like without a euro. You can certainly identify benefits.

There were certainly benefits for Germany associated with having a weaker currency than it would otherwise have had, given the size of the current accounts that it has maintained over much of the period. There were certainly benefits to the periphery in the period of convergence associated with its declines in interest rates and higher levels of investment that ensued.

But what has not worked as the designers would have hoped is, as I said, fiscal transfers and banking.

REIT: We’re now seeing a slowdown in China after an extended run of economic expansion. What is contributing to that deceleration in growth?

Hanna: First of all, in the (latest) official numbers, the (Chinese) economy was growing at over 5 percent, which was still some of the fastest growth in the world. It’s no longer growing at an average rate of 10 percent, but this is still an economy that is $10 trillion, so be careful about how you use “deceleration.” The contribution that China is making to global growth is still substantial.

Why is it growing more slowly? Some of it is associated with the fall in the growth of the labor market. In 2008, China was adding over 10.5 million new workers to its labor force each year. This year, according to U.N. data, it will add 244,000 new workers. When you’re adding fewer people to the labor force, unless those people are massively more productive, it’s hard to continue to grow as much.

Also, the export orientation for growth reaches limits when you’re already the second-largest trading country in the world. You can’t grow faster than the market at that point. It’s very difficult to continue to increase the share of investment in GDP when it’s standing at over 45 percent. That’s another factor that leads to lower levels of GDP growth.

REIT: How would you manage the reforms China is introducing to smooth out its economic cycle?

REIT: If you’re an international real estate investor, what are some of the issues that give you the most concern right now?

If I’m investing in developed land and that area remains attractive, the value of that scarce resource is going to rise. That’s in part a function of the level of interest rates. There’s going to be a long period of rising interest rates, which we haven’t seen in the United States in probably nine years. There are questions about what that is going to do to the financing costs and purchasing power—hence, the price of real estate.

With regard to land scarcity and development more generally, besides the feedback from interest rates, there’s a question of the re-evaluation of emerging market growth. How is the pace of urbanization and the pace of real estate development going to be affected?

REIT: At present, do you see any major fault lines developing that are similar to the lead-up to the Great Financial Crisis?

Hanna: The rise of leverage in China. For the global economy, that’s probably the biggest financial sector-based risk.

Typically, the kinds of excesses that get built into a financial system that create the basis for financial crises take many years to develop. Peoples’ memories aren’t so short that those kinds of imbalances get built up only eight years after having been in the system. It takes another generation of people to forget and other sources of innovation and uncertainty to build up to create the kind of conflagration that we had at the beginning of 2007.

Don Hanna is a managing director and head of research for Roubini Global Economics in the firm’s Asia office. He came to Roubini from Fortress Investment Group. Prior to joining Fortress, Hanna worked for Citigroup Global Markets for nearly 10 years, a stint that included a period as acting chief economist. Hanna holds a doctorate in economics from Harvard University and a bachelor’s degree in economics and Spanish from the University of California at Berkeley.