Brexit and the Aftermath for Property Markets 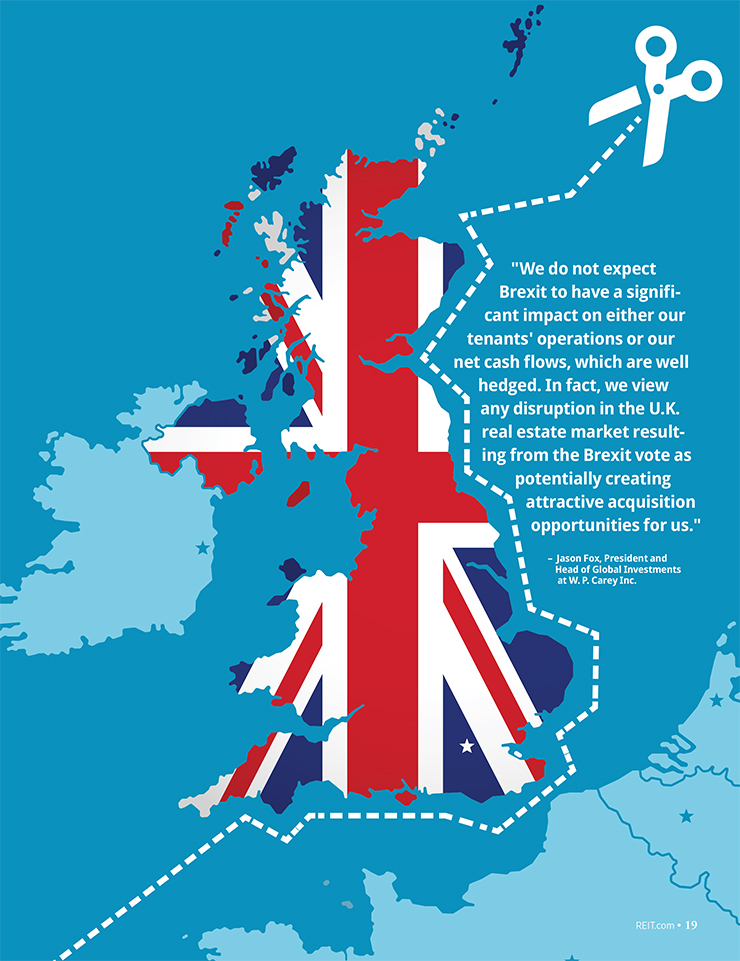 Following the June vote in the United Kingdom in favor of withdrawing from the European Union, popularly dubbed Brexit, Europe’s property markets are facing an unsettling combination of economic and political uncertainty.

Months after the vote, analysts, investors and market watchers are still trying to figure out the ramifications of the decision.

Melanie Leech, chief executive of the British Property Federation, says it’s still too early to see what the full impact of Brexit will be on the commercial property market, “as longer-term occupational and investment trends will take a while to materialize, and are likely to be driven to an extent by the U.K.’s negotiations with the EU.”

“We should brace ourselves for a long period of volatility and uncertainty,” cautions Philip Charls, CEO of the European Public Real Estate Association (EPRA).

A common theme also seems to run through opinions about investor sentiment toward European property markets.

“Risk aversion has reasserted itself and is likely to prevail in the short term,” observes Joe Valente, head of research and strategy for European real estate at J.P. Morgan Asset Management.

But despite the predominantly cautious mood, observers also underscore that the economic environment remains largely the same: low growth, low inflation and low interest rates. In other words, the reverberations triggered by Brexit are not in the same league as the global financial crisis. “There’s no sign it’s creating financial contagion,” says Scott Crowe, chief investment strategist at Center- Square Investment Management.

For its part, EPRA does not anticipate that the current climate of uncertainty will result in a slowdown in the increased allocation of funds to real estate in Europe.

“In the wake of the current low interest rate environment and the greying of society, the need for long-term income producing assets will continue,” Charls says. “Real estate is the one alternative asset class which is still offering attractive yields.”

Even though Brexit touched off unease about real estate in Europe, underlying market fundamentals indicate that markets in the U.K. and on the continent are sitting on a sturdy foundation.

United Kingdom: Where Will the Jobs Go?

As the dust begins to clear post-Brexit, one of the main challenges for investors will be getting a better sense of where asset prices are settling. “That’s going to be a process that might take some time,” says Hans Op ’t Veld, head of listed real estate at Dutch pension fund PGGM.

Peter Papadakos, a managing director at Green Street Advisors in London, says his firm has marked down London office values by 10 percent. He notes that once negotiations on the U.K.’s exit from the EU start to take shape, the market could begin to get more comfortable with the new landscape.

Analysts note that U.K. REITs have already priced in about a 20 percent drop in property values, and as of July 28, the FTSE EPRA/ NAREIT U.K. REIT Index reported a year to date price return (in euros) of -20.9 percent.

To Crowe, discounting property values by 20 percent is “a little bit hysterical.” The move was likely prompted by announcements from several U.K. open-ended property funds that they would halt investor withdrawals, he says.

Op ’t Veld notes that many of these funds hold about 10 percent to 15 percent of their portfolios in REITs as a substitute for cash. Consequently, demand for withdrawals has created an additional wave of selling pressure on U.K. REITs.

If the funds become forced sellers, “that pricing evidence could be worse than we all expect,” according to Papadakos. On the other hand, a mitigating factor is that most of the funds tend to own somewhat lower-quality real estate than the U.K. REITs, he adds.

One of the most tangible impacts from Brexit on U.K. commercial real estate is the anticipated disappearance of financial and professional service sector jobs in London. Green Street is projecting an outflow of 60,000 to 75,000 jobs, which could prompt a drop in rents of up to 10 percent. Many of those jobs may be added in Dublin, Frankfurt and Paris instead, according to Green Street.

But despite the projected outflow of jobs, market observers say London will remain an important financial center.

“It’s far-fetched to believe that London will be replaced by some other city in Europe, but its role may be slightly diminished,” Crowe says.

In fact, Valente points out that the depreciation of the pound will increase the attractiveness of U.K. real estate to dollar-denominated investors. He is expecting the initial downturn in central London property in 2016 to lead to a “surge in activity” in 2017 to 2019. 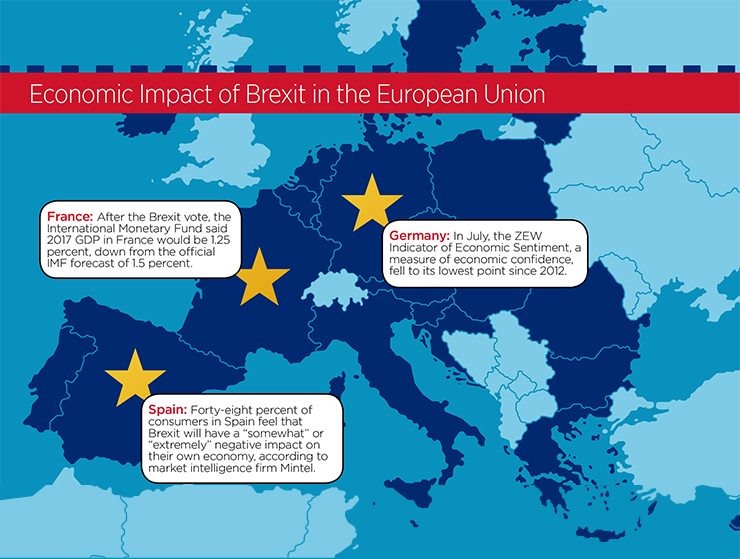 Germany and France Lead the Way

As for continental Europe, the question of whether more countries will opt out of the EU will remain in the back of investors’ minds.

“It’s quite clear that we are now entering a stage of rethinking the whole EU idea,” says Op ‘t Veld.

Overall, European REITs have produced negative total returns (in euros) past the midway point of 2016. For the year through July 28, the FTSE EPRA/NAREIT Developed Europe REIT Index, which includes the U.K., was down 6.4 percent, following a gain of 16 percent for all of 2015.

Real estate values in continental Europe have been increasing this year against a backdrop of modest economic growth and job creation, combined with low interest rates, Papadakos notes. He points out that continental European REITs have done well, in particular, because they own better-than-average real estate.

Germany looks like the prime beneficiary of investors’ flight to quality. According to data from real estate services firm CBRE, commercial real estate investment activity in Germany in the period from the third quarter of 2015 to the second quarter of 2016 totaled approximately $53.6 billion, a 10 percent increase from the same period a year earlier. 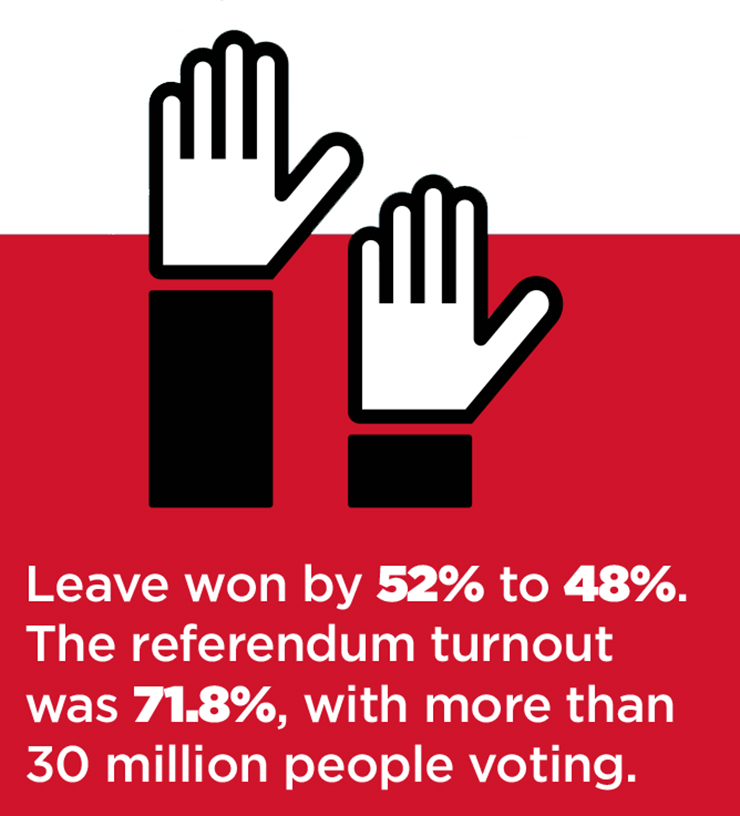 Germany’s neighbor, France, has also seen a solid performance from the REIT sector, despite lingering concerns about the French banking system. “France is one of those countries that has most to gain from the U.K. leaving the EU,” Op ‘t Veld says.

According to Papadakos, about 35 percent to 40 percent of REIT-owned real estate in continental Europe is located in France, making it a key market for the region. CBRE data shows that commercial real estate investment activity in France totaled roughly $30.2 billion in the period from the third quarter of 2015 to the second quarter of 2016, a 32 percent increase from the year-earlier period.

REITs in southern Europe, meanwhile, have underperformed the rest of continent in the wake of Brexit, Papadakos says. For example, data from Green Street shows that, on a market cap-weighted average basis, returns for southern European diversified REITs through July 15 were off 9 percent in 2016. That compares with a 14 percent gain for French diversified REITs during the same period.

Valente explains that southern Europe has been most exposed to the downturn triggered by the financial crisis of the last decade. “Runs on Italian banks are possible, given the inability of government to re-capitalize,” Valente said. He adds that the Italian government is also “in a precarious position” ahead of a referendum on constitutional reforms in the fall.

And while economic recovery is “well-entrenched” in Spain, Valente says, elections in June left no political party with a mandate to govern. Commercial real estate investment activity there totaled about $10 billion in the period from the third quarter of 2015 through the second quarter of 2016. That represents a 41 percent drop from the year-earlier period, according to CBRE. 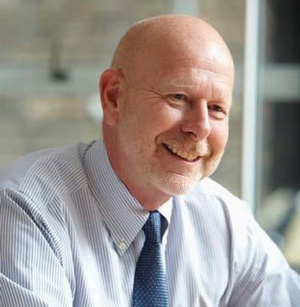 With a portfolio of unique commercial and residential properties situated across 14 acres of London’s West End, Shaftesbury PLC (LSE: SHB) is a niche player in the U.K. REIT market.  Brian Bickell has served as CEO of Shaftesbury since 2011. He offered a first-hand view of life post-Brexit.

REIT.com: Has Shaftesbury seen any impact from Brexit so far?

BICKELL: It’s very early days since the result, so for most people and businesses life continues as before. There is a long way to go before our future relationship with the EU becomes clear and this prolonged period of uncertainty is unlikely to be helpful for business planning.

REIT.com: Have you seen any changes in terms of competition for West End assets?

BICKELL: A weaker pound will inevitably attract more investment interest from overseas buyers, but our experience is that existing owners are more likely to hunker- down in periods of uncertainty and not rush to sell. This is different from the 2007 to 2010 downturn, which was a financial crisis; so far this is just political.

REIT.com: What is the general mood in the U.K. commercial property sector?

BICKELL: The result was frankly a shock of exceptional magnitude, followed by unprecedented political turmoil. That fortunately proved to be short-lived and a degree of calm has returned. The global investment appeal of prime U.K., and particularly London, property is unlikely to be diminished. However, investment interest in some assets or less-prime locations may suffer if our future arrangements with our EU partners and markets leave us at a long-term commercial disadvantage.