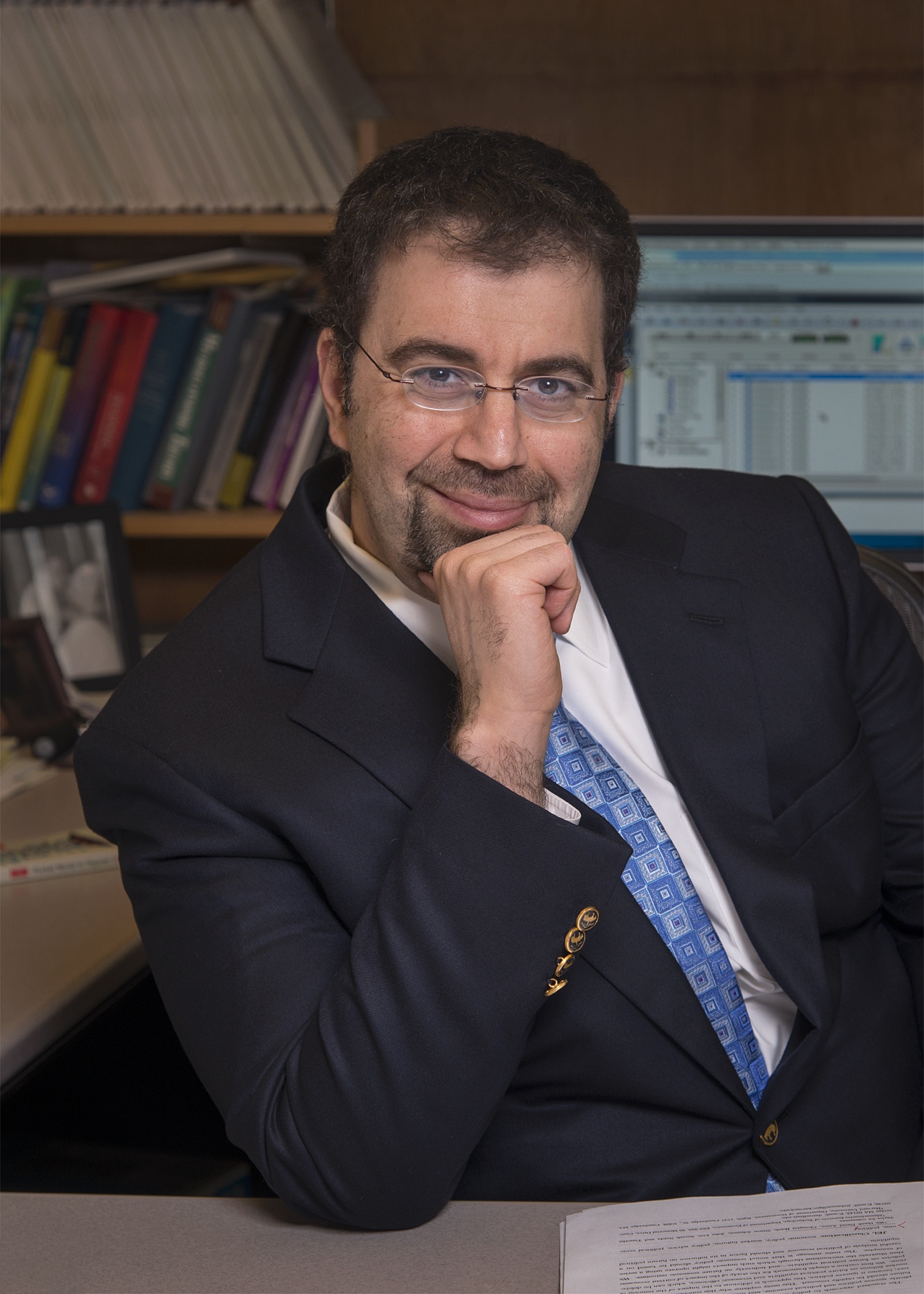 Scholars of history have long tried to answer a simple question: Why do some nations thrive, while so many others fail?

MIT economics professor Daron Acemoglu thinks he knows the answer. Acemogula and Harvard University’s James Robinson co-authored the book “Why Nations Fail: The Origins of Power, Prosperity and Poverty” in 2013. In it, they detailed the differences between “extractive” and “inclusive” institutions, which they argue hold the key to determining whether a society will flourish.

Acemoglu talked with REIT magazine about the origins of “Why Nations Fail”, the difficulties behind establishing a successful state and the inevitability—or lack thereof—of social decay.

REIT: In terms of process, did you come to your overall conclusions about the successes and failures of nation states by studying them individually, or did you do more of your research looking back at history through the lens of your theory?

Daron Acemoglu:  It’s a mixture of the two. James Robinson and I started with the hypothesis that institutional differences were at the root of the different economic trajectories of nations, and then turned to statistical analysis of historical data and case studies.

Of course, as we understood the history and the data better, our hypothesis got refined.

REIT: In your view, what are the keys to building – and maintaining – a thriving society or nation?

Acemoglu: We find that inclusive economic institutions, which provide broad-based opportunities and incentives for people to trade, invest and innovate, are the key building block of prosperity. They provide such incentives by ensuring secure property rights; a functioning legal system; regulation of monopoly power; and, most importantly, the creation of a level playing field in terms of access to opportunities and education.

Therefore, the keys to building prosperity go through not just economic institutions, but political institutions that prevent any individual or group from becoming too powerful.

REIT: What does this mean for the economic paradigm of comparative advantage?

Acemoglu: Comparative advantage is an important economic concept for understanding the allocation of talent within society and international trade between economies. But it is something that is determined by economic institutions. If extractive institutions create a tilted playing field, only a few people will have the opportunity (and thus the comparative advantage) to become an entrepreneur or an engineer or an innovator.

The key for creating prosperity is to spread these opportunities broadly.

REIT: If there are guidelines for creating durable, successful nations, why, in your view, do they historically have such a low probability of lasting?

Acemoglu: This is a key question, but its answer is simple. Extractive economic institutions, which do not generate sustained economic growth, still serve the interests of the politically and economically powerful. This is why they are the norm rather than the exception throughout history.

REIT: Your book seems to paint a picture of a thriving nation as something close to an accident or product of chance. Do you get that sense, that it’s all very capricious?

Acemoglu: Yes and no.

But extractive institutions are not stable, either. They will generate conflict, and those who are losing out from such institutions will often articulate their demands for institutional change. This creates a possible pathway for inclusive institutions.

But as we have seen in the last decade, this is not an easy path. In the book, we talk of the “iron law of oligarchy”—trying to bring down extractive institutions often leads to the creation of another form of extractive institutions. We see this in action most recently in the Arab Spring, where the pro-democracy energy did not translate into a new, more democratic regime anywhere except in Tunisia. And today the situation in Egypt, for instance, is much worse than it was before. Not to mention Syria, which has plunged into one of the most destructive civil wars of the last several decades.

REIT: Culture gets downplayed in your model in favor of institutions. But aren’t the institutions within a society highly dependent on its culture?

Acemoglu: I would say that institutions strongly depend on social norms and political norms. But when people mention culture, they are often referring not to these norms, which are themselves shaped by institutions and could change relatively rapidly, but to national cultural characteristics or other “deep” cultural traits, for example related to religion or ethnic practices. 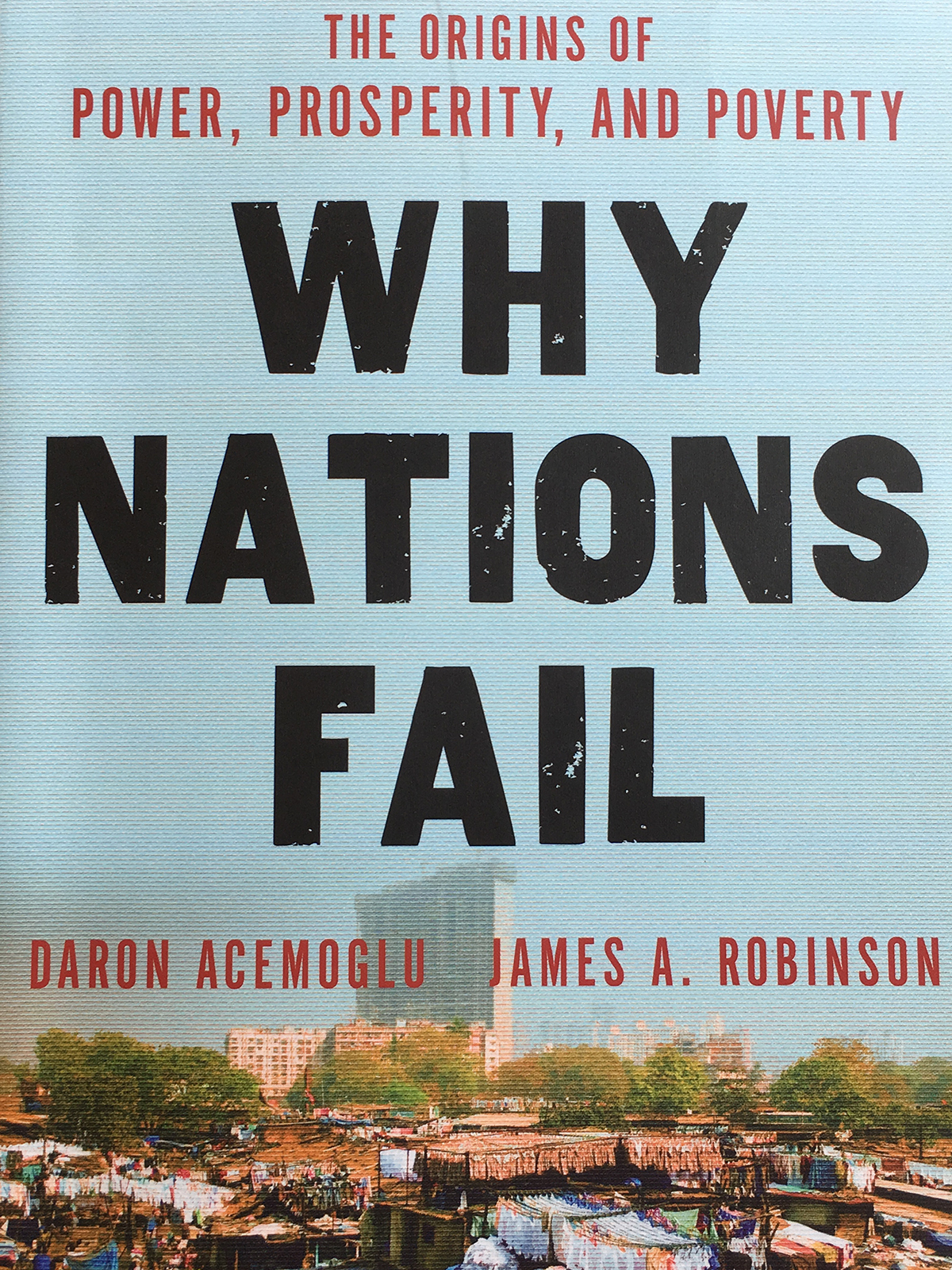 Though social norms are hugely important, we do not find much evidence in history that these national cultural characteristics are very important.

REIT: How easy is it for a successful nation to fall into disrepair? It would seem almost inevitable, wouldn’t it?

Acemoglu: Unfortunately, not that difficult. We have many examples in history of nations that build some degree of inclusivity only to collapse quickly. The Roman Republic or Venice are some of the most well-known examples. I worry that our country today can go the same way.

But I don’t think there is anything inevitable about this either. Our theory is not one of the inevitable rise and decline of nations, and I don’t think history supports such notions, either.

Once inclusive economic and political institutions are built, they have some amount of staying power, but they will often be challenged by those who wish to increase their power at the expense of the rest of society and have the means to do so. In our modern age, they can also be undermined by those who control information and the media. Our only defense is constant and unrelenting vigilance against threats to our democracy and inclusive institutions.

REIT: Do you see any practical applications of your theories on a more discrete scale than the nation state? For example, what can management teams of companies take away, if anything, from Why Nations Fail?

Acemoglu: The same logic applies to regions. Institutions and norms vary enormously across regions within countries.

Similar ideas also apply to firms, but with important differences. Firms are not autonomous political units, and thus other institutions, including courts and regulatory bodies, can restrict their power. And unless we have labor coercion—which is very common under extractive economic institutions, but fortunately not present in the United States and Western Europe today—workers can leave employers who are exploiting them.

Nevertheless, while some firms operate under fairly inclusive principles, others are much more in the mode of extractive institutions, meaning that they empower a small group of people who then benefit at the expense of the rest of the firm’s employees. Much more research is necessary to understand these dynamics in a more satisfactory manner.

Daron Acemoglu is a professor of economics at the Massachusetts Institute of Technology (MIT). In 2005, the American Economic Association awarded him with the John Bates Clark Medal, which recognizes an “American economist under the age of 40 who is judged to have made the most significant contribution to economic thought and knowledge.”