How many of us have habits that we’d like to change, but just can’t seem to implement an effective way to do so? We make New Year’s resolutions but end up breaking them soon afterwards. We go on radical diets, only to fall off them, or create budgets that we don’t end up sticking to.

To err is human no doubt, but author and speaker Charles Duhigg presents compelling reasons for how we can change this cycle in our lives and businesses. REIT magazine recently spoke with Duhigg about his book, The Power of Habit, and the opportunities that we all have daily to turn bad habits into habits of success.

What are the biggest reasons that people hang on to bad habits and patterns and remain in what you call “the habit loop,” instead of identifying and changing them?

Two main reasons: one is that often people don’t even recognize these habits. It’s sometimes hard for us as humans to see negative patterns in our own landscapes. The second reason, and I see this frequently in corporate settings, is that every bad habit usually exists because someone gets rewarded for it.

As with any habit, good or bad, we get into a pattern of cue, routine, reward, and tend to stay that way without asking why—even if the habit isn’t doing us any good. And unfortunately, if you try to extinguish a negative behavior without changing it, while simultaneously providing a similar reward, then people can be very resistant. They tend to stay in the “it’s how we’ve always done things around here” mentality.

You have spoken to leadership and employees at some of the largest companies in the world, including McKinsey, Goldman Sachs, IBM, Alcoa, Proctor and Gamble, Starbucks, and Target. How do you go about identifying patterns and habits that are adversely affecting an organization’s performance?

It generally starts by asking the people in the organization, “What is it that happens around here that you’d like to see change?” People generally have lots of ideas about what’s not working. Identification is not as hard; it’s diagnosing and changing bad habits that is challenging.

You suggest in your book, The Power of Habit, that some habits matter more than others when remaking a business. What would you say to a REIT CEO who is currently trying to identify their “keystone habits,” in order to create lasting change?

Keystone habits are the habits that don’t depend on getting every single thing right, but when your organization focuses on them, they have the power to change everything. There are different case studies in my books, but let’s use Paul O’Neill, former U.S. Treasury Secretary, as an example.

When serving as chairman and CEO of Alcoa in the late 1980s, O’Neill was tasked with turning the company around. He reviewed all the information he could before addressing a large group of embittered investors and stakeholders, all of whom were looking for him to invoke the usual disciplines of an incumbent CEO brought in to turn the company around, like cutting costs, announcing layoffs, and selling off assets.

But instead, O’Neill stood up and said that he was going to turn Alcoa around by increasing worker safety by implementing a “zero injury” policy. He believed that by understanding why injuries happened in the first place, they could then implement new and improved processes to avoid future injuries from occurring.

In a bit of reverse process engineering, O’Neill had committed to turning Alcoa around by creating the safest, most streamlined aluminum company in the world. He identified certain habit loops. In Alcoa’s case, the cue of the old habit remained the same: an injury sustained by a worker. O’Neill then changed the routine so that anytime someone was injured, it was to be reported to him directly. The manager involved would have to rapidly present a plan to ensure that this type of injury never happened again. The reward in this case was that the people who embraced O’Neill’s zero injury policy would rapidly move up the ranks of the company. 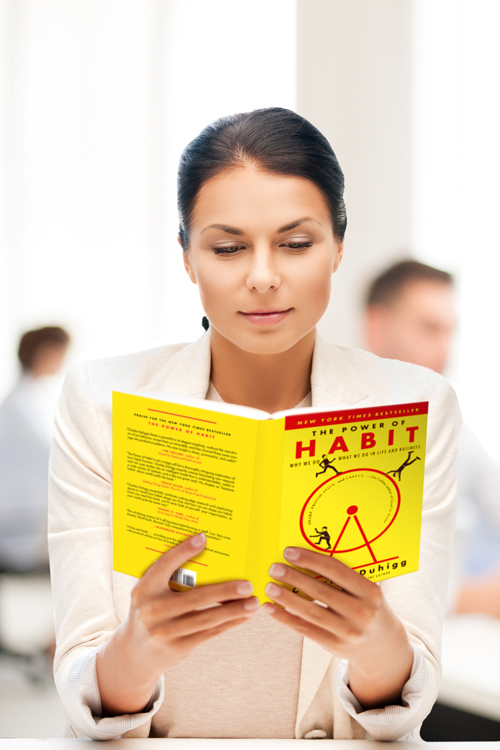 You refer to willpower and self-discipline as “habits of success.” How do great organizations develop, employ, and sustain habits of success to drive a higher level of performance?

This depends on the company and the industry. In general though, [an organization can develop habits of success] by first identifying behaviors that are most important to it, then embedding those habits into the routines of employees. Employees should also be rewarded for exemplifying those behaviors.

Some companies get off-track, however. This occurs when managers try to embed these habits by providing an employee with a transactional reward versus an emotional reward. Transactional rewards generally come in the form of bonuses, titles, reserved parking spots, and extra vacation days. These are much easier to give out, but our research finds that when managers reward their employees at an emotional level—such as through praise, or telling someone how their work has affected someone’s life, or by showing the employee how their work impacts others in the organization or its clients—these emotional rewards hold the most salient power in changing negative or ineffective patterns into habits of success.

With AI and predictive analytics at the forefront of how many companies manage everything from inventories to advertising to sales, how can REITs and real estate companies benefit from these technologies?

AI and predictive analytics are basically information sources, but they don’t tell you how to behave when, say, an employee comes to a manager with a question. However, what these technologies can do is give your organization insights into certain behaviors.

For example, you can look at huge populations of customer data to see how they react to certain offerings or locations. Using predictive analytics can enable you to gauge how investors might react to certain properties or sectors. So, the more that an organization builds these practices into its decision-making process and make them habits, the more potential it has to positively impact performance.

Conversely, it’s very easy to become overwhelmed with data. It’s called “data blindness.” What we know is that when you present someone with ever-increasing data sets in easy-to-access dashboards, they can become overwhelmed and tend to stop looking at it or ignore a lot of the information.

Once you’ve identified these patterns, what are some steps to take to invoke lasting change?

As I mentioned, identifying bad habits in an organization isn’t usually an issue. It’s a lot like when you take up a running or fitness routine after taking a break from it, or when you’ve never had a routine at all. The first stage is diagnostic; maybe you’ve put on weight or are lethargic and you want to feel better. This stage can also be scary. But then you start your routine and suddenly you are challenging your self-image, and things start to change—maybe your eating patterns and diet improve, or your self-image changes. In essence, you’ve changed the cues, routines, and rewards of negative habits and turned them into positive habits and lasting change in the form of better health, higher levels of self-esteem, and more energy.

Charles Duhigg is a Pulitzer Prize-winning investigative reporter for The New York Times and the author of The Power of Habit and Smarter Faster Better. He is a winner of the National Academies of Sciences, National Journalism, and George Polk awards, and is a graduate of Harvard Business School and Yale College.