Safety, Income & Growth’s Jay Sugarman discusses the art of separating the ownership of a building from its land.

More than two decades after forming the real estate finance and investment company iStar Inc. (NYSE: STAR), Jay Sugarman is at it again with Safety, Income & Growth Inc. (NYSE: SAFE), a new company whose NYSE ticker doubles as a nickname—and some subtle marketing—for the company: SAFE. Taking on the role of CEO and chairman, Sugarman says Safety, Income & Growth is the only company focused on trying to “radically reinvent the ground lease concept.”

iStar, which Sugarman formed in 1993 and took public in 1999, is Safety, Income & Growth’s manager and largest shareholder. “We are a new company in the public markets, but iStar’s been around 25 years and has a $5 billion to $6 billion balance sheet,” Sugarman says. “So, we have the scale, capability, and resources to really help the customers we’ve worked with … become leaders in their sector of the business.”

SAFE’s portfolio consist of more than $700 million of ground leases, and the company’s goal is to boost that to $1 billion by year-end.

Why do you think Safety, Income & Growth could be a game-changer in the real estate industry?

In some respects, I think Safety, Income & Growth is the natural culmination of everything we’ve worked on for the last 30 years. Almost three decades of thought has gone into some of the concepts that underlie what we’re trying to do there. We’ve reassembled them in a new way that I think should change how people think about owning real estate, and how to maximize what they do well. 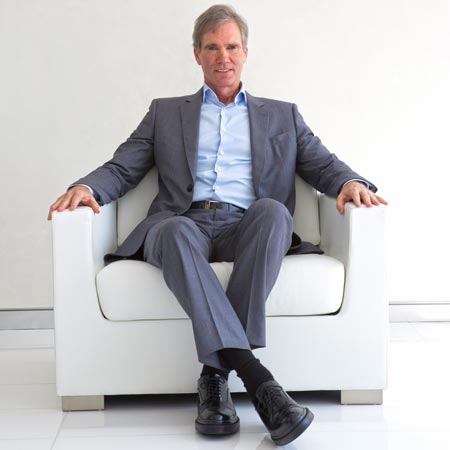 We’re not anything like the old-fashioned ground lease business that frankly has all sorts of provisions that destroy value. We’ve created a new proprietary ground lease structure based on our 25 years as a lender/owner to create a state-of-the-art, leaseholder-friendly ground lease that is value-enhancing for people who own real estate.

What is a ground lease?

The simplest explanation we’ve been sharing with people is to think about buying real estate as two separate investments. One investment, in the building, is a higher return asset that you’re going to own, manage, operate, lease, market, and hopefully sell at a good profit. At the same time, you’re making a second investment, in the land, which is in effect a very long-term, lower return bond.

It struck us that it’s not very efficient for owners to have to invest capital in these very different investments—one higher return and management intensive, the other lower return and very bond-like. The equity investor targeting a 15 to 20 percent return on equity shouldn’t be deploying capital to invest in a AAA bond—the ground lease—at a 4 percent return.

A ground lease simply separates the ownership of the land from the building and gives the building owner the economic rights to the building component for 99 years in most cases. The unbundling of these two very different investments should be far more efficient for owners investing capital, but has really never been available on the kind of scale that we’re going to provide.

How do you approach property owners and developers who are considering using a ground lease?

We’ve started by getting the word out to the network of customers and brokers we have worked with over the years to explain why SAFE ground leases can provide more efficient capital and generate higher returns for them. It can take quite a bit of effort to overcome the initial skepticism, but our conviction is based on this core idea that we’re making their business better. I have always believed that the truth wins out. If you can actually have the courage of your conviction to say, ‘I know what we’re doing is better—it’s better than the status quo,’ if the truth’s on your side, you’ll win.

How have ground leases traditionally been used?

When we looked at this business, what we found was most of the ground leases that existed were not put in place to enhance the value of the property owner on top of it. They were put in place for some less natural reason.

There are places where they’re very common—downtown London was owned by the monarchy; churches have done similar things in New York. But most ground lease holders are not in the business of trying to help people be better owners of real estate and generate higher returns. They are owners of land rather than efficient providers of capital.

We want to fundamentally be something very different. We are not getting into this business because we have a bunch of land and can simply say, ‘If you want to build on it, here are the terms.’

Why have ground leases garnered a bad reputation in the past?

We joke around here that everybody has a ground lease horror story. Somebody owns the land; you come to them and you say, ‘I want to build on it.’ They send you a ground lease with all sorts of provisions that you may or may not like, but because they own the land you have to deal with it. We’re going to turn that idea on its head.

Ground leases should be fashioned in a modern way that works with the modern real estate finance world and creates more value for that property expert who can build, design, construct, lease, market, and sell. We’re going to turn it into a customer business.

We really want people to understand that ground leases are not these evil things, they’re not just for the wealthy families who were fortunate enough to own land for a long time, or the churches that were around hundreds of years ago. It should be part of the modern real estate canon of how you think about efficiently buying, owning, and capitalizing high quality projects.

It’s a function of the world view we’ve had as a lender for the last 25 years. When you think back to where we started, one of the first thought processes we went through was, ‘How do you unbundle a mortgage?’ You have separate components that have different risks and rewards, and that senior-most piece of a mortgage is, in effect, a AAA bond.

Now look at that same capital structure and think about where a ground lease sits. Just by virtue of where it sits in the priority of repayment or payment in terms of cash flow, and where it sits in the capital structure overall, we feel like it is similar to a AAA-like bond and a very safe investment—one of the safest places to invest in real estate. The reason you get a lower return on a ground lease is because of that safety. 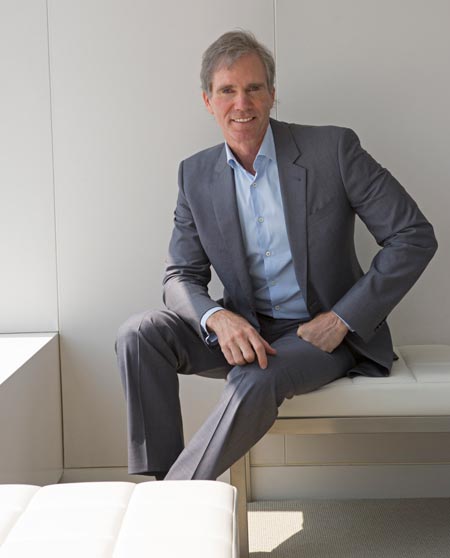 I love the ticker symbol SAFE because I think it captures one of the things that made us interested in the business.

How big do you believe the market is for ground leases?

It’s a little bit of guesswork, but if you think that about the top 25 markets have about $7 trillion of commercial real estate in them, our view is that certainly one out of every 10 deals feels to us like we can enhance the value to the owner either by creating a better capital structure or lower cost capital.

Every private opportunity fund [and] every open-ended fund has to compete for capital. We have found that a properly-structured ground lease—one of our modern, SAFE ground leases—can increase your cash-on-cash returns 100 to 200 basis points and help increase internal rates of return (IRRs) materially.

So, if you take the target market of real estate at $7 trillion, the land component is approximately a third of that. We think there’s an opportunity to take a meaningful percentage—10 or 15 percent—of that land and capitalize it via ground leases. That’s a $300 billion to $500 billion market.

What’s one ground lease you recently closed on that you liked?

We recently did a deal in Washington, D.C., that was part of a $100 million multifamily acquisition, and our customer was up against a world-class, publicly traded, multifamily REIT, and they were able to beat them by using our structure.

We were able to access government agency leasehold financing for them on very standard terms, so there was no downside to using a ground lease; there was only upside in the fact that they could actually access more capital at a lower cost to outgun a far bigger competitor.

You’ve been involved in finance since a young age. What was the appeal of the field?

When I was young, numbers always made sense to me. The Sporting News was this newspaper that came out once a week that was about 40 pages of data, statistics, and box scores. I would pore over that, looking for patterns and anomalies in the numbers: the 26-inning game, or the seven-run comeback in the ninth inning. I tried just looking for things that didn’t fit the pattern I was expecting. So, in the early years, I was very focused on the numbers side of business.

When I first moved to New York right after college, the city was an explosion of new data inputs. It wasn’t numbers anymore, it was art and architecture, design and fashion, theater and music. The best of the best was here in New York. The best people in all those fields … could ‘bend the light.’ They could make you see the world through a different lens. This idea of ‘bending the light’ and making people see things through a different lens was a different way to think about finance … to use the other side of the brain and combine analytics and unconventional, creative thinking. It all finally came together when I started working on these businesses that were ready for innovation.

Who have your mentors been throughout your career?

Clearly, my parents had the biggest influence on me. My mother was very creative and had a great design eye. I got the creative gene from her. My dad was a very good business guy, so I got a business sense from him. But he also taught me you should be generous and honorable—that’s how you should conduct yourself in life and business.

So those two things were my guide posts around how I wanted iStar to be, and how I want Safety, Income & Growth to be—and how you should treat people, customers, colleagues, employees; build around that and then add this innovative, creative
piece to it.

What do you see as your greatest accomplishment at iStar over the years?

That’s a tough one. We’ve had periods of great success, but also some very difficult times, and during both we’ve pulled off things no one thought could be done. Building a great team of colleagues who are focused and principled, no matter the circumstances, is something I’m very proud of when I reflect back on the last 25 years.

What’s your favorite activity outside of the office to help you destress from the work week?