Building a Coalition for Social Change

Wes Moore, CEO of The Robin Hood Foundation, sees the power for change coming from a broad partnership that extends beyond those impacted by social injustice.

The killing of George Floyd earlier this year laid bare the amount of work that needs to be done to address social injustice issues, says Wes Moore, CEO of The Robin Hood Foundation, New York City’s largest poverty-fighting organization. While the challenges are plenty, he believes the current level of interest in trying to understand how systemic racism continues to exist in this country—and finding constructive ways to tackle it—are reasons to be optimistic.

Why do you think it took the killing of George Floyd to expose the broader failures of society that you highlight in your latest book, Five Days?

It really served as a reaffirmation of how inequitable policing is in many of our communities and also how this issue of racism continues to show itself in a variety of different ways in our society. It was a horrific yet powerful testament to how much work still has to get done.

Do you think we’ve entered a period of more honesty about issues of social justice and racial inequality? 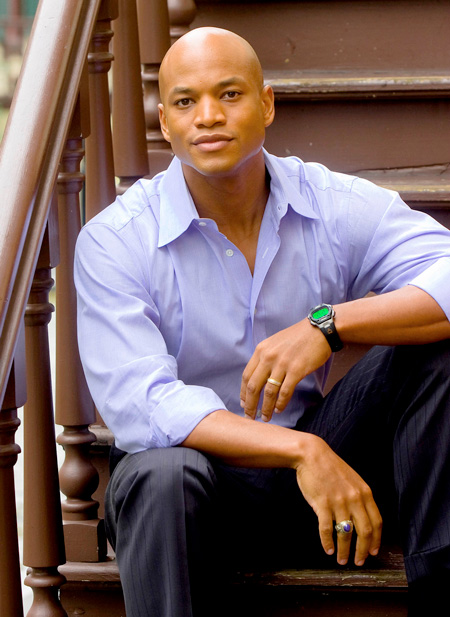 We’re entering a moment when more people are willing to understand the truth, because one thing that we have consistently grappled with in this country is the truth about its history. It’s an important moment for our country to be able to wrestle with its own history because the only way for us to properly move forward is if we’re honest about how we got here.

What policy changes do you see as most critical at this time?

Most importantly, we have to be able to go through a process of understanding our own truth and our own history. I see countries that have looked at their greatest pains and been able to understand where they are, and I think it’s something the U.S. needs to do as well.

How much harder has Robin Hood’s mission become in the last few months, and are you concerned that the economic downturn could hamper philanthropy?

Our mission definitely has not changed but the ability to accomplish it absolutely has. In many ways what we’ve seen over the past four to five months is not necessarily new. I think the challenges we’re seeing are just being exposed and exacerbated, and that’s what’s really made this complicated. So, our work has absolutely gotten harder; we have more and more people who fall into our catchment area, people who we serve and support.

There’s a lot of discussion within businesses about how best to address social injustice issues. How do companies avoid a quick fix and instead work toward meaningful change?

Businesses have power and control to address everything from increasing access to capital and liquidity, hiring, advancement and promotion practices, addressing the racial wealth gap and living wages, to meaningfully adding diversity in executive leadership and director roles. There’s a lot that corporations can do beside corporate responsibility and simply saying we’re going to write a check to X or Y organization.

Is there anything a company has done that has caught your eye?

We’re seeing things all the time that are really innovative and powerful. I’m inspired by how Netflix says they’re going to put $100 million into community development financial institutions (CDFIs) and Black-owned banks.

Is the business community getting the message that diversity helps the bottom line, and why has it been such a slow progression?

Part of the reason it’s a slow progression is that when you look at the nature of anything within our society, the things that are closest to you are the things that you notice. There is a bit of a self-fulfilling prophesy where if you don’t have a diverse group of people around you who are helping you make decisions, then generally the people who you are working to support aren’t heard about or aren’t seen in the decision-making processes.

The beautiful thing is that the business community now understands that diversity is not just a good-to-do but something they have to be able to do if they are going to not just thrive, but even survive in this climate.

Minorities working to improve diversity within the commercial real estate industry say that efforts in the past have failed to take a comprehensive approach. How do you see the value of broad partnerships in bringing about change?

I think part of what we have to be able to do is to be transparent about the lessons that we’re learning, the things that work and don’t work. We have to be able to work collectively and work together with a sense of unity and focus because that’s how we’re going to see these distinct marks and distinct differences that we’re trying to push and engage on.

What are you most optimistic about, and what do you see as some of the bigger hurdles that remain?

I’m most optimistic about the fact that we are truly trying to build a coalition of efficacy here, that when we’re watching groups that are marching, we know it’s being done with a very real and clear focus on trying to get things done properly.

So how does the country keep this momentum and sense of purpose alive?

We have to keep speaking. Part of the reason that these movements die is that people get tired. It’s important for everyone to understand that these collective movements, the ones that are successful, are successful because we have a coalition of people behind them.

Every major movement that has been successful long-term has been because it wasn’t just the impacted community that was speaking out. We need to take that exact playbook to be able to create the type of change we’re looking for.