PACE financing could become an accelerator for financing sustainability projects. 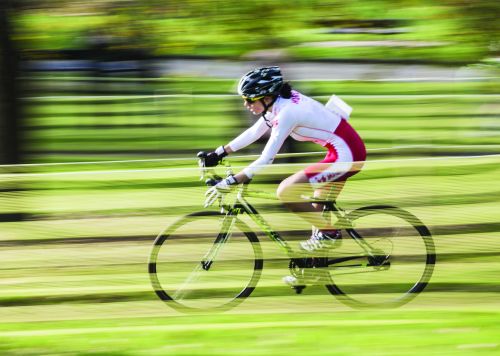 When the Constance Hotel reopened last year in Pasadena, Calif., it had many of the hallmark features of a modernized, energy- efficient property, including a new HVAC system, controllers, LED lighting, elevator motors, window treatments, water systems and insulation. The landmark property, with a neoclassical style and Spanish-tiled roofs, received energy efficiency upgrades as part of the $60 million overhaul, expected to yield an estimated annual savings of 207,000 kilowatt hours in electricity and 3.2 million gallons of water.

To pay for the energy components of the renovation, William Chu, chief financial officer of the hotel’s general partner Sinpoli Capital Corp., tapped an innovative way to finance the improvements. An investment bank issued $6.9 million in 6 percent bonds in a private placement, to be paid back over 20 years through local tax assessments.

“It was the right fit for us to secure some long-term financing for our upgrade to the hotel,” Chu says. “Compared with what you have to go through with a bank, this was nothing.”

Chu represents a small but growing group of real estate owners and managers using a type of financing for “property assessed clean energy,” more commonly known as “PACE.” It offers users a relatively inexpensive way to finance efficiency improvements and permits the upgrades to be cash-fl ow positive since the repayments are made over a long-term period. For REITs, especially those looking to embark on major energy efficiency upgrades in the years to come, PACE could end up becoming another standard financing tool.

PACE takes an old concept of the tax assessment and gives it a new twist. The financing gets wrapped into tax payments collected by a participating municipality, which protects bondholders in the event of default, as the debt owed would be picked up by any new owner and paid through assessments. PACE pays 100 percent of a project’s cost and is repaid for up to 20 years.

Institutional investors provide the capital. They receive bonds in return that pay generally 6 percent to 7 percent.

“The funder of the PACE project stands first in line—even ahead of the mortgage lender—to be paid in the amount in arrears that’s owed to them,” says David Gabrielson, executive director of non-profit advocate PACENow. “Like property-tax assessments, PACE assessments don’t get extinguished.”

PACE proponents say the financing can help justify energy efficiency improvements because it stretches out amortization of the repayments. Expensive upgrades might be difficult to justify over a five- to seven-year period of mezzanine financing.

In the case of Hilton Los Angeles/Universal City, a franchisee of Hilton Worldwide Holdings Inc. (NYSE: HLT), the owners completed a $7 million PACE financing in 2013. Th e hotel was built in 1983 and in need of a renovation to remain competitive in the market. Th e executive board saw an opportunity to expand the scope of improvements to encompass upgrades with a much longer payoff , including improvements such as elevators and control systems.

“Where PACE fits in is in that gap for the owner who already has first mortgage financing,” he says.

One big proponent of PACE is George Caraghiaur, a former senior vice president of sustainability at Simon Property Group (NYSE: SPG) who left the company in January. He has crisscrossed the country promoting the financing. Caraghiaur, a managing member of consulting firm Energy & Sustainability Services and a senior fellow at PACENow, says PACE can be an attractive option for REITs going forward.

“The whole issue of energy efficiency is gaining steam,” he says. “It’s an important tool that people should understand and compare with others.”

As of May, two REITs have used PACE to finance sustainability upgrades. Mall REIT Simon Property Group funded an energy efficiency project for its Great Lakes Mall in Ohio, a project worth $3.4 million. Industrial REIT Prologis Inc. (NYSE: PLD) completed $1.4 million in energy and solar enhancements to its headquarters in San Francisco.

“We are merely at the beginning,” Eckel says. “In a world increasingly defined by carbon, I think companies and investors will start to see whole new sets of opportunities when they think of buildings as CO2 emitters, rather than just class-A office space or a nice mall.”

Other real estate companies are considering using PACE. Forest City Enterprises Inc. (NYSE: FCE.A), for instance, is exploring PACE for major renovations in its portfolio, including HVAC, lighting, and building controls, says Joyce Mihalik, vice president of design services at the company. One possibility includes assets in its California portfolio. “We have quite a few properties there that match up well with the major renovations that need to take place,” she says. “We see the PACE product as another tool in our tool belt.”

Patchwork of States , But Growing

If there’s one thing holding back use of PACE on a large scale by REITs and other real estate companies, it’s the patchwork of states where it’s approved. PACE first started in California in 2008 and has grown to 32 states and Washington, D.C., as of April.

That presents a challenge for Forest City, which has properties in 26 states and the nation’s capital. The company’s renovation needs don’t totally overlap with PACE’s footprint. For example, Forest City is looking to upgrade properties in Virginia and West Virginia, but PACE legislation has yet to get passed there, Mihalik notes. That said, Virginia’s legislature is working on a PACE-related bill, while West Virginia’s lawmakers are studying private financing options.

“The communities and states that now have adopted it and have a robust program, some of it matches up with our footprint, but not necessarily with where our need is,” Mihalik says.

Having some scale on PACE projects is critical, Eckel adds.

“Efficiency projects in particular come in relatively small finance packages,” he says. “These one-off transactions are painful and expensive. So we like to set up programs with companies where you can do repeat transactions across portfolios, across jurisdictions. You spend a lot of time and money on the first transaction, but then only incremental efforts are required.”

“Where PACE fits in is in that gap for the owner who already has first mortgage financing.”

On the bright side, for many developers, PACE has shown improvement to the bottom line. In the case of the Constance Hotel, which was built in 1926, the building had fallen into disrepair by the mid-2000s. Sinpoli Capital Corp., a California-based owner of commercial real estate properties, bought the hotel in 2007, and renovations started in 2011.

Chu became familiar with PACE in 2013; yet, renovations had already begun. While the building was financed with private money, the hotel would not have been able to go to a bank for a first mortgage, since lien rules dictate other creditors in the construction would be first in line in a default. Even so, bank financing would have involved more paperwork, Chu notes, whereas PACE financing was arranged in 60 days with the help of K2 Clean Energy Capital, a Campbell, Calif.-based company that develops solar power and energy efficiency projects and facilitates financing, and Structured Finance Associates. “This gave us a way out with a clean title, and financing for 20 years,” Chu says.

PACE then became a cheap way to boost revenue streams once the hotel opened in 2014. The maturity of the bonds was 20 years, allowing the energy savings to outpace the payments each payment period.

“These improvements allow the hotel to increase its operating cash flow and the corresponding value of the property” said Jonathan Pickering of K2. “It’s accretive to cash flow every year.”

In the case of the Hilton in Los Angeles, PACE financing provided a compelling boost to net operating income (NOI). In its first year, NOI rose $335,000, after the PACE assessment payment. Return on investment (ROI) was 78 percent, with a total project return estimated to be $12.5 million. That translated to a $30 million increase in the overall value of the hotel, according to Structured Associates.

With returns like that, REITs could eventually turn to PACE as a regular way to finance energy improvements. REITs were limited in their ability to take on energy efficiency in the years following the financial crisis, but now they’re better positioned to focus on making improvements.

“It’s a big country with a lot of square feet with not optimal equipment,” Eckel says.