Cap rates have been holding their ground, even as interest rates move higher. The resilience of pricing in the real estate sector should not be surprising, however, given the strength in the fundamentals that support demand for commercial space. 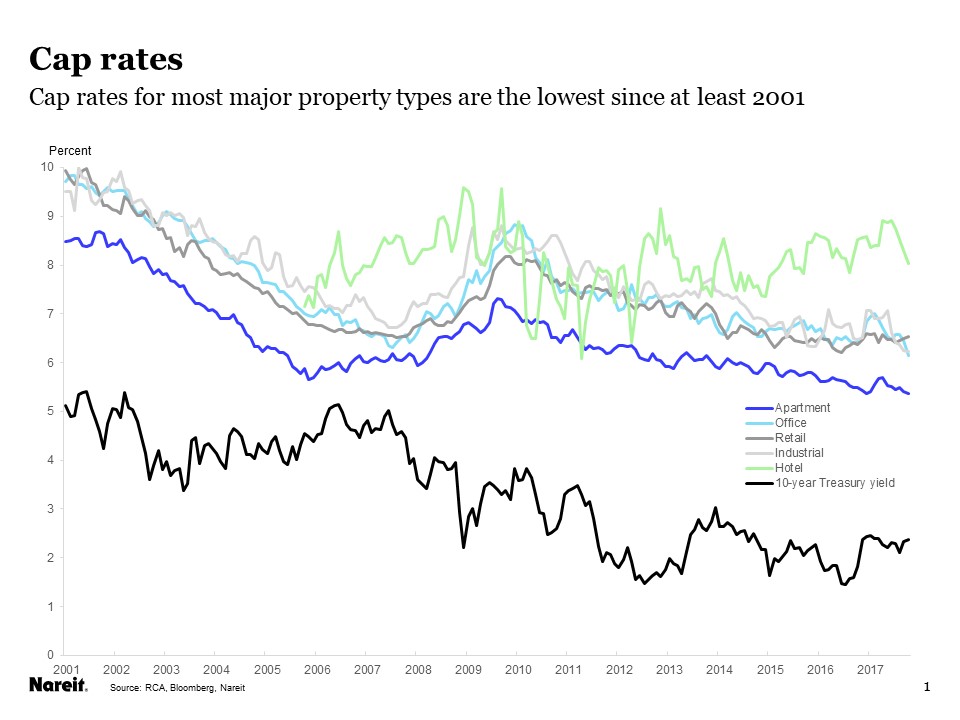 Indeed, real estate markets strengthened further in October, with cap rates reaching new lows for most property types, according to the latest data from Real Capital Analytics. These recent moves continue a downtrend that began in 2010 (chart above):

Of course, it’s normal for pricing to be favorable in a market with solid fundamentals. These Market Commentaries have posted regular updates on the economic backdrop supporting real estate, as well as the steady improvements in operating performance. Vacancy rates are low and rents and NOI are rising. Supply and demand conditions for most property types are in rough balance for the nation as a whole, although some markets have exhibited temporary softness when there has been a bunching of completions of new buildings. Construction activity has leveled off, though, reducing the risks of overbuilding (see “Commercial Property Update: Apartment Markets Led the Way in the Third Quarter”).

REITs have performed well in this operating environment. Total FFO of all listed U.S. REITs has continued to post percentage increases in the mid- to high-single digits over levels one year ago, and occupancy rates have remained at or near highs for the cycle (see the Nareit T-Tracker® for further information about the operating performance of REITs in the third quarter.).

Investors do have some concerns, though, about the possible impact that higher interest rates may have on real estate and REITs. These concerns may easily be addressed by rising income from commercial real estate. Growth of NOI is likely to push cap rates higher over the medium term, without any declines in property prices, which may well offset some of the impact that higher interest rates would otherwise have on pricing of commercial real estate. 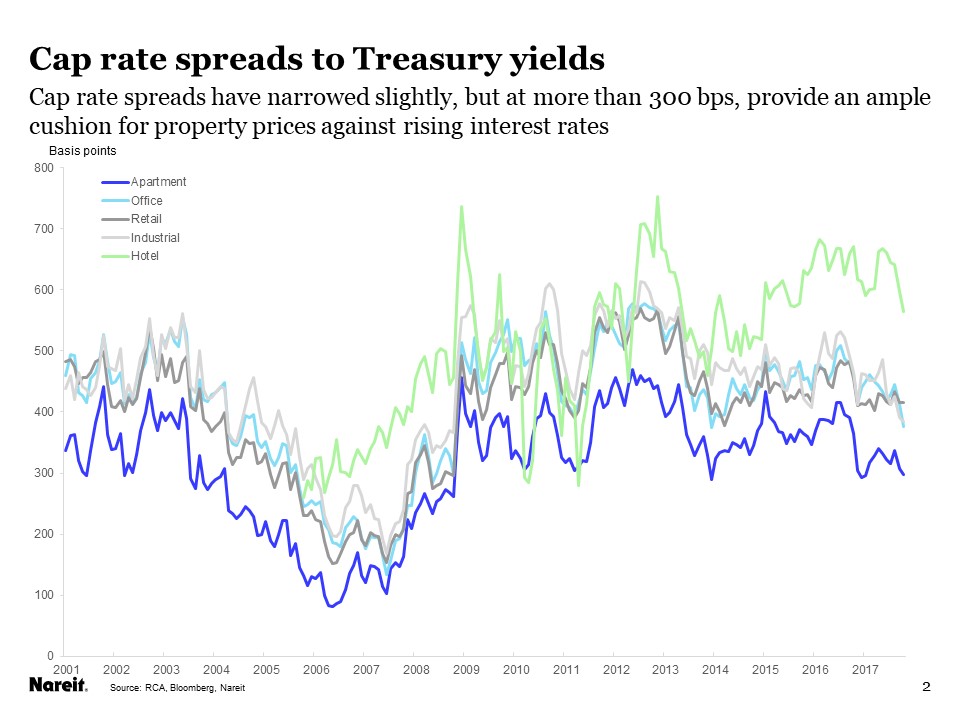 More importantly, however, cap rates are well above the yield on the 10-year Treasury note. The spread between cap rates and Treasury yields provides a buffer against higher interest rates. To a certain extent the unusually large spread that has existed for the past several years resulted from the Federal Reserve’s holdings of Treasury securities, which pushed down Treasury yields relative to other investments. It is normal to expect spreads to narrow should interest rates rise as the Fed allows its portfolio to shrink. At more than 300 bps, cap rate spreads are still wide and provide a cushion for commercial real estate prices against possible future increases in interest rates.