FFO of all REITs Declined in Q3, but Firm Fundamentals Point to Future Growth

FFO of all U.S. listed REITs in the third quarter was $14.8 billion, 7.8 percent higher than it was one year earlier, according to the Nareit T-Tracker®. On a quarterly basis, this was a 4.5 percent decline from $15.5 billion in Q2, as several large gains in industry earnings in recent quarters lifted total FFO above the $15 billion mark for the first time ever. 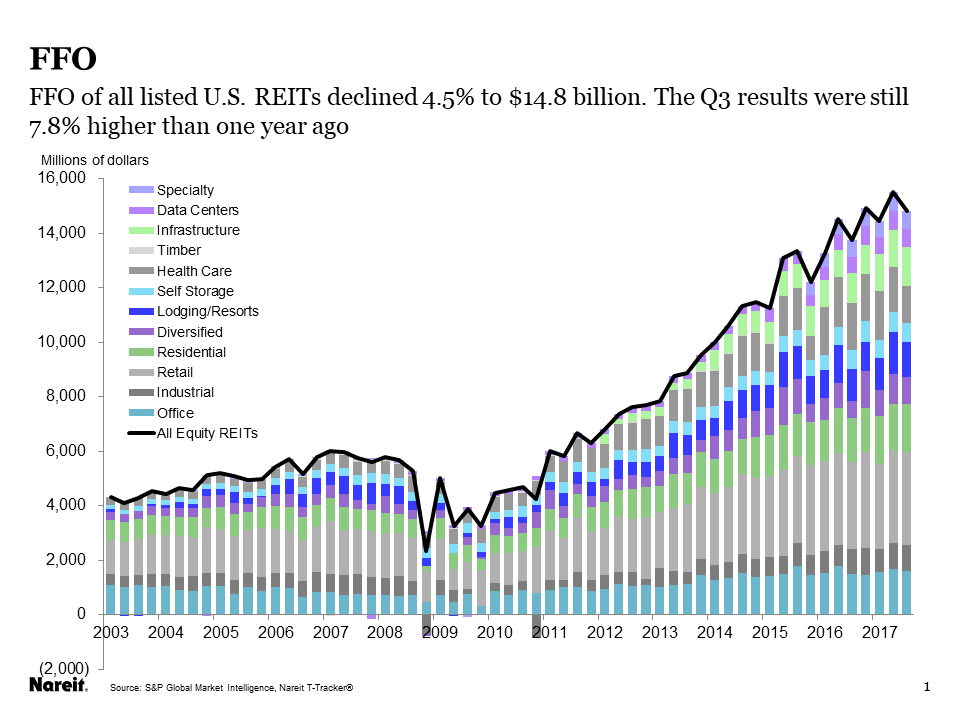 The fundamentals for the REIT industry remain firm, which gives us some confidence that the recent decline in FFO is a short-term dip amidst a longer-term trend of mostly solid growth. REITs report rising income from stores open one year or more, as same store NOI was 3.2 percent higher than one year ago. This pace of income growth is more than twice the rate of inflation, as measured by the Fed’s preferred inflation measure, the core PCE deflator, of 1.3 percent. 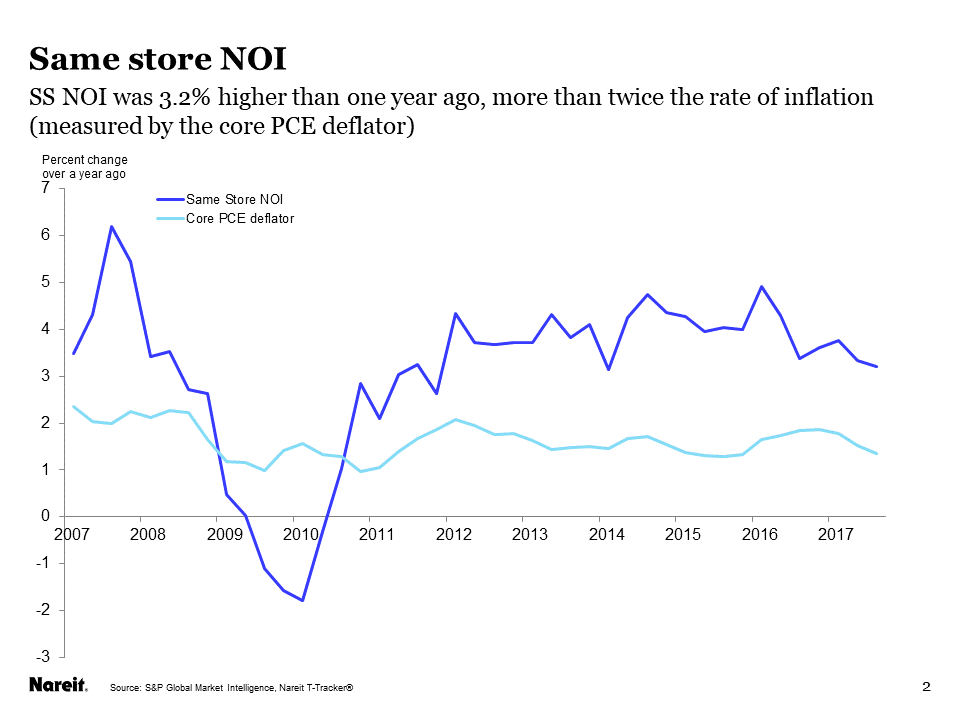 REITs face a favorable balance of supply and demand for commercial real estate. Occupancy rates rose 50 basis points in the third quarter to a record high of 94.0 percent. Furthermore, with construction activity having slowed in most sectors, occupancy rates and income growth will likely be sustained for the foreseeable future. We expect the rising demand and modest levels of new construction to support increases in rents, SS NOI and FFO in the quarters ahead. 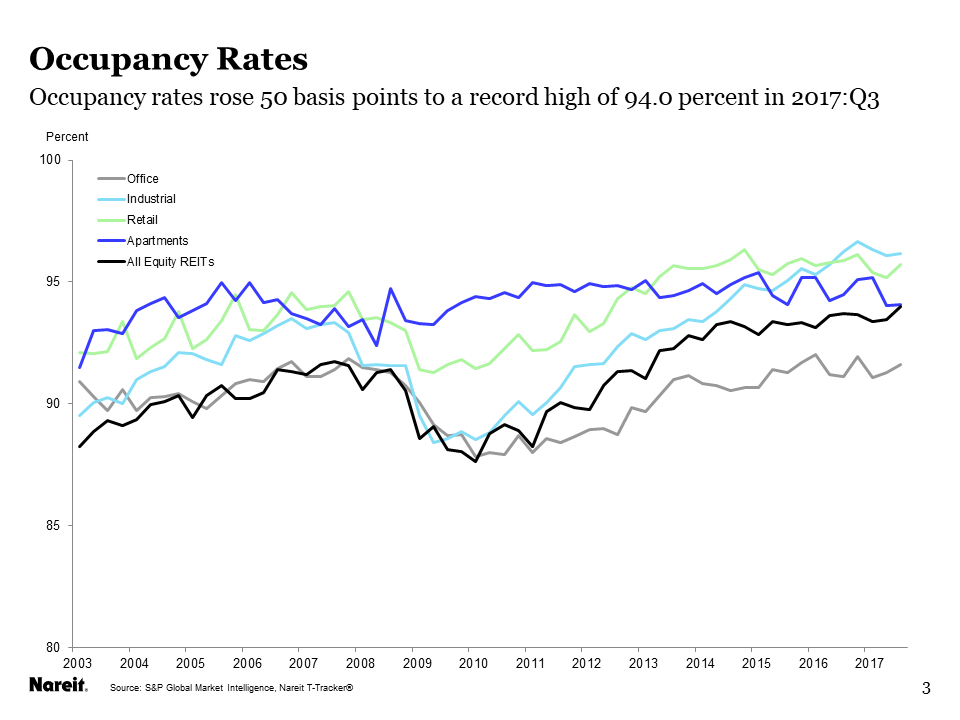 For the data underlying these charts and more indicators of operating performance of U.S. listed REITs, available for download in spreadsheets or PDFs, see the Nareit T-Tracker.