The FOMC and REITs

The FOMC is widely expected to raise their target for short-term interest rates by 25 bps at its meeting on March 20-21, to a range between 1.50 percent and 1.75 percent. Projections by FOMC members (the “dots” chart) as well as markets in interest rate futures expect three and possibly four such rate increases this year. 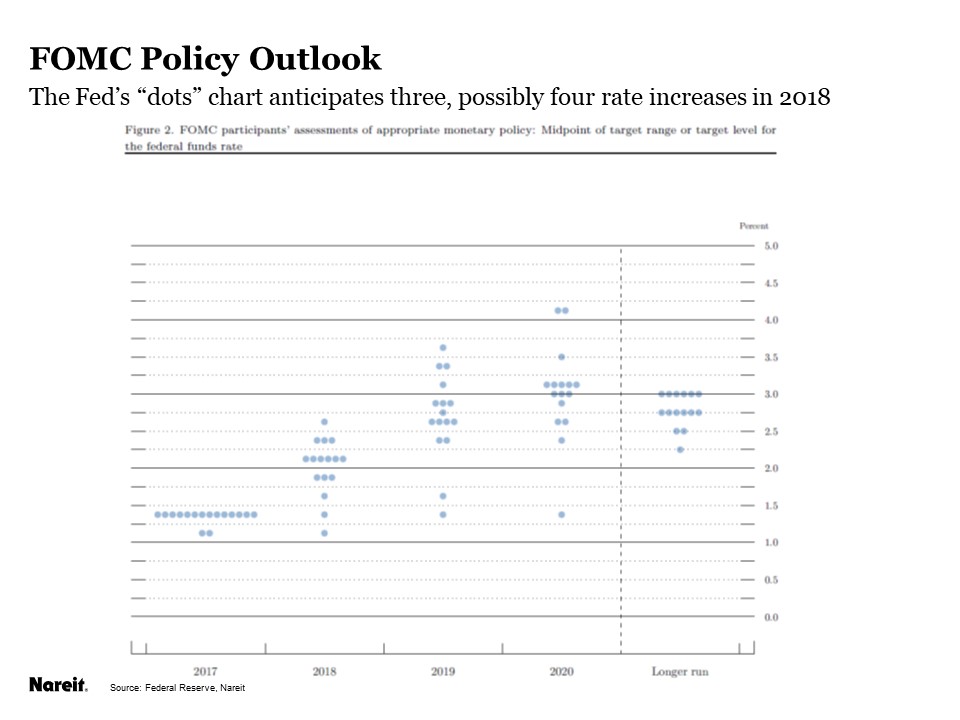 We are confident that in the year or two ahead the environment will be conducive for continued growth in real estate and REITs, and the operating performance in the period ahead is likely to allay the investors’ fears about rising rates as it has in the past. While every investment has periods of risk, REITs have demonstrated over the past several decades their ability to provide solid returns to long-term investors who are willing to stay the course at times like these.

Nevertheless, it is important to consider why REITs are reacting negatively to news about interest rates. The first reason is an anticipation effect, or what one might call the doctor’s office syndrome. Imagine a child going to get an injection. The longer he sits watching the doctor and waiting for the shot, the bigger the needle looks and the more he fears it. Often the injection itself is quick and relatively painless.

In much the same way, the long debate about the change in Fed policy is unprecedented—we have been watching closely since the “Taper Tantrum” in 2013. In previous episodes of Fed tightening, the policy change would have been announced, implemented and completed in half that time. The long period of policy uncertainty has kept the prospect of higher rates in the front of investors’ minds for nearly five years, and has magnified market fears.

Uncertainty about the durability of the current real estate cycle is compounding these concerns about higher interest rates. The age of the current expansion, in terms of time since construction began to recover from the trough reached during a downturn, already places it among the longest in U.S. history. Most observers recognize that calendar time tells us little about the lifespan of a cycle, yet many nevertheless consider the current expansion to be in the late stages due to rising construction activity in recent years. 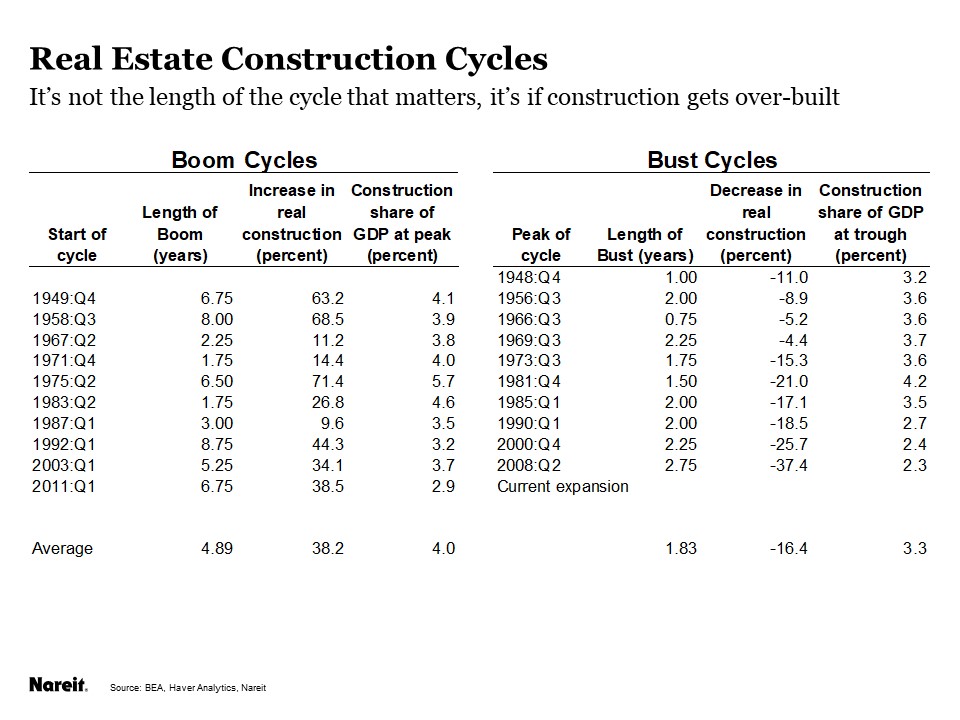 Current levels of construction, however, are not out of line with demand, and vacancy rates have been stable at or near their lows for the cycle (see a recent Market Commentary on conditions in commercial real estate markets in 2017:Q4. Furthermore, analysis of past real estate cycles shows that one clear indicator of being late in a cycle is whether the sector is overbuilt, in terms of construction as a share of GDP rising above historical norms. The current cycle shows no such signs of being overbuilt, however; in fact, construction as a share of GDP was 2.9 percent of GDP in the fourth quarter of 2017 (table above). Not only is this below the average construction share at past cyclical peaks (4.0 percent), it is even below the average share at the trough at the end of the down cycle (3.3 percent). 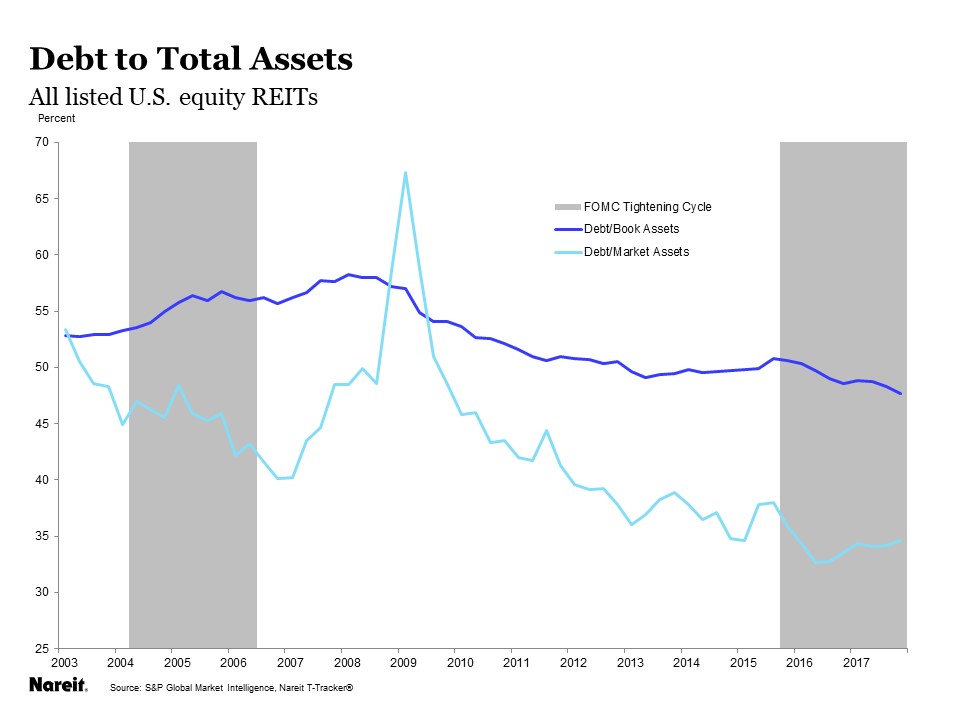 REITs are well prepared for the interest rate environment. They have favored equity capital over debt to finance their property portfolios, resulting in the lowest leverage ratios in decades. Interest expense, as a share of net operating income (NOI), is just above the record low it reached in mid-2016. And REITs have taken advantage of recent market conditions to lock in low interest for many years in the future, as the average maturity of their debt outstanding has increased to more than six years (see a recent Market Commentary about REITs’ low exposure to interest rates).

Interest rates are quite low by historical standards, and are likely to remain low even after the Fed carries out its rate increases; one might characterize the FOMC’s moves as taking the foot off the accelerator, but not stepping on the brake. There remains considerable uncertainty, however, about the period ahead, including Fed policy and interest rates as well as the strength of the overall economy. The economy, however, will most likely continue to grow and provide support for real estate and REITs, which will bolster their operating performance in the periods ahead. Future increases in funds from operations (FFO) similar to those in recent quarters are likely to allay the investors’ fears outlined above.