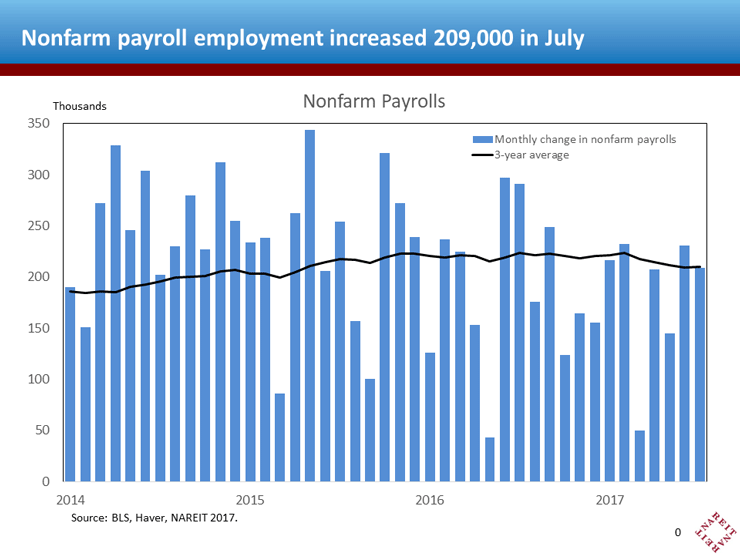 Nonfarm payroll employment rose 209,000 in July and the unemployment rate ticked lower, to 4.3 percent, further signs that the macroeconomy has good momentum at mid-summer. Job growth is important to all sectors of the economy and to all types of real estate because rising jobs and incomes boost demand throughout the economy. Employment gains have a more immediate impact on the office sector, though, as the need for office space is directly tied to job growth. The latest news on the jobs front is favorable for the outlook for office REITs and office property markets. 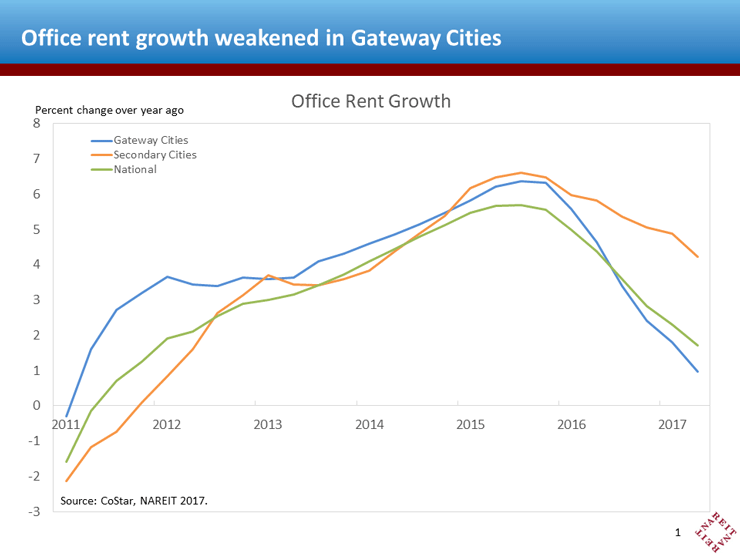 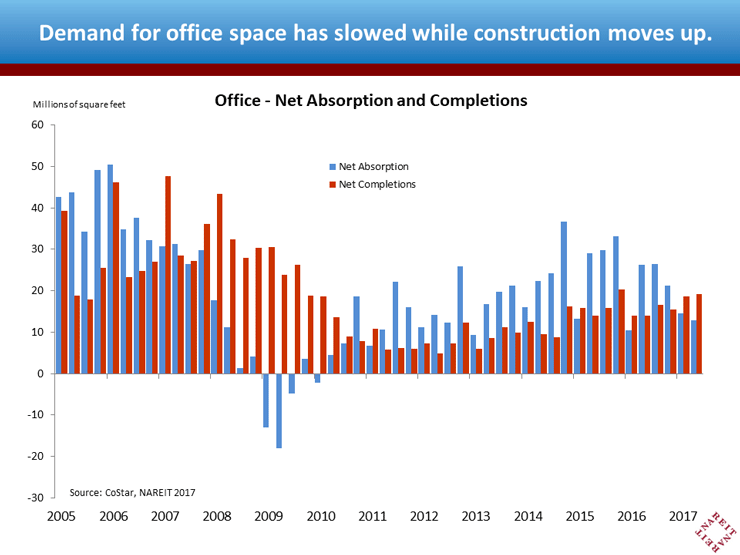 To understand how the demand for office space slowed even as headline national job numbers kept pace, it is helpful to dig into two details: what types of jobs are being created, and where they are located: 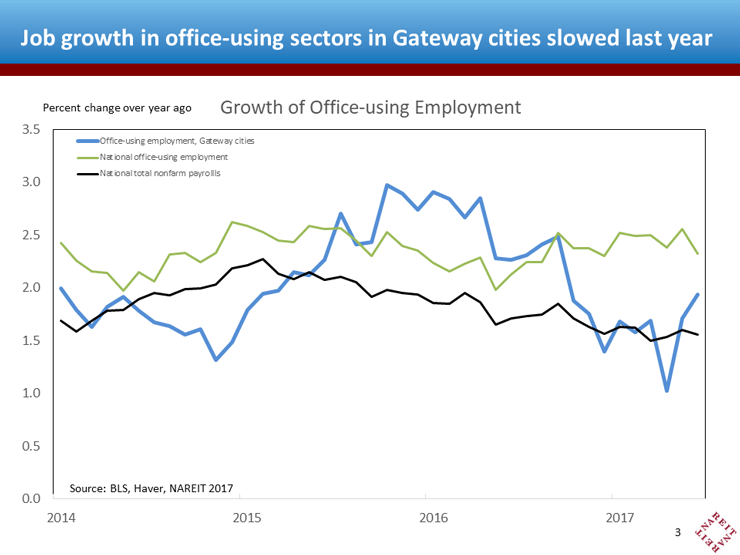 Indeed, growth of office jobs in Gateway cities weakened last year (blue line, chart above) even as overall national employment trends remained solid. Financial sector jobs in New York were essentially flat in 2016, and the growth of tech jobs in San Francisco cooled from their previous rapid pace; other major cities were also sluggish. Given the prominent position of these cities in the national office market, the pace of office job growth in these cities played a significant role in the overall slowdown. 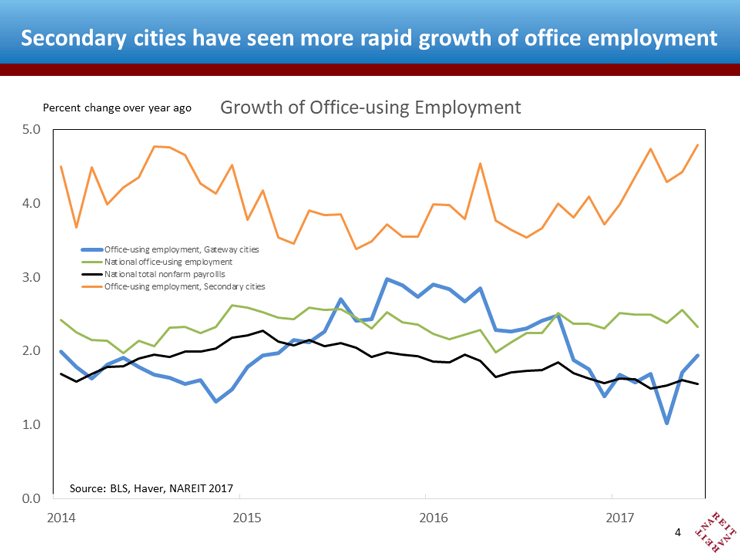