Looking at REIT Leverage versus Other Stock Market Sectors

Do we need to worry that equity REITs are carrying too much debt? I analyzed REITs listed in the S&P 1500 as of February 25, 2019 for their debt issues. While leverage ratios, measured as the ratio of debt to total assets, for REITs did indeed rise in the run up to the financial crisis, post-crisis REITs have brought their leverage ratio back down to below pre-financial crisis levels. 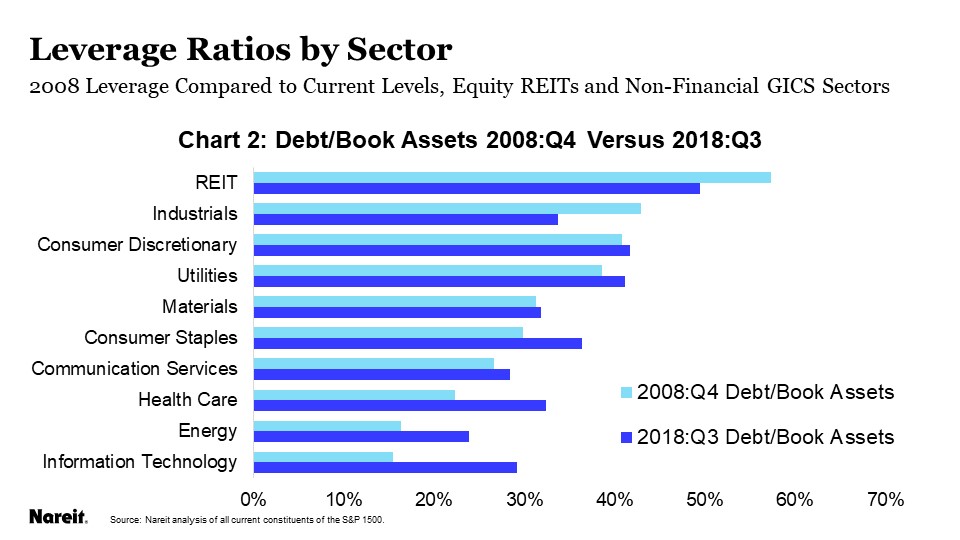 Generalist investors are frequently concerned about high leverage for REITs. That concern seems misplaced. Chart 2 compares leverage ratios across the 10 non-financial GICS sectors. While most stock market sectors saw an increase in leverage, REITs, along with industrials, are at lower leverage ratios now than they were during the financial crisis. Since REITs are based almost entirely on tangible assets; it’s no surprise they are on the higher end of leverage ratios in 2018, similar to utilities. Intangible assets like goodwill and intellectual property are less likely to be financed with debt. 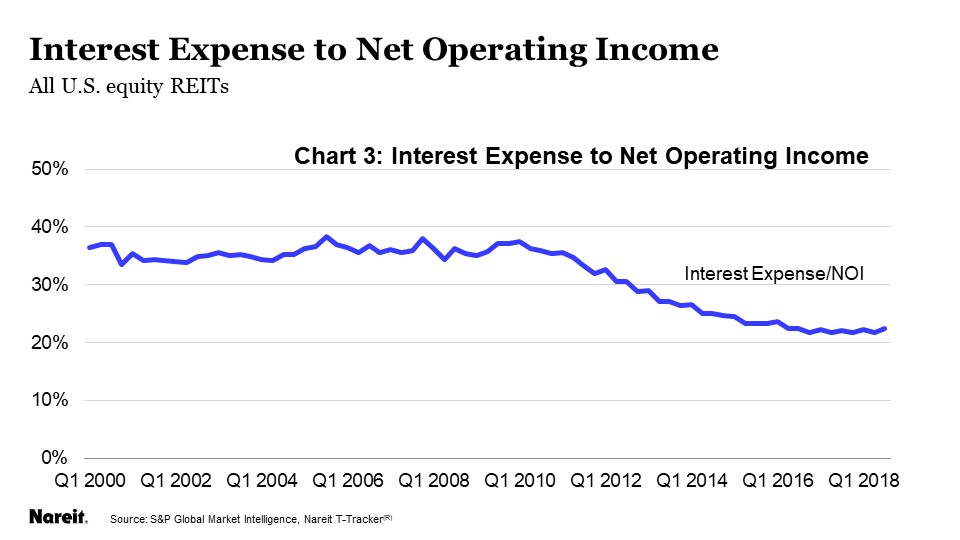 While the REIT sector has brought its leverage back to pre-crisis levels, the nonfinancial sectors have seen an increase in leverage post 2009. From the fourth quarter 2008, leverage increased 2.4 percentage points to 33 percent in 2018 while it decreased 7.9 percentage points for the REIT sector in the same time period. There’s also no reason to think REITs are struggling to pay the debt they have. Looking at our T-Tracker® data, the recent history of low interest rates means REITs have plenty of income to pay their interest expenses. In fact, the ratio of interest expenses to NOI follows the same pattern of decline as the leverage ratio, leveling off at just above 20%, lower than even the pre-financial crisis days. REITs have also lowered their weighted average maturity of outstanding debt, from 60 months or shorter in 2009 to over 72 months today.