Mid-Year Outlook for Commercial Real Estate and the Economy

The first half of the year wasn’t great, but was probably better than most had expected. For one thing, the economy kept chugging ahead, even as trade wars flared up in the spring. The recent jobs numbers through July show continued moderate employment growth. 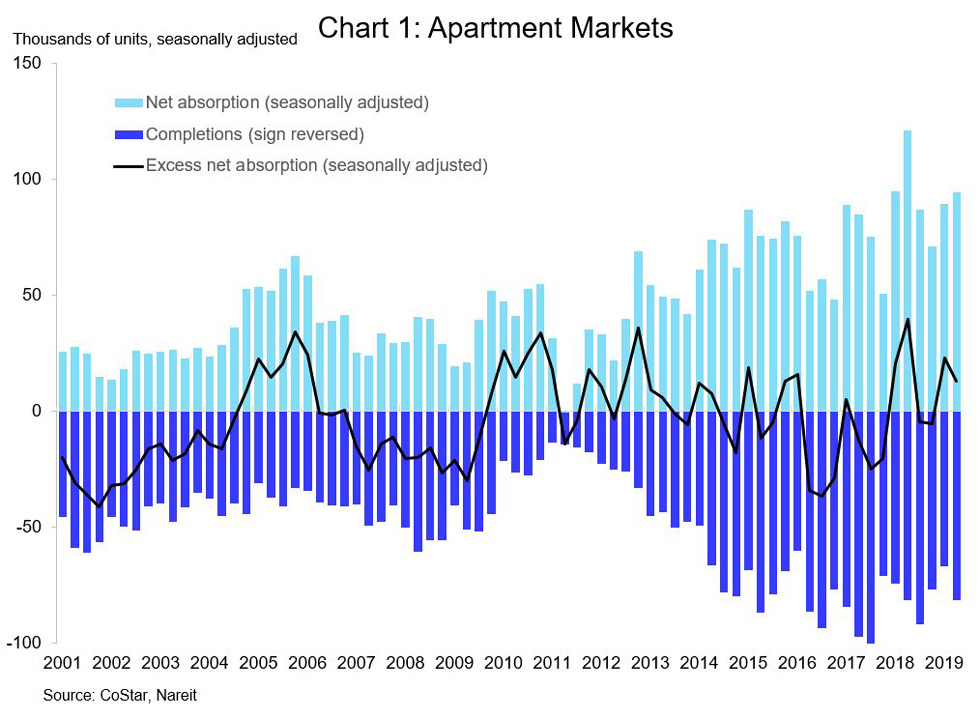 As so often happens, a growing economy gave real estate markets the support they needed:

Other sectors, though, were a bit slower. 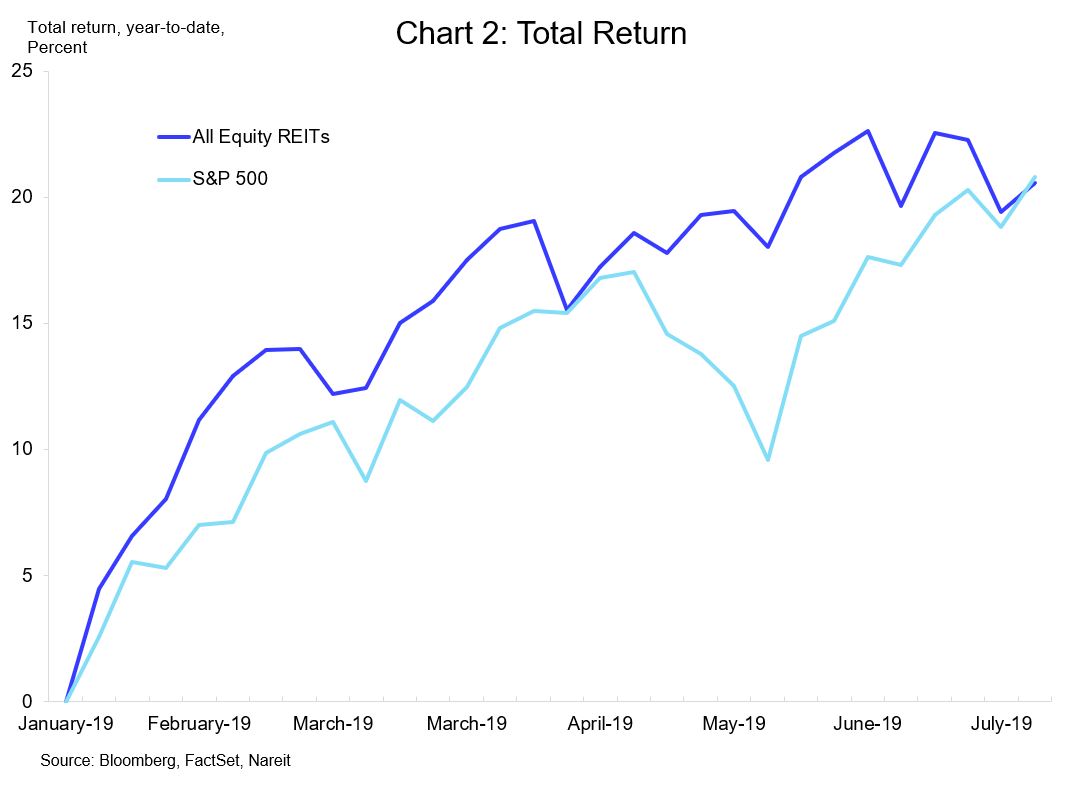 REITs have delivered a total return of more than 20% through July and are on track for the best year since 2014.

It is helpful to keep this backdrop in mind when one considers the cross currents in today’s economy and the concerns about the outlook for the rest of this year and 2020. See the recent Nareit mid-year economic outlook to puts these risks in context to see why the expansion remains on track, and the outlook for commercial real estate and REITs remains positive.