NAREIT recently released a new set of performance measures for stock-exchange listed REITs, the Total REIT Industry Tracker Series, or T-Tracker. There are separate series: the FFO Tracker, with Funds From Operations; the NOI Tracker, with Net Operating Income; and the Dividend Tracker, with total Dividends Paid by both equity and mortgage REITs.

The T-Tracker Series contains a wealth of information that should prove useful to virtually anyone who invests, analyzes or researches REITs and real estate. Detailed tables on FFO, NOI and Dividends Paid by property type, as well as spreadsheets with historical data, are available.

Please contact us if you have questions about the T-TrackerTM Series. 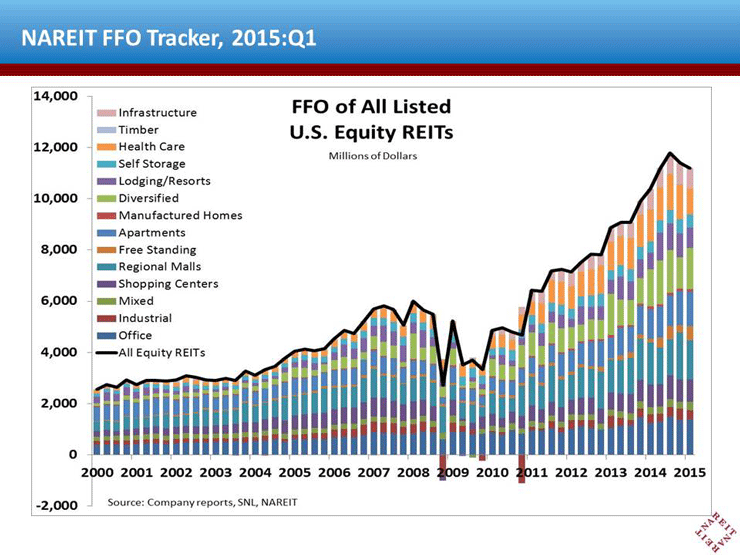 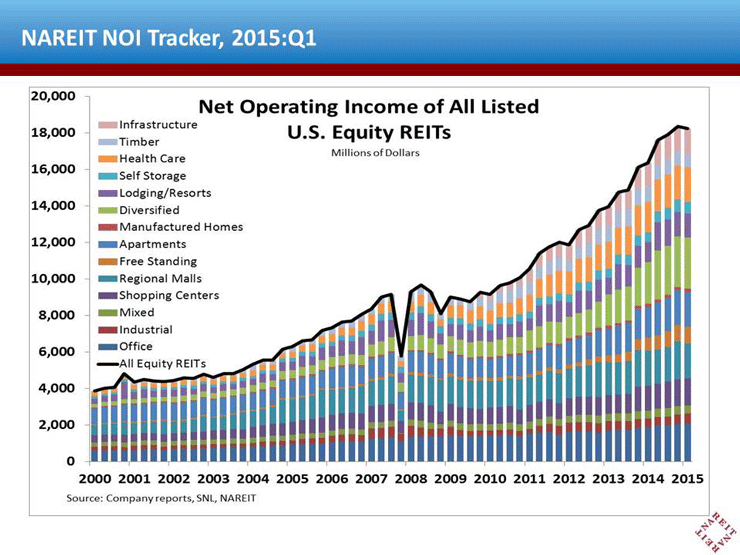 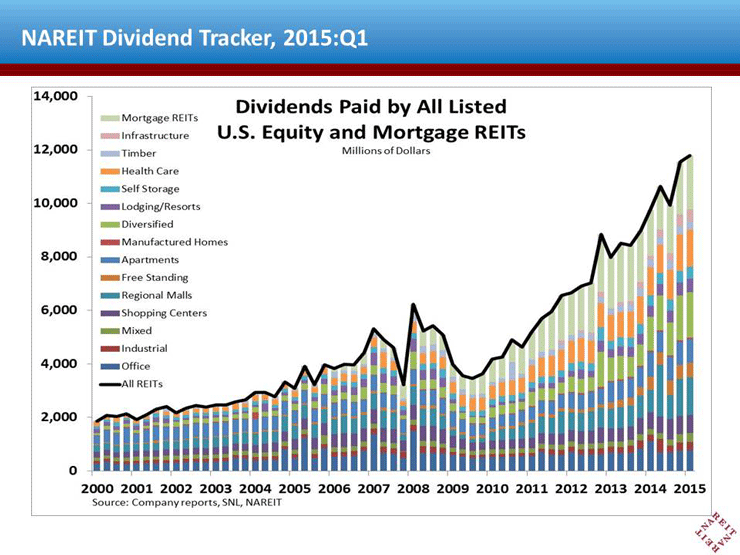