REIT Balance Sheets as Solid as Ever 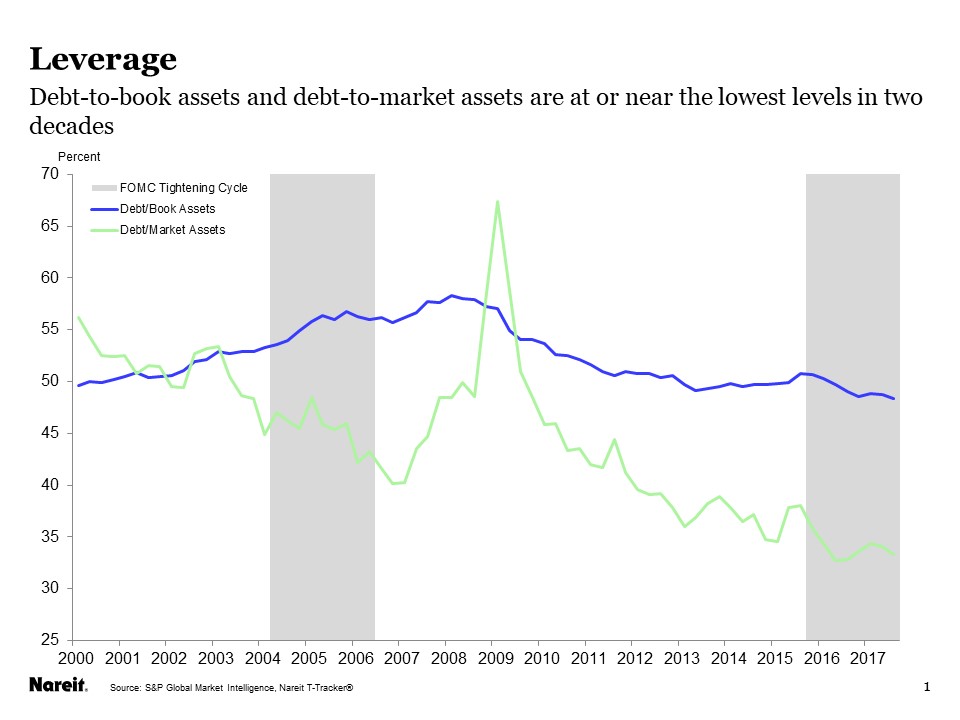 REITs have steadily fortified their balance sheets, leaving the industry in as solid a financial position it has ever seen, based on more than two decades of data available. Leverage, perhaps the most commonly cited statistic for balance sheet strength, is at or near two-decade lows, both on a book value basis (that is, using book assets in the denominator) or a market value basis (substituting market cap for book equity in the denominator). 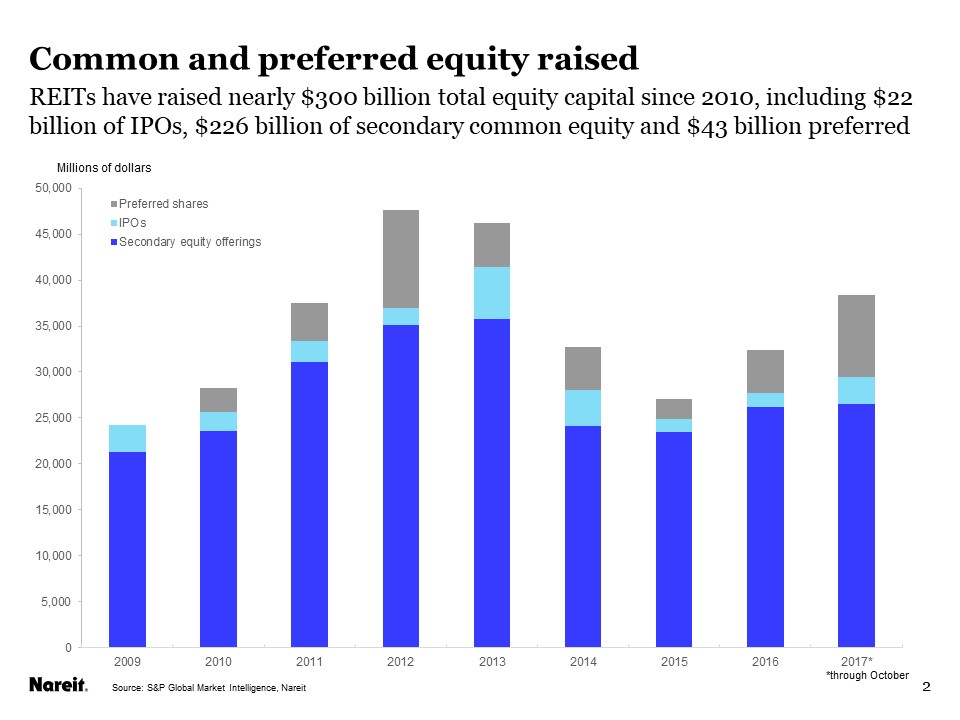 REITs achieved this sound financial position by raising significant amounts of equity capital. Since 2010, REITs have raised nearly $300 billion in total equity capital, including $22 billion of IPOs, $226 billion of secondary common equity and $43 billion of preferred shares (chart 2). REITs have made prudent use of debt, which has accounted for less than half the total capital raised. As a result, the ratio of total shareholders’ equity to book assets has risen to 44.5 percent, more than 12 percentage points higher than a decade ago. 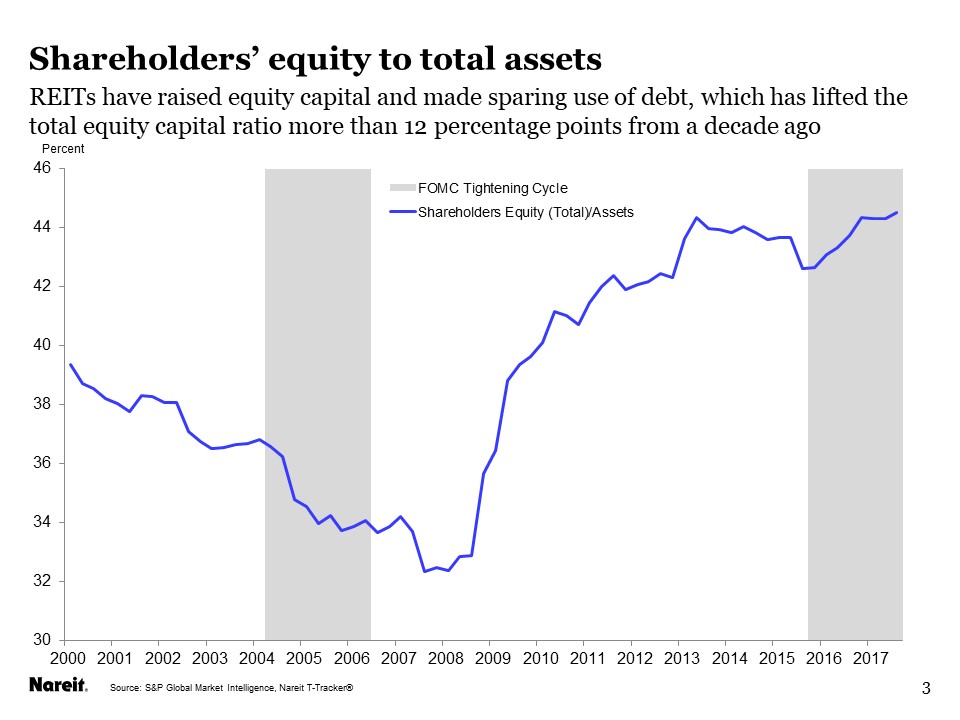 Well-capitalized balance sheets have also reduced REITs’ exposures to interest rate movements. The limited use of debt to finance acquisitions in recent years, combined with the low level of market interest rates, has pushed interest expense as a share of NOI to the lowest on record. 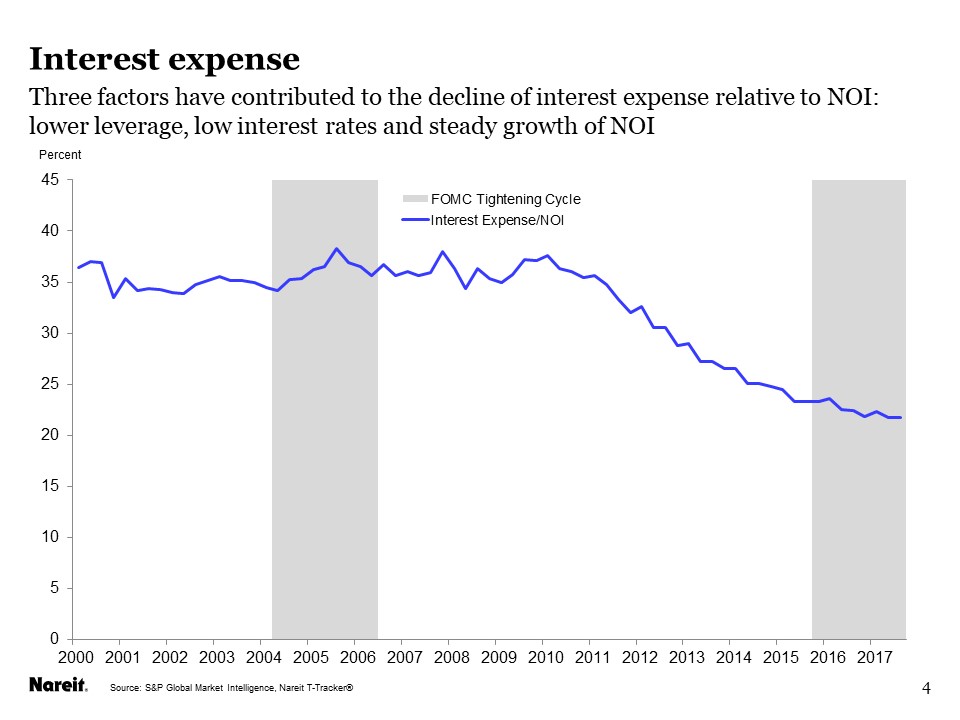 With the Federal Reserve planning more increases in interest rates, however, it is natural to ask whether interest expenses will rise significantly in the years ahead. The REITs have planned for this as well. For one thing, nearly all of the debt they issue is long-term fixed-rate debt, so their interest expense on these liabilities will not rise in the near term. Moreover, many REITs have issued longer-term debt to extend the maturities of their total debt. Indeed, the weighted average term to maturity of debt of all listed REITs has lengthened to 74 months, allowing them to lock in these low interest rates until well into the next decade. 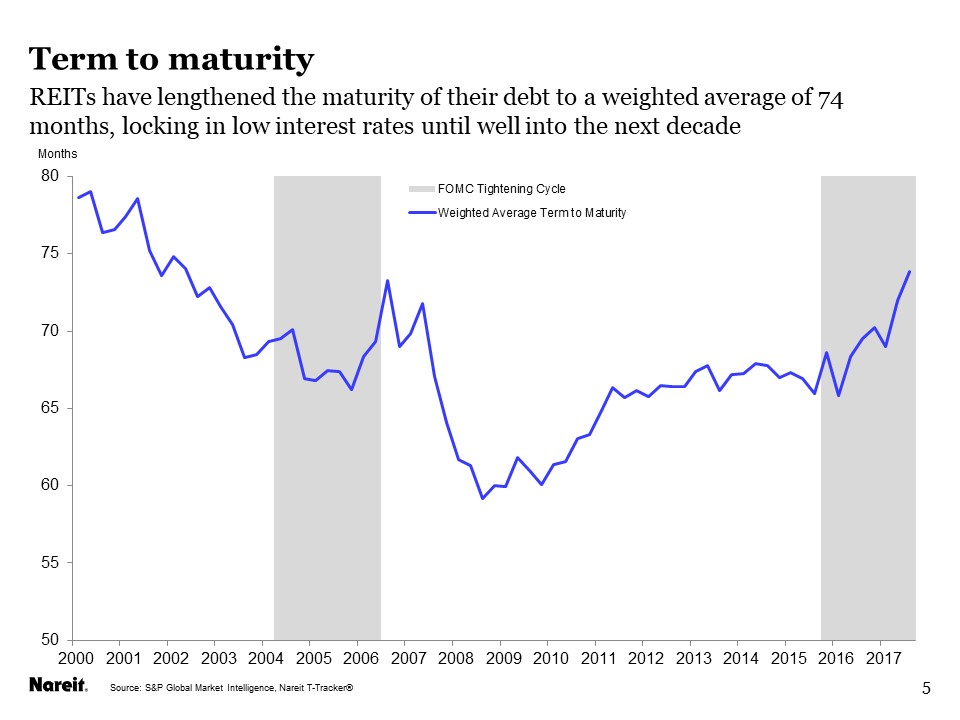 In short, REITs have well-capitalized balance sheets that give them a sound financial position to take advantage of investment opportunities that may arise in the years ahead, while also providing a solid cushion against rising interest rates or any unexpected future market developments.

For these charts and the data underlying them, as well as more information about the operating performance of U.S. listed REITs, visit the Nareit T-Tracker®.