REIT Earnings Stabilized in Third Quarter, According to Nareit T-Tracker

REIT earnings, measured by funds from operations (FFO), stabilized in the third quarter, according to the Nareit T-Tracker®.

FFO of all equity REITs rose 5.6%, following the 23.5% decline in the second quarter. Even with this modest quarter-over-quarter improvement, however, FFO was 22.3% lower than the third quarter of 2019. 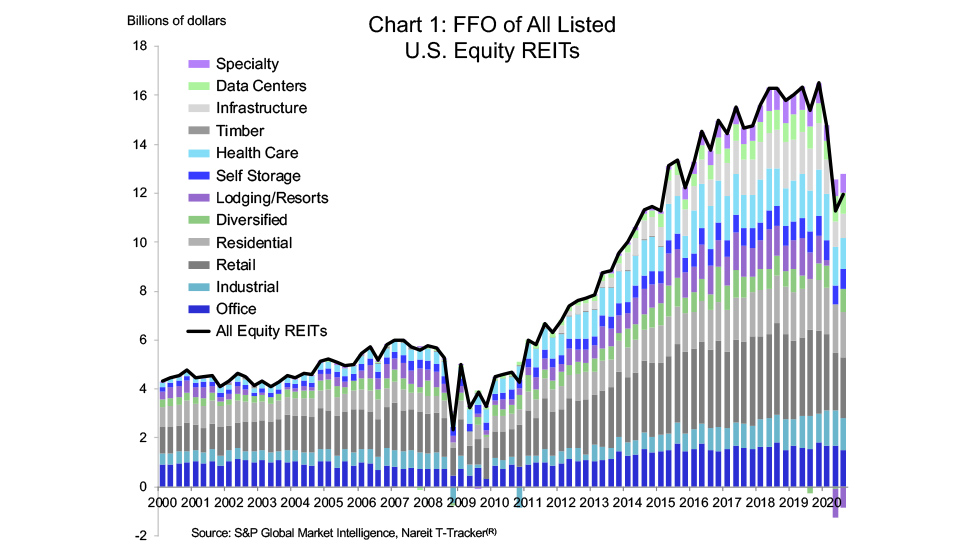 REITs have been able to weather many of the challenges during the pandemic due to their strong balance sheets and financial strength:

- Leverage remains near the lowest levels on record, with the book debt-to-total assets ratio at 50.8% in the third quarter of 2020, significantly lower than 58.3% during the 2008 financial crisis; 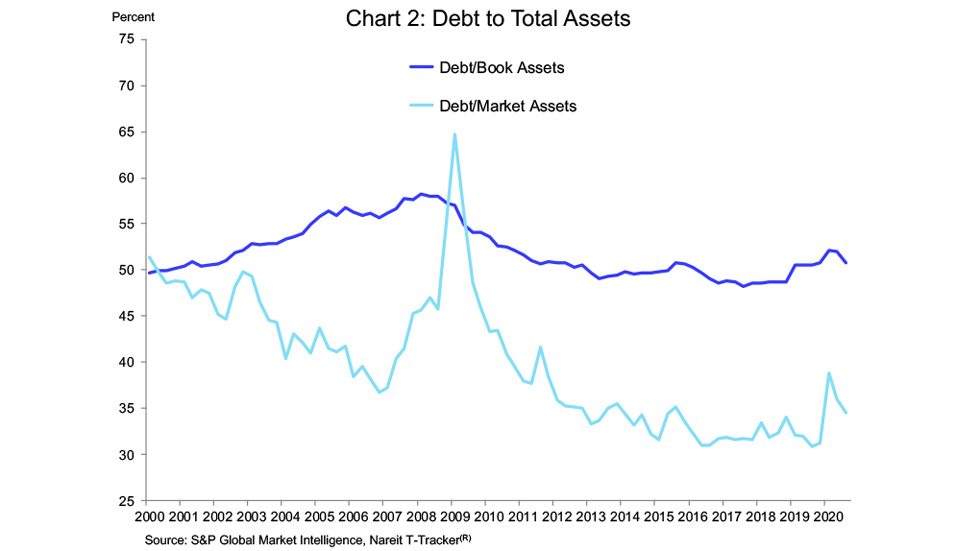 - REITs had lengthened the maturity of their debts during the years since the 2008 financial crisis, reducing the need to refinance during the pandemic. The weighted average maturity of REIT debt in the third quarter was 84.9 months, or just over seven years, compared to 59.2 months in 2008; and

- The weighted average interest coverage ratio–an indication of ability to service debt out of current income–was 3.8x in the third quarter, considerably higher than the 2.7x in 2007.

The T-Tracker does show, however, other signs of a difficult operating environment amidst the pandemic. Same-store net operating income (SS NOI), which measures NOI generated by properties held for one year or more, fell 7.5% from a year ago, in line with the 7.3% decline through the second quarter. 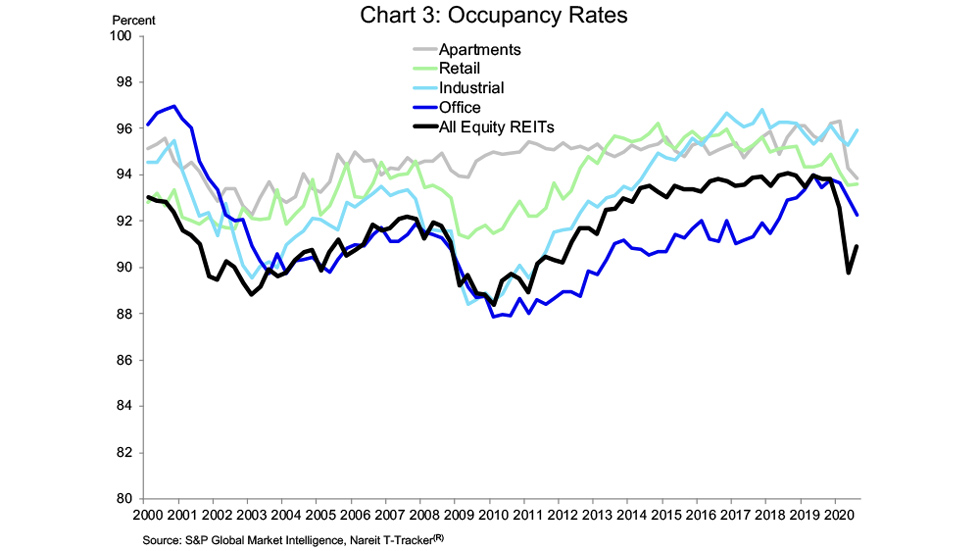 These charts and other earnings and operating data on REITs, including details by property sector and full history from 2000 to 2020:Q3, are available for download from the Nareit T-Tracker.