REIT Industry FFO Exceeds $15 Billion For The First Time Ever 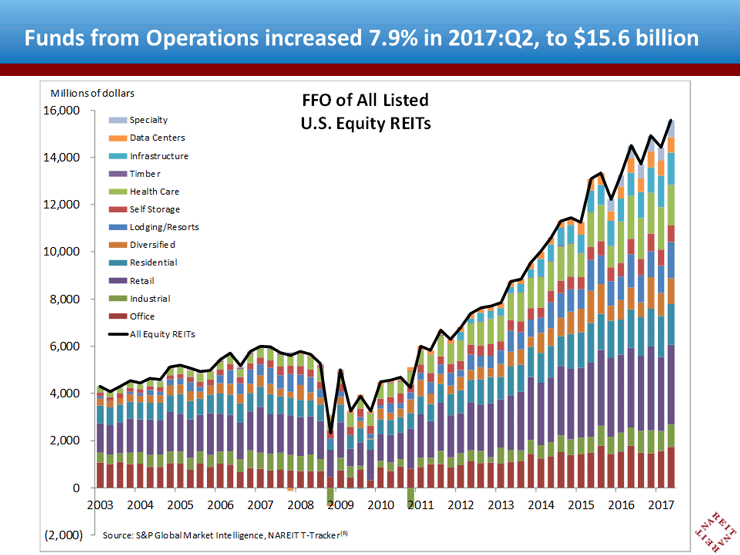 The listed REIT industry continues to grow and prosper. Total Funds from Operations (FFO) of listed Equity REITs rose 7.9 percent in the second quarter, to $15.6 billion, according to the NAREIT T-Tracker®. This was the first time that the REIT industry FFO exceeded $15 billion, and followed just three years after the industry broke the $10 billion mark in the second quarter of 2014. 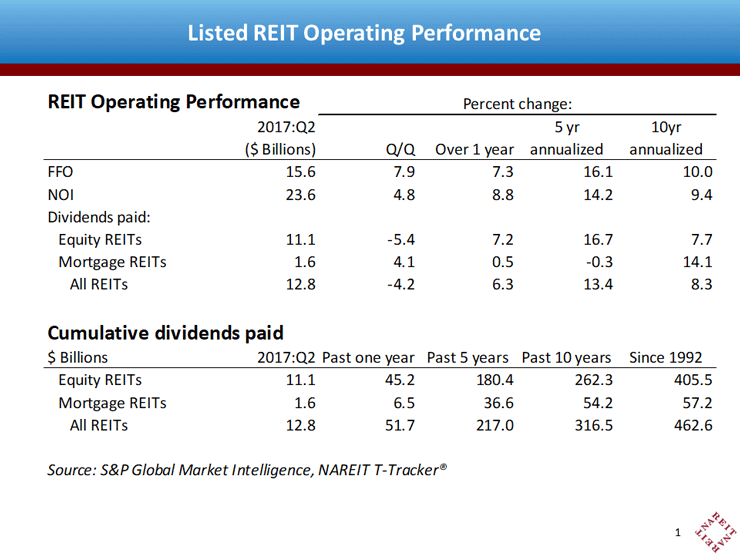 What accounts for the industry’s remarkable growth? In a word, results. REITs, which provide both small and large investors a low cost, expertly managed and liquid way to invest in income-producing real estate, have had consistent performance in FFO, net operating income (NOI) and dividends paid. FFO has increased at a 16 percent annual rate over the past five years, and at a 10 percent rate over the past decade (table). Growth of NOI and dividends paid have followed similar upward trajectories.

There have been three sources of growth of the REIT industry’s FFO and NOI: 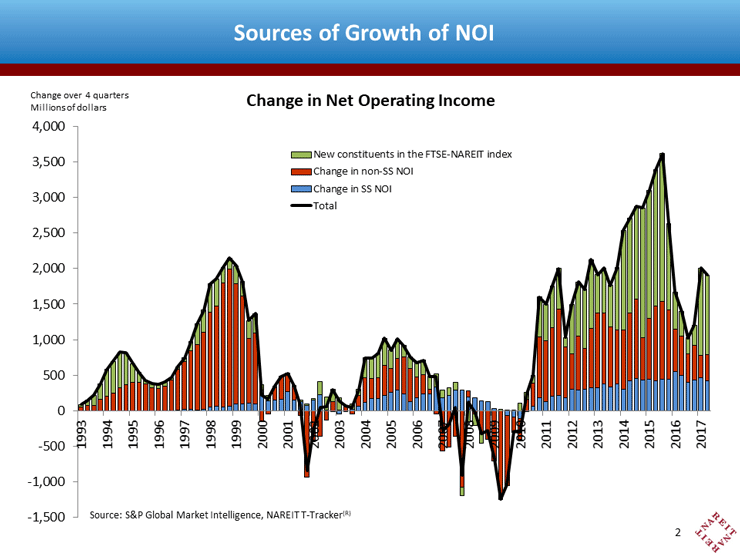 New REITs are forming. The REIT approach to real estate investment has proven to be efficient and flexible, and has attracted over 200 firms that elected to be publicly listed REITs (chart; green bars show the growth of NOI due to REIT IPOs and conversions to REIT status);

Existing REITs are expanding. Another advantage of the REIT model is access to capital to fund acquisition of investment properties. The expansion of real estate holdings of existing REITs has made steady contributions to rising NOI (red bars);

Earnings are rising on properties owned. Rising rents and occupancy rates boost income on the properties owned by REITs (growth of same store NOI is shown in the blue bars). 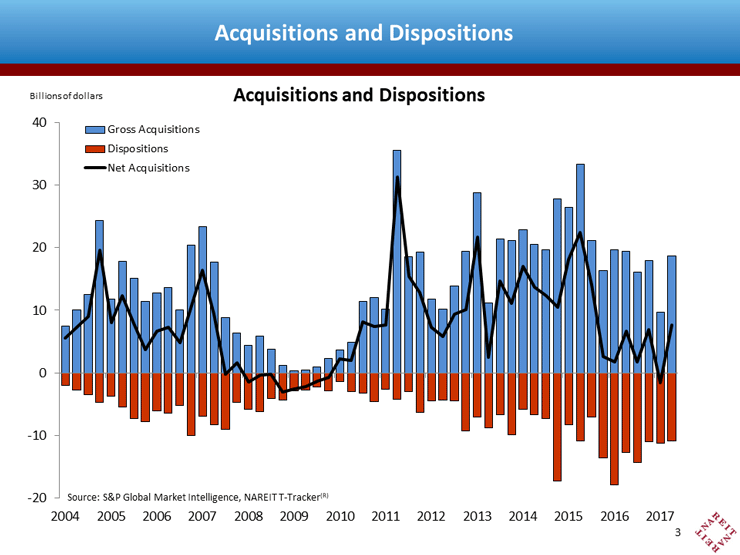 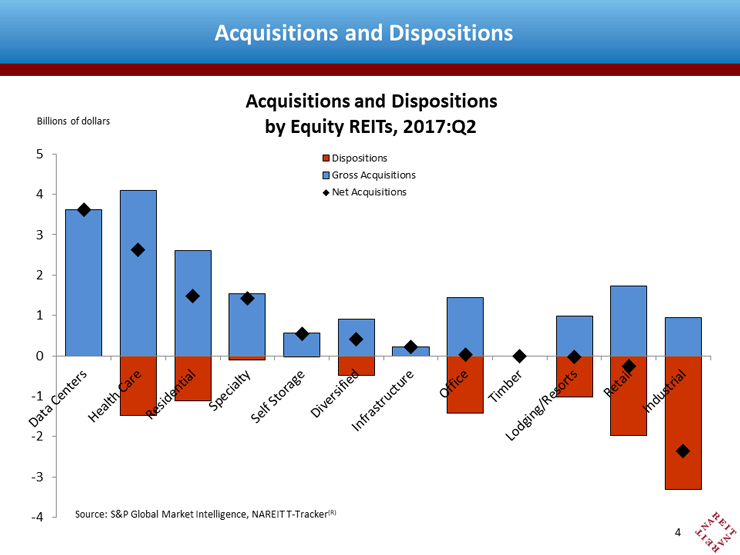 For more information on REIT industry operating performance, including spreadsheets and charts for download, please visit the NAREIT T-Tracker webpage.