REIT Interest Exposures are Down—Especially in the Tails

REITs have strengthened their balance sheets over the past decade, raising equity capital and reducing their interest rate exposures. Leverage for the sector as a whole has fallen to a two-decade low, both in terms of book value and market value, according to the Nareit T-Tracker®. Interest expense as a share of net operating income (NOI) has dropped to a record low, and interest coverage ratios, a key risk metric, are well above where they were a decade ago.

These measures show that the REIT sector has the strongest balance sheets in decades, on a weighted average basis. Industry averages, however, don’t reveal what is going on in the tails—the REITs with exposures higher or lower than the broad average. To explore whether there are pockets of risk that may be hidden among the averages, we analyzed the full distribution of REIT interest exposures and how they have changed over the past decade. 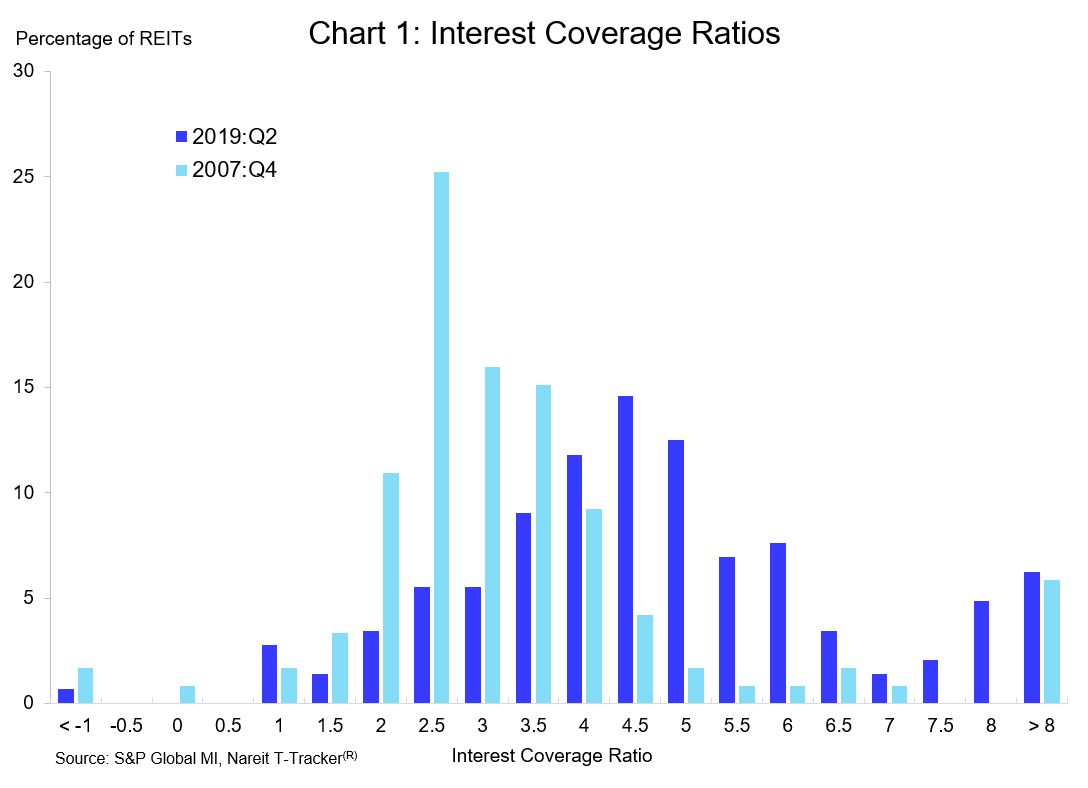 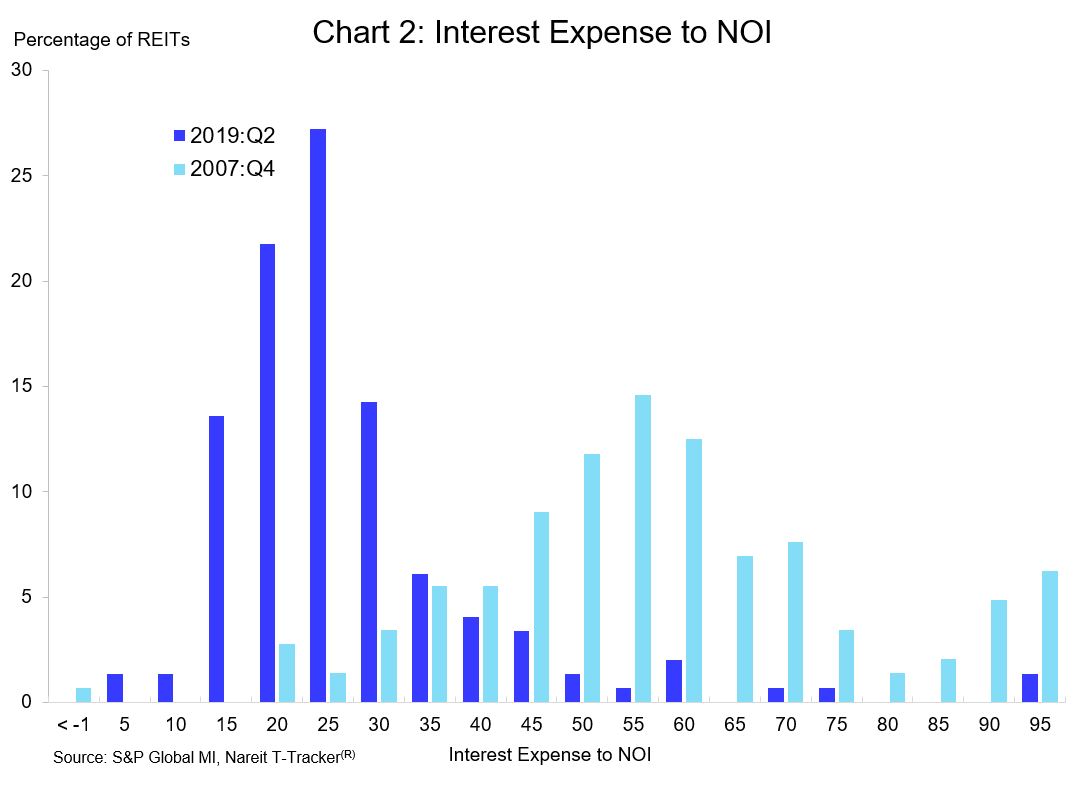 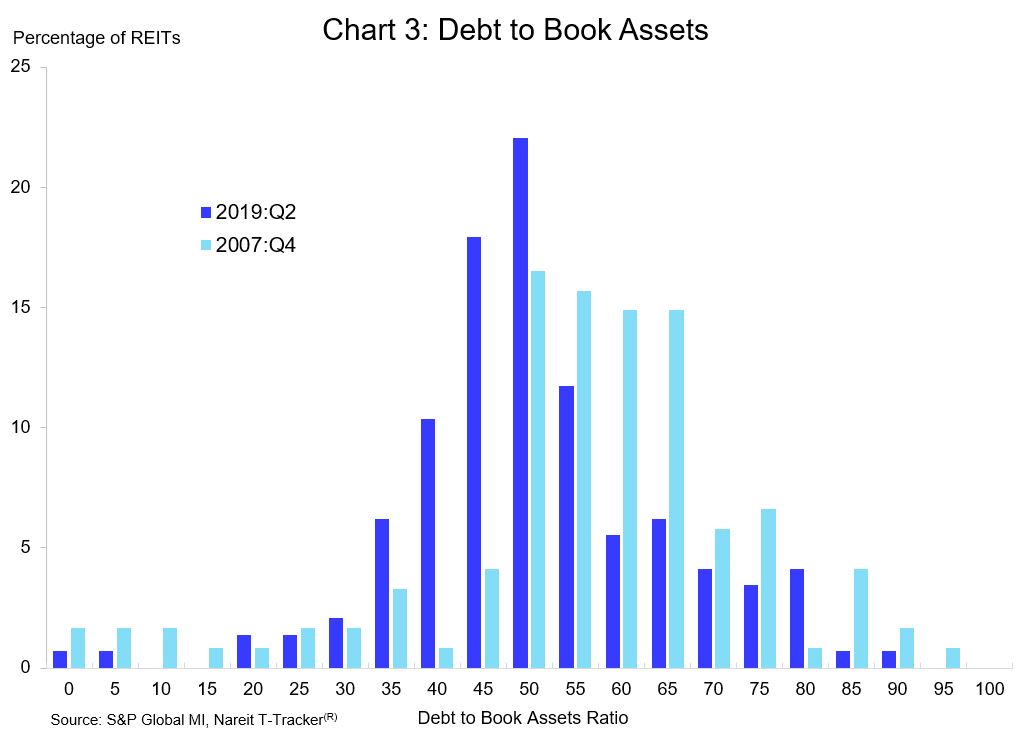 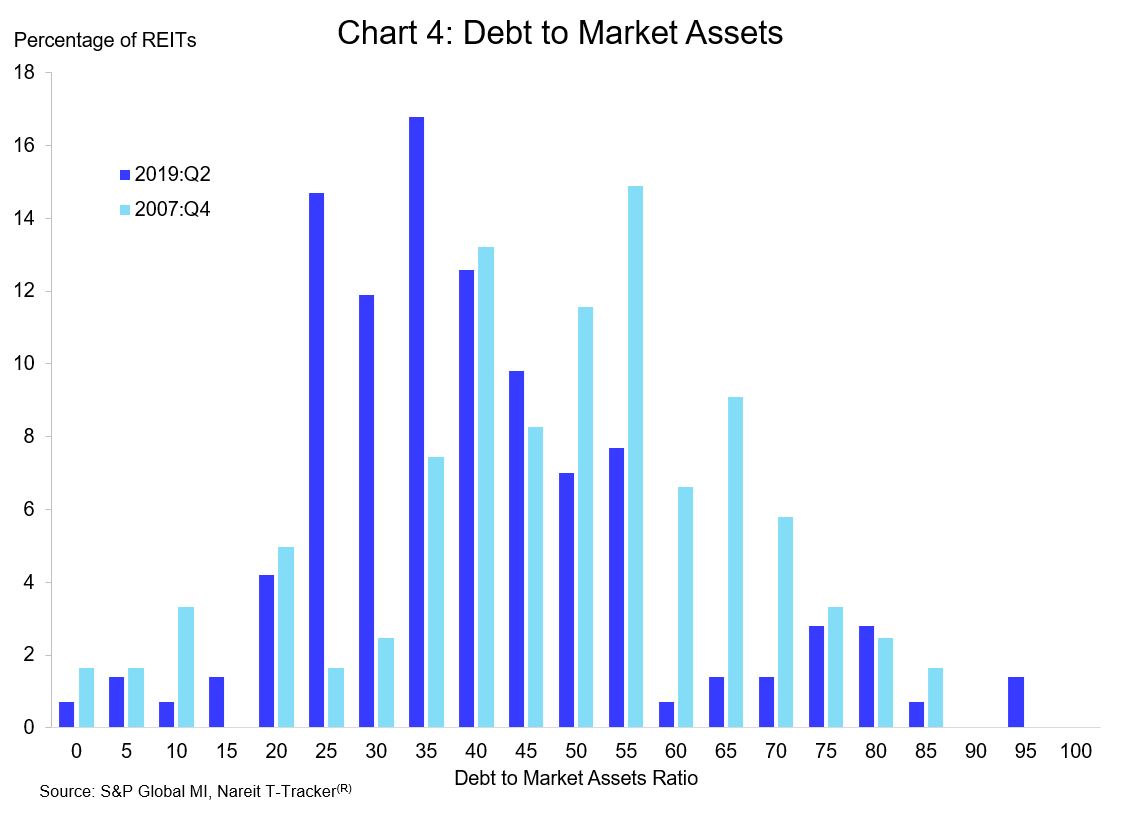 These declines in the tails of the ranges of interest rate exposures show how broadly based the improvements in balance sheets have been across the entire REIT industry. Not only have overall average REIT exposures to interest rates declined, but the number of REITs with greater exposures, in terms of higher leverage, higher interest expense or lower coverage ratios, has fallen dramatically as well.