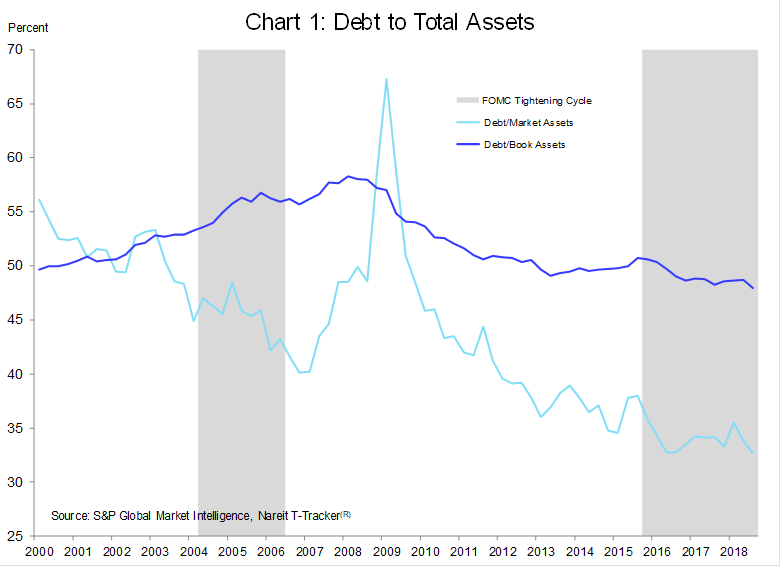 REIT leverage ratios declined on both a book-value and market-value basis in the third quarter, as prudent balance sheet management reduced the sector’s exposure to interest rates. REITs have relied more heavily on equity capital than debt for the past decade. REITs raised $10 billion in equity capital during the third quarter, bringing the total equity capital raised since 2013 to $200 billion. As a result, leverage ratios are at the lowest levels on record, according to the Nareit T-Tracker®. 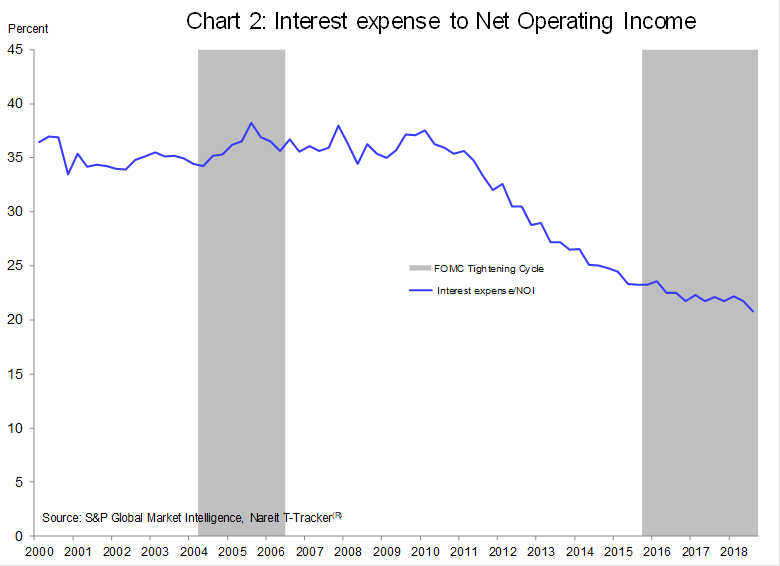 REITs’ reliance on permanent equity capital to finance their property portfolios has a number of important benefits. First, their sparing use of debt, combined with low interest rates, has reduced their interest expenses as a share of net operating income (NOI) to the lowest on record. 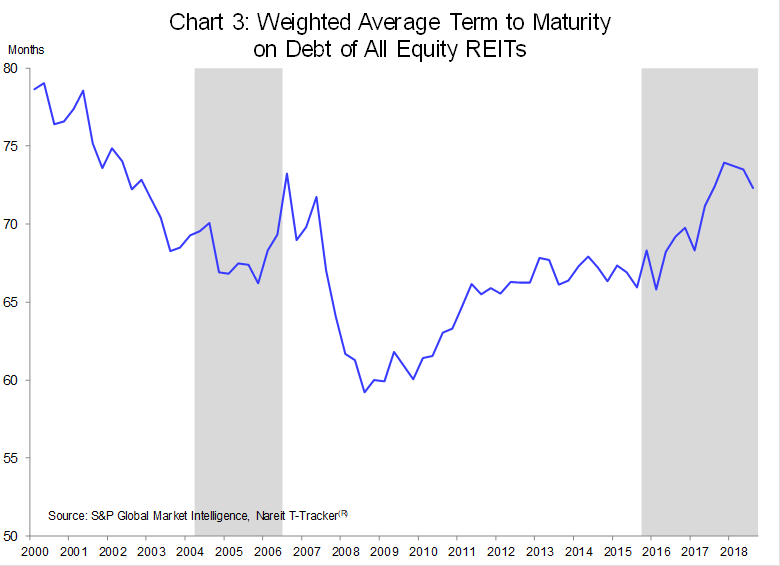 Moreover, REITs issue primarily long-term fixed-rate debt, and they have extended the average maturities of their debt outstanding to over 72 months, or six years, compared to an average maturity of five years one decade ago. As a result, REITs have locked in these low interest rates (and low interest expenses) until well into the next decade. The strength of REIT balance sheets reduces their financing costs today and protects them against possible financial market shocks in the future. 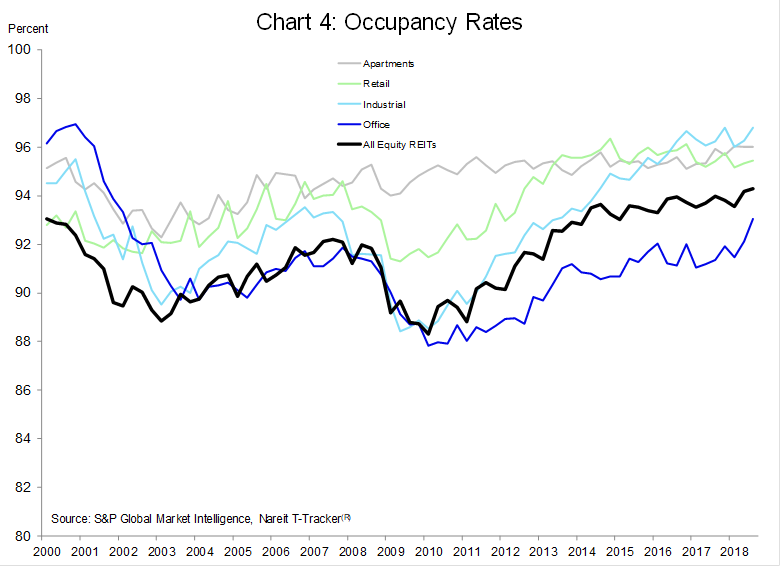 Not only are REIT balance sheets well-protected for the interest rate environment ahead, their operating performance also has continued to improve even as market interest rates have risen. For example, the occupancy rate of properties owned by REIT rose to a record high of 94.3 percent in the third quarter, as demand for high-quality REIT-owned properties remains robust. 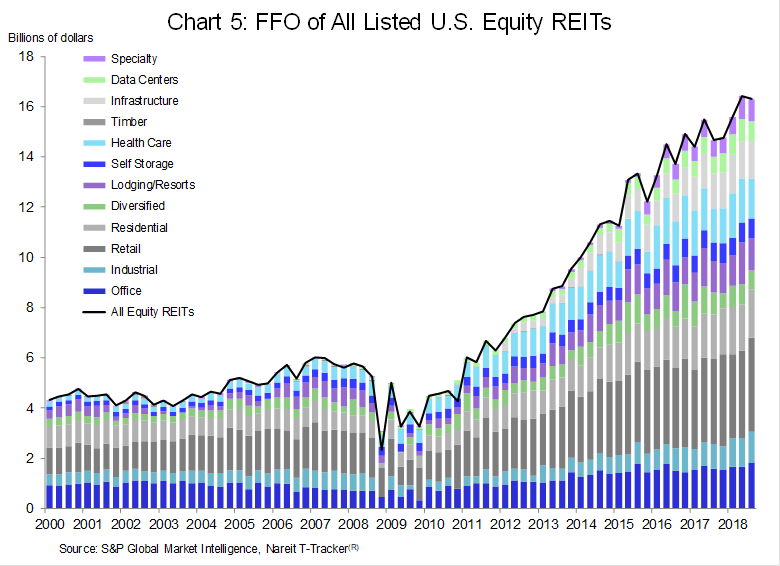 What matters for investors, of course, is how these factors—solid balance sheets, high occupancy rates and steady operating performance—translate into earnings. Funds from operations (FFO) of all listed equity REITs was $16.3 billion in the third quarter, an 11.1 percent increase over one year earlier. REITs have demonstrated continued strong operating and financial performance over the past year and are well prepared for the year ahead.