REIT share prices, like the broader stock market, have been sensitive to changes in the outlook for interest rates, including both the short-term rates set by the Federal Reserve and the long-term rates that are governed more by market forces. Rising interest rates have been identified by some analysts as explaining the disappointing REIT stock performance during January and February. In fact, some analyses suggest that negative announcement effects on REITs associated with rising interest rates have become more pronounced since 2013. Recent performance, however, has been in contrast to earlier periods when REIT share prices generally performed quite well during periods of rising interest rates. 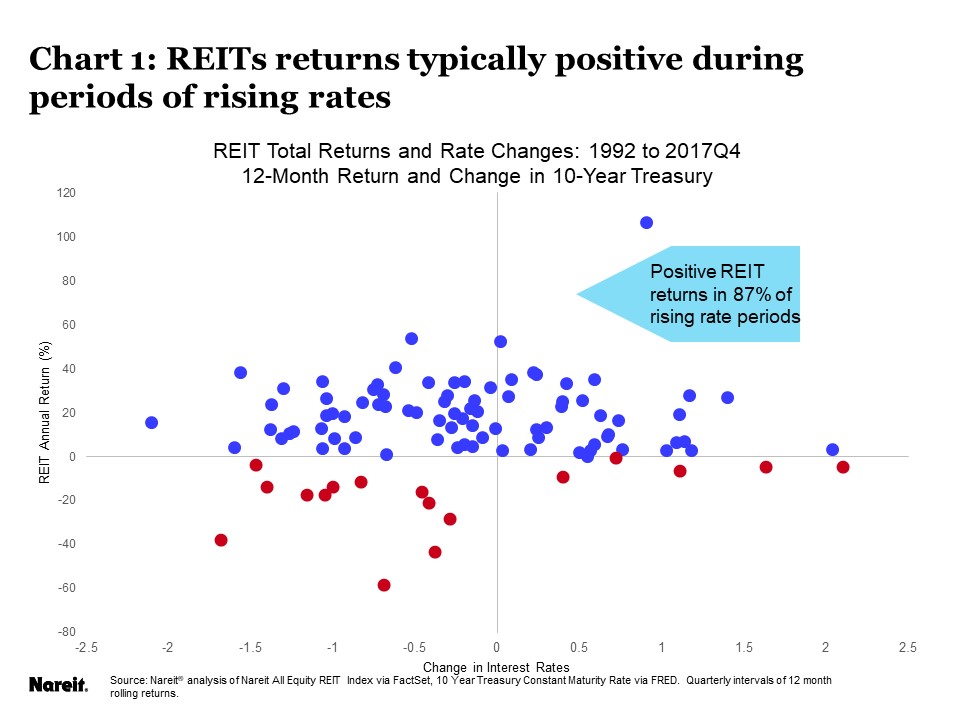 REITs have also outperformed broad equity indexes during many of these periods of rising interest rates. The figure below illustrates the relationship between the four-quarter change in the 10-year Treasury yield and the difference between four-quarter total return on the FTSE Nareit All Equity REIT Index and the S&P 500. This illustration reveals that REITs outperformed the S&P 500 in more than half of the episodes of rising Treasury yields over the period 1992Q1 to 2017Q4. 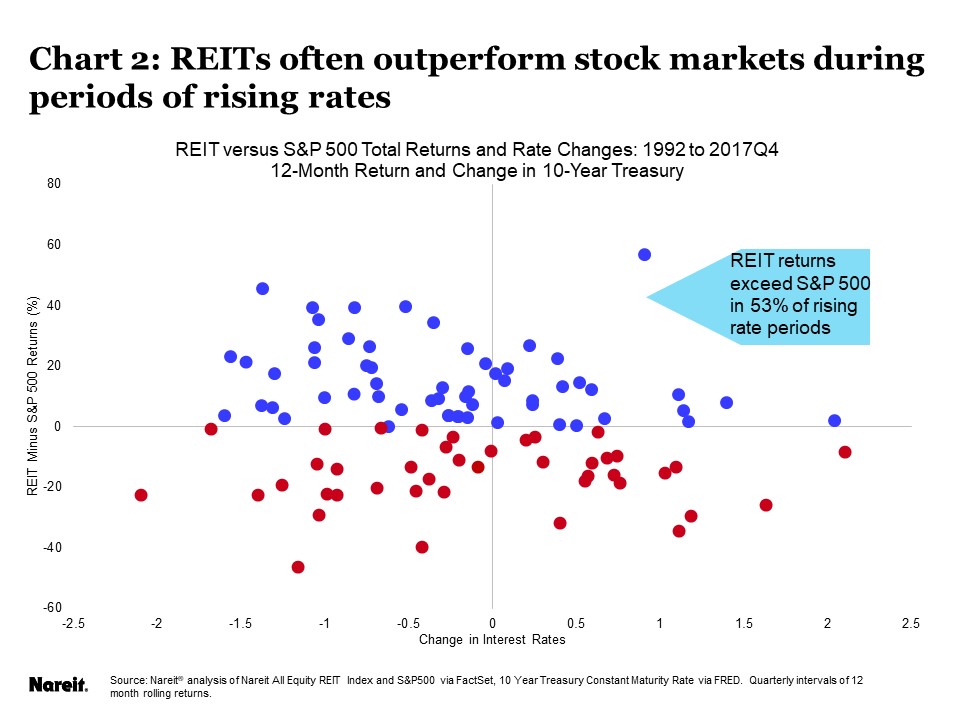 REITs appear to be well prepared for higher interest rates in the months ahead, according to the Nareit T-Tracker®, a summary of operating performance and financial position of the listed REIT sector. REITs have strengthened their balance sheets and reduced exposures to interest rates. As of 2017:Q4: