Maybe baseball isn’t the best analogy for REITs and commercial real estate after all.

One of the more common ways to describe the outlook for REITs is to pick which inning of a ballgame corresponds to today’s REIT market. For the past several years, most observers have said the market was in the seventh or eighth inning. Some have even called it the top of the ninth, suggesting that a downturn was not too far in the future. Indeed, REIT operating performance did weaken last year, as earnings declined in the third and fourth quarters of 2018, and falling stock prices in the winter seemed to confirm this gloomy outlook. 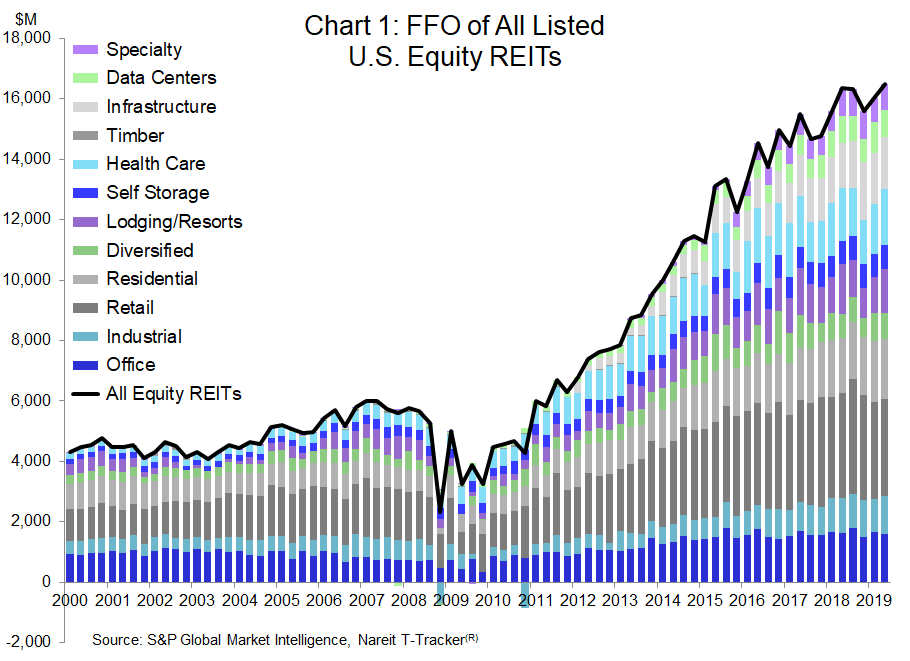 The first half of 2019 has thrown this game into disarray. REITs posted gains in FFO of 2.8% in both the first and second quarters, according to the Nareit T-Tracker®, more than reversing the decreases in the second half of last year. 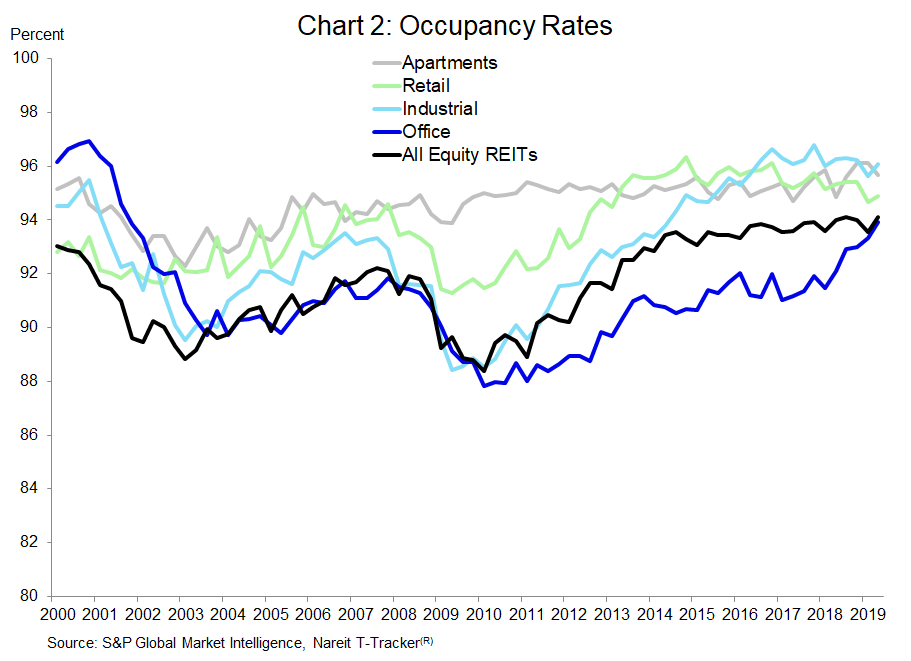 Forward-looking indicators have also brightened. Occupancy rates of REIT-owned properties reached a record high of 94.1% in Q2, as demand for leased space shows no signs of slowing.

In addition, REIT share prices have rallied in 2019, rising more than 20% YTD and delivering a total return of 23.6%. Higher share prices do more than reward investors; they can also provide a signal about the outlook ahead. REIT shares often trade at a premium to NAV when investors have a favorable view of the outlook, whereas a share price discount typically indicates that investors are more pessimistic. After trading at a price discount to NAV from late-2016 through early this year, share prices of all REITs have risen to a 5.9% premium to NAV, according to Green Street Advisors. 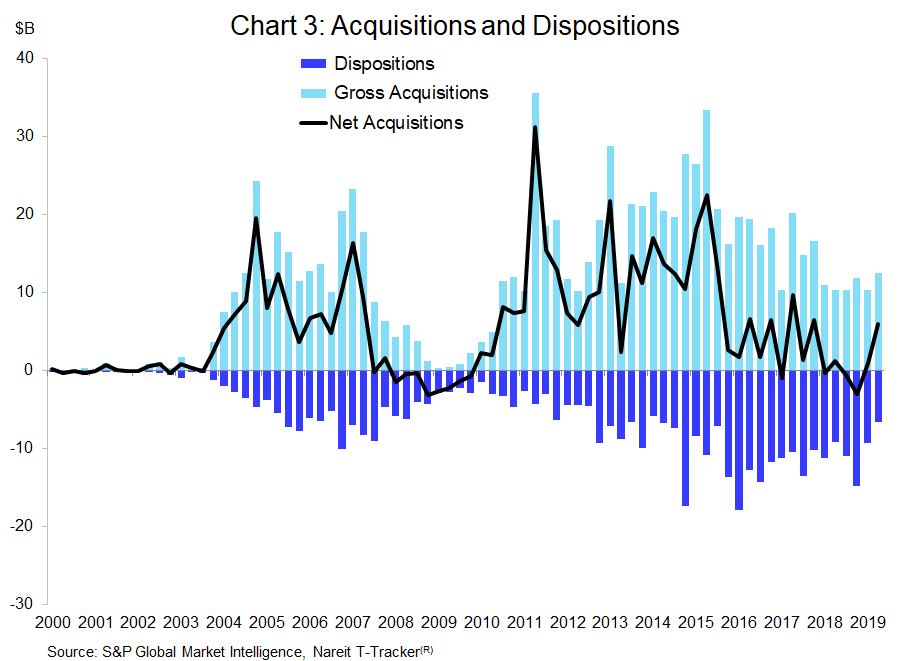 Of course, it may well be that baseball provides a good way of looking at REITs and real estate. Perhaps it’s like the World Series, where it’s the best of seven games that determines the winner.