Social distancing measures to help slow the spread of covid-19 are having a major impact on economic activity. There is considerable uncertainty as to the magnitude of the effect of the unprecedented shutdown of retail stores, restaurants, travel and many other businesses, but recent news stories suggest it will be severe.

So far there have been few reports with hard data on the economic impact of social distancing measures, the most notable exception being the spike in weekly jobless claims to a record 3.28 million in mid-March. Several important data releases are scheduled in the coming weeks. Here’s what to watch: 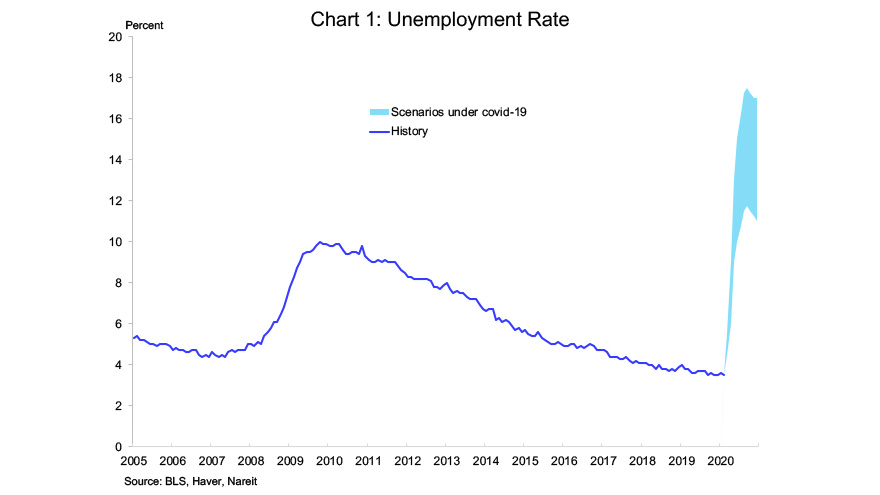 We are expecting to an increase in the unemployment rate in March, followed by much larger increases in subsequent months. The unemployment rate is likely to rise to at least 12% and perhaps approach 18% by summertime. These estimates of the possible increase in unemployment are closely related to the number of jobs in the sectors most exposed to the health crisis. For example, sectors such as hotel, food preparation, clothing and general merchandise stores, building materials, and personal care and service occupations employ approximately 21 million workers. Under the scenarios shown here, the total increase in unemployment could range from a low estimate of 12 million to a high estimate of 22 million. While not all the workers in these sectors will lose their jobs, we expect employment in other businesses to be affected as well.