REITs continued to post solid gains in earnings through the third quarter of this year. Funds from operations (FFO) of all listed equity REITs was 11.1 percent higher than one year earlier, according to the Nareit T-Tracker®, with increases in nearly every property sector. 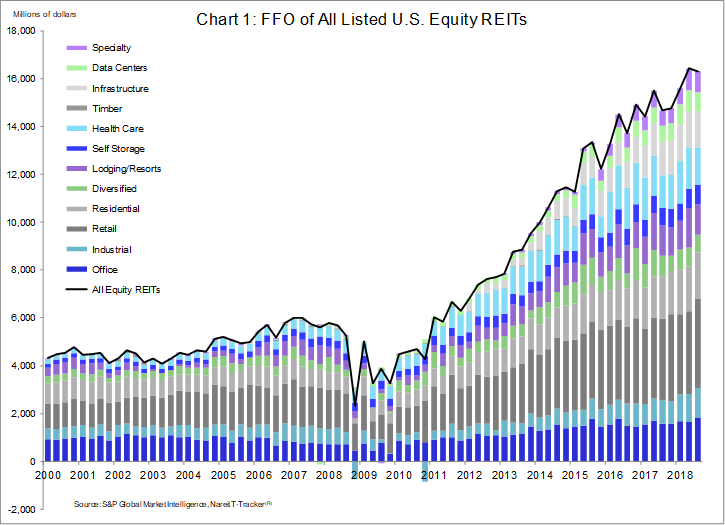 The operating performance of REITs shows little signs of slowing, moreover, suggesting that the REIT earnings expansion still has legs. For example, occupancy rates of properties owned by REITs reached a new record high of 94.3 percent. Rising occupancy rates send two messages about future performance. First, high occupancy rates drive rent growth, making it likely that FFO will continue its upward path. Second, demand for the top-quality properties in prime locations like the ones in the REITs’ portfolios continues to outstrip supply. This suggests that worries that rising construction will lead to a glut of properties and a property market downturn are misplaced, as a typical late-cycle market has falling, not rising, occupancy. 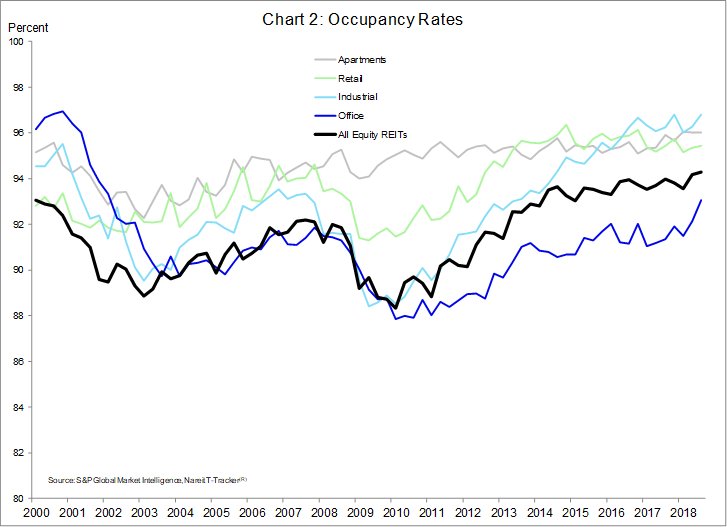 REITs are well-prepared for the interest rate environment they are likely to face in 2019. Leverage ratios are the lowest they have been in two decades, as REITs have raised significant amounts of common equity to finance their portfolios. These low leverage ratios, combined with low interest rates, have resulted in interest expenses that are the lowest they have ever been as a share of net operating income (NOI). 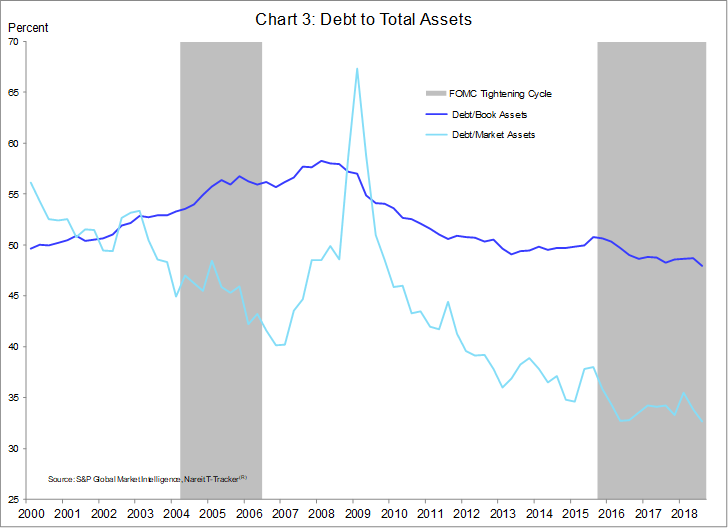 For the data underlying these charts as well as more information on the earnings and operating performance of REITs, see the Nareit T-Tracker.