EY’s latest REIT Economic Contributions report, commissioned by Nareit, estimates REITs supported 2.93 million full time equivalent (FTE) jobs in the U.S in 2020, producing $197.0 billion in labor income. Chart 1 shows the increasing contribution from REITs to the American economy over the past five years as measured in FTE jobs. From 2016 to 2020, the jobs equivalent contribution from REITs has risen by nearly one million FTEs. This increase reflects both increased direct employment and investment and indirect and induced economic activity. 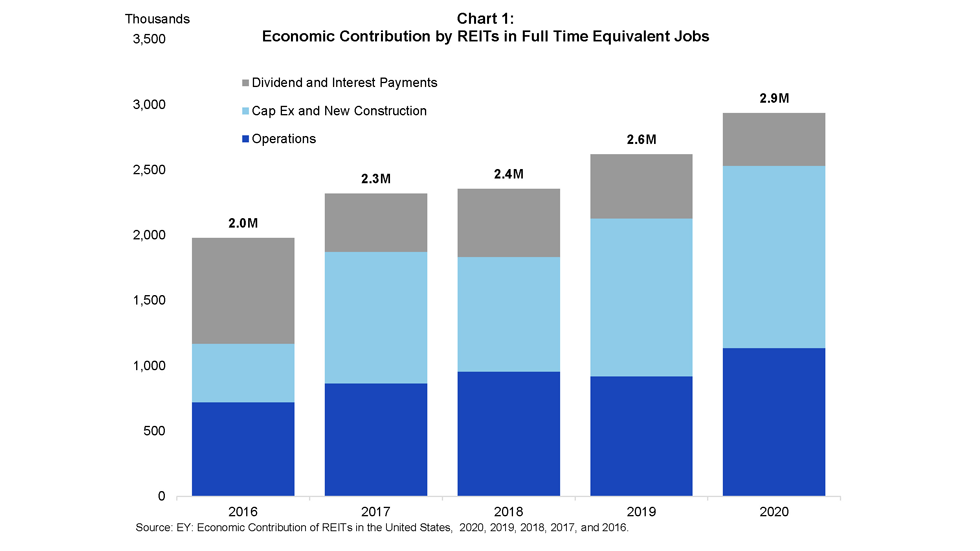 Comparing the 2020 estimate to the 2019 report, REITs’ domestic economic contribution as measured by FTEs increased by 12%. The increase is attributable to an increase in REIT operations and increased REIT capital expenditures on existing structures and support of construction activity.