REITs supported an estimated 3.2 million fulltime equivalent (FTE) jobs in the U.S. in 2021, producing $229 billion in labor income, according to EY’s latest Economic Contribution of REITs report, commissioned by Nareit. 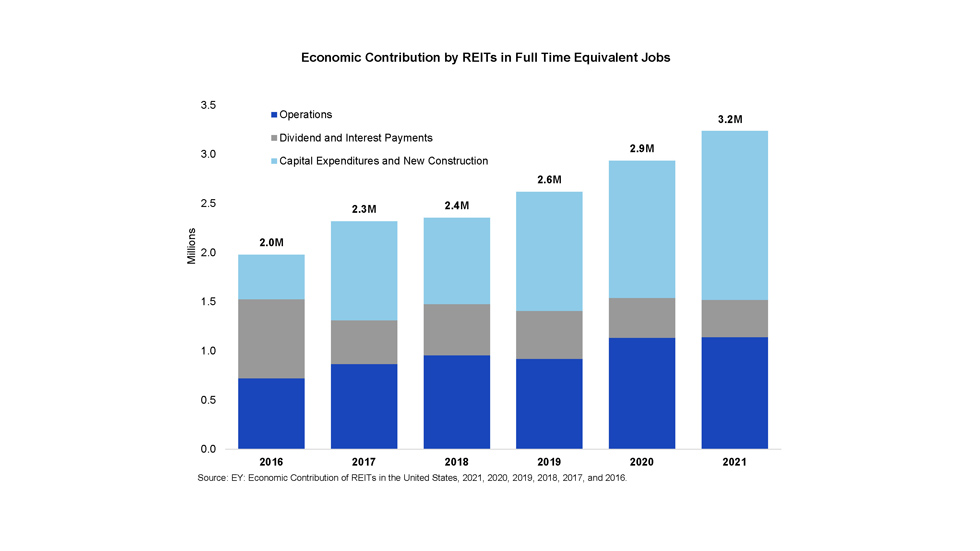 The chart above shows the increasing contribution from REITs to the American economy over the past five years as measured in FTE jobs. From 2016 to 2021, the jobs equivalent contribution from REITs has risen by more than 1 million FTEs. This growth reflects both increased direct employment and investment and indirect and induced economic activity.

REITs’ domestic economic contribution as measured by FTEs increased by 10% in 2021 compared to 2020. Most of the increase is attributable to an increase in REIT capital expenditure and new construction activity with construction spending on new buildings nearly triple the value year-over-year.