A strong economy boosted the fundamentals for commercial real estate in the spring. The economy had a growth spurt, as GDP surged to a 4.1 percent annualized rate in the second quarter. Job growth has been robust so far this year, with payroll employment averaging monthly gains of 215,000 year-to-date through July, the fastest sustained pace of hiring since 2015.

The economy is enjoying above-trend growth, with some boost from last year’s tax cuts, which supports demand for nearly all types of commercial real estate. Here’s a snapshot of conditions in the major property sectors as of mid-year (this Market Commentary draws from Nareit’s Commercial Property Update, a quarterly analysis of real estate markets and economic fundamentals): 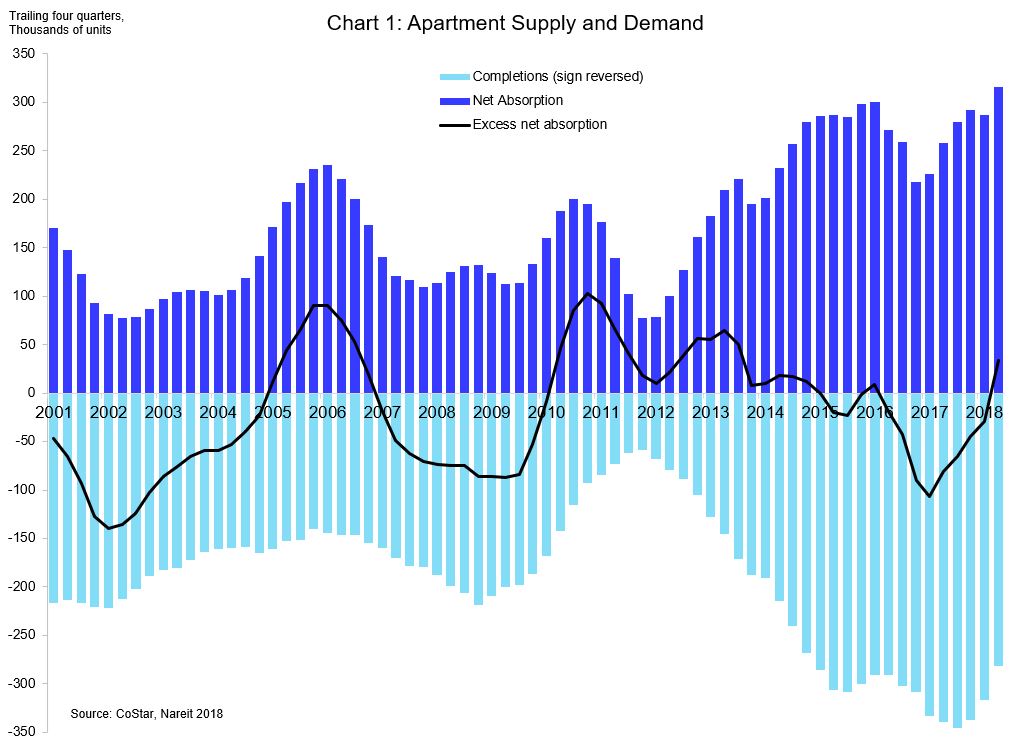 Apartment markets firmed in the second quarter of 2018, as rental demand surged during the spring leasing season. Meanwhile, new construction has tapered off a bit, alleviating some of the market worries about a wave of new supply. Vacancy rates dropped 50 basis points as a result, to 5.9 percent, the lowest average vacancy rate in two years. Solid demand helped lift rent growth to 3.1 percent over the past four quarters. The latest news suggests that the latent demand for apartments in the long aftermath of the mortgage crisis provides a deep reservoir of support for the apartment sector (chart with supply and demand above; vacancy rates and rent growth at the end of this commentary). 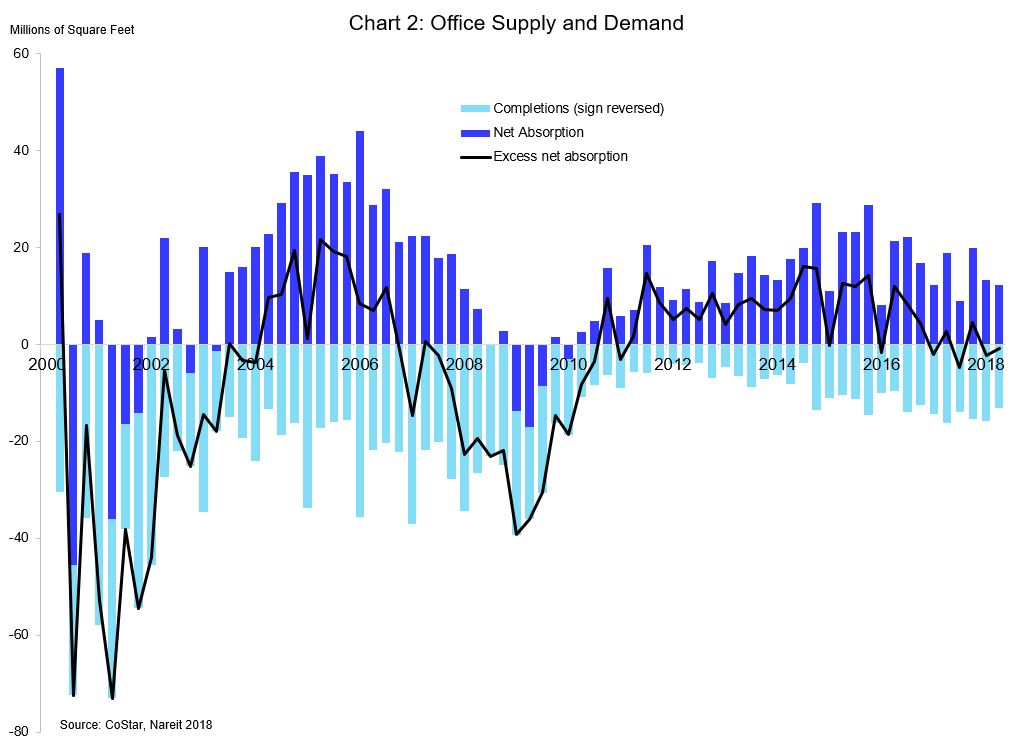 Both supply and demand are growing slowly in the office sector. Net absorption has trended lower, to 54.7 million square feet over the past four quarters, compared to 70.3 million square feet over the prior four quarters. Supply, however, remains in balance with demand, keeping vacancy rates unchanged at 10.2 percent. Rents continued to increase, but at a slightly slower pace, rising 1.8 percent over year-ago. 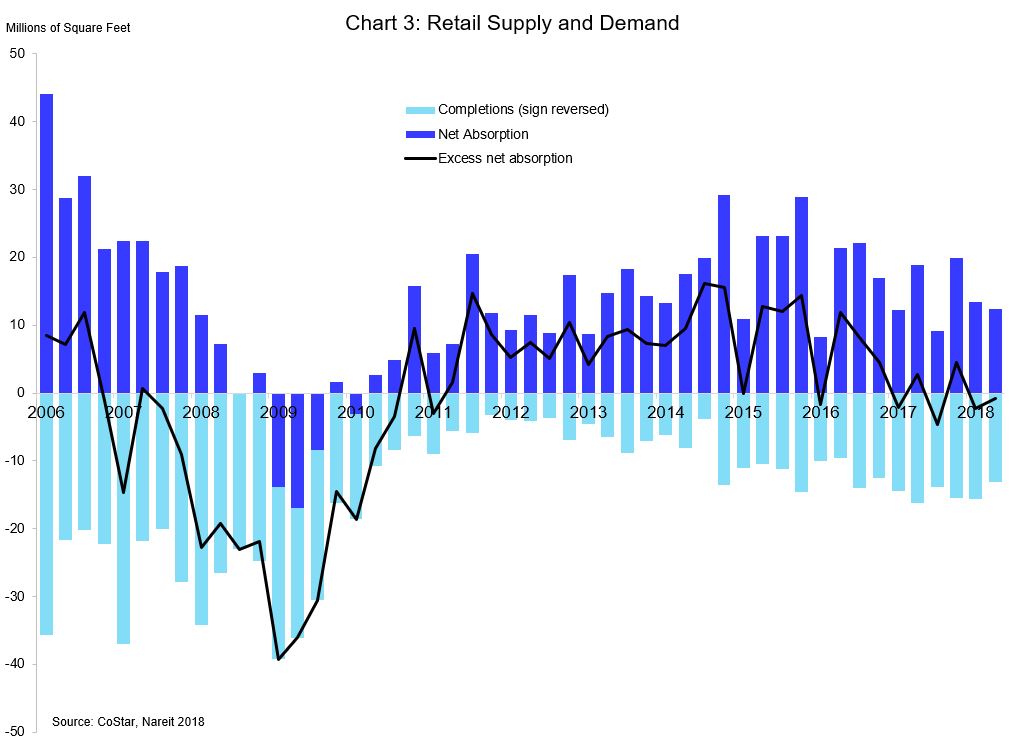 Demand for retail space remains sluggish. Net absorption softened to 65.7 million square feet over the past four quarters, less than half the pace in 2016, which saw 125.5 million square feet of net new leases. There is little new construction, however, keeping vacancy rates flat at 4.6 percent. Rents rose 1.6 percent over the past four quarters. Recent performance was depressed by a spate of tenant bankruptcies in late 2017 and early 2018, but landlords are optimistic about progress in re-leasing the vacant space. 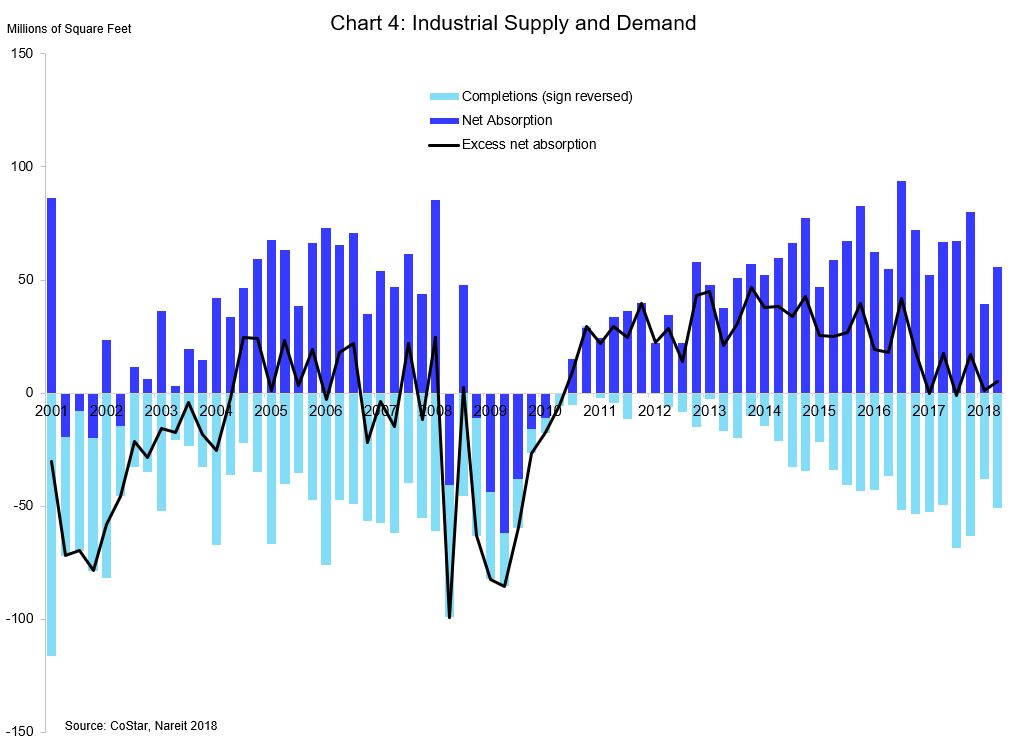 The industrial sector continues full speed ahead with 55.9 million square feet of net new leases in Q2. New construction has caught up with the strong demand for space, which is riding the wave of E-Commerce shipments, but markets remain firm. Vacancy rates edged 10 basis points lower to 4.9 percent. Rents rose 6.2 percent over the past four quarters, well ahead of the other major property sectors. 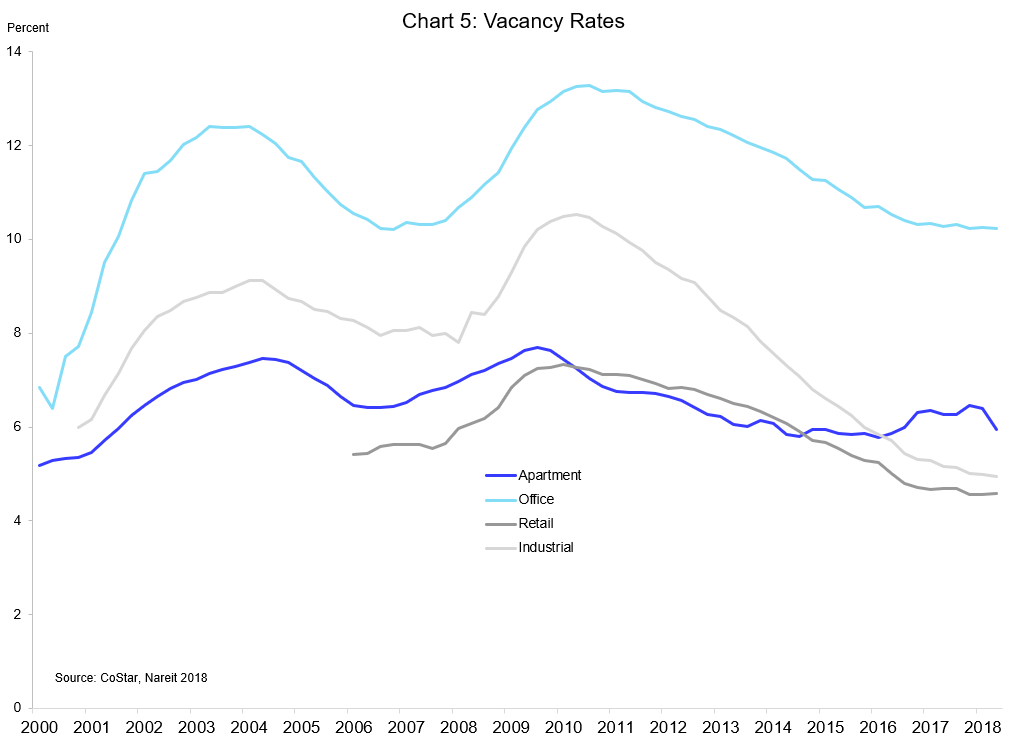 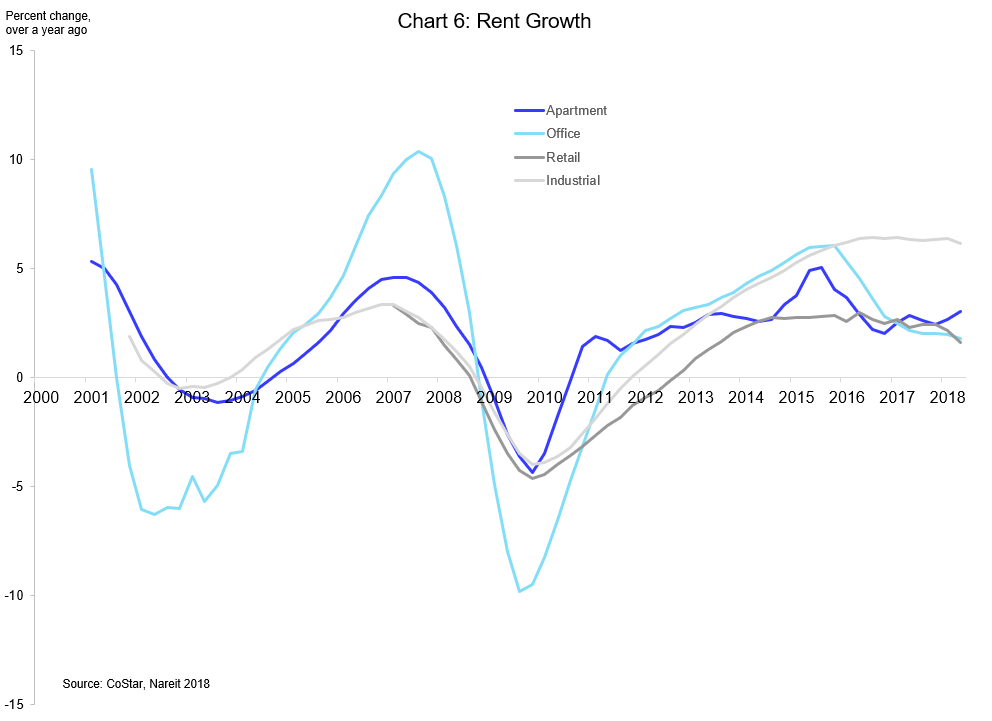