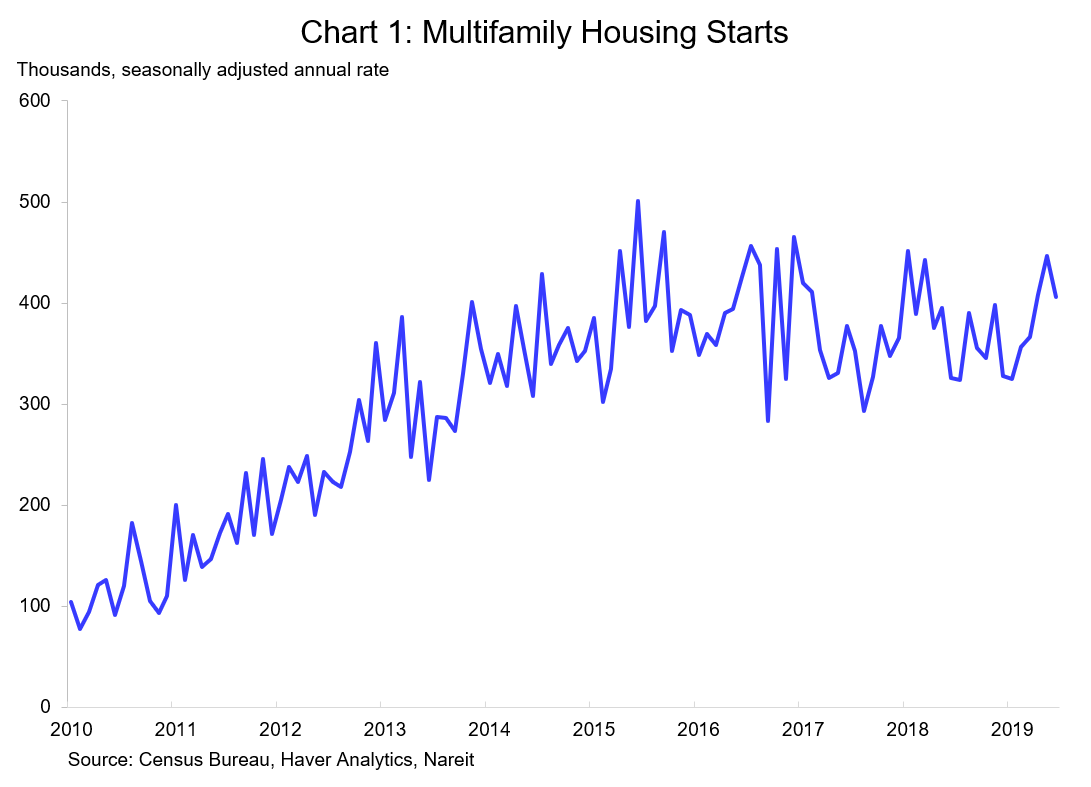 Multifamily housing starts fell in June to the lowest level in three months. Some market observers breathed a sigh of relief, as they had been worried that the recent trend pace of 400,000 per year would saturate the apartment market.

Yet a broader perspective in two ways—looking at a longer time horizon, and viewing all types of residential construction, both multifamily and single family as part of the supply-demand equation—shows a much different picture: 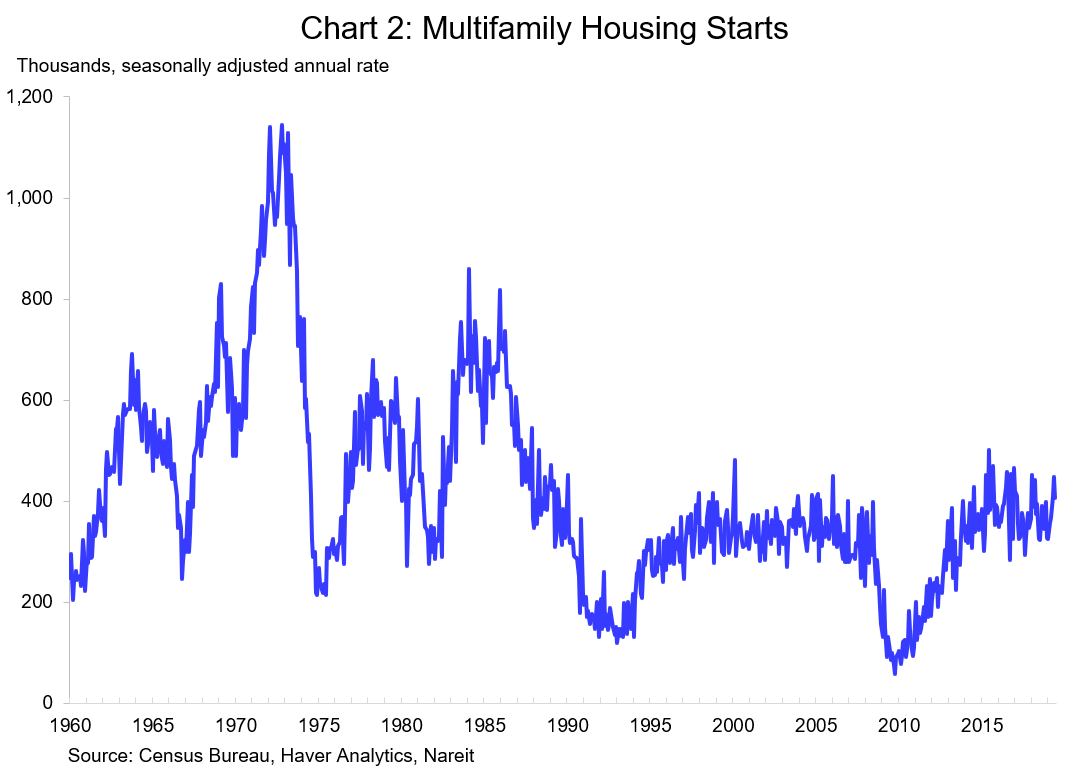 A longer view: Construction of multifamily housing in recent years has been less than half the pace during the 1970s. Yet the building boom then didn’t cause a glut on the market because it was matched by another boom, as the Baby Boom generation came of age and set up households of their own. Demographic forces and household formation are key drivers in the demand for both apartments and single-family homes, and demographics are calling for a high level of construction today; 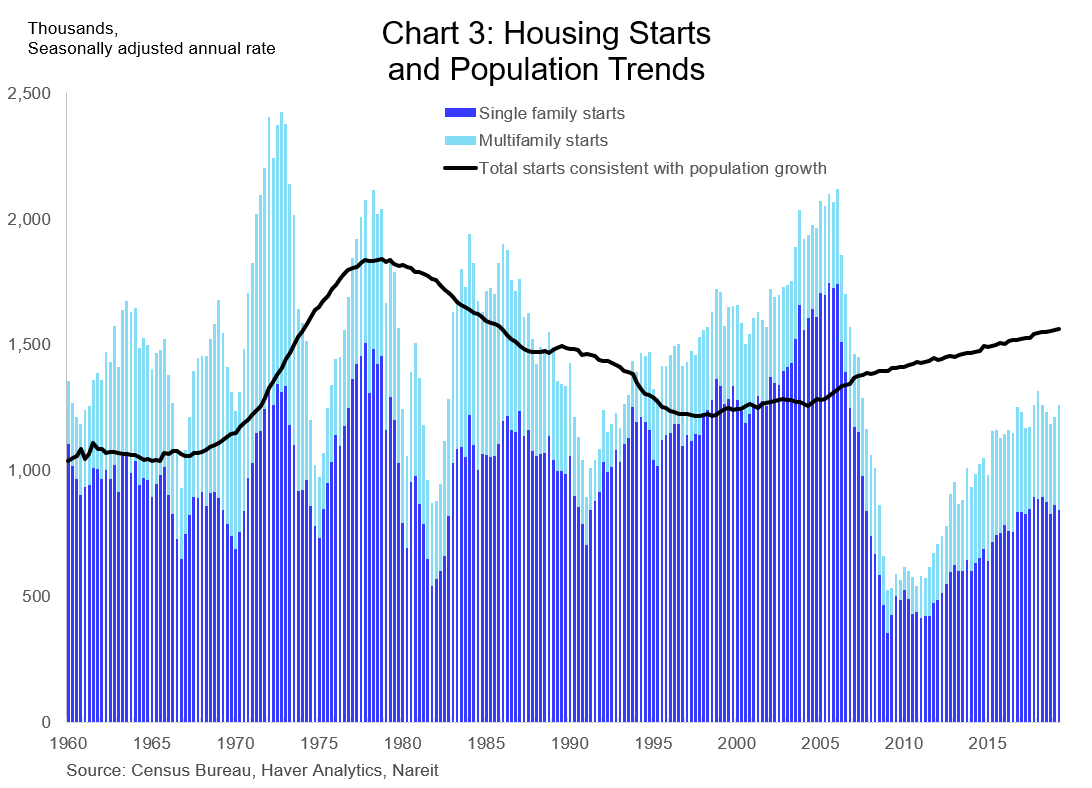 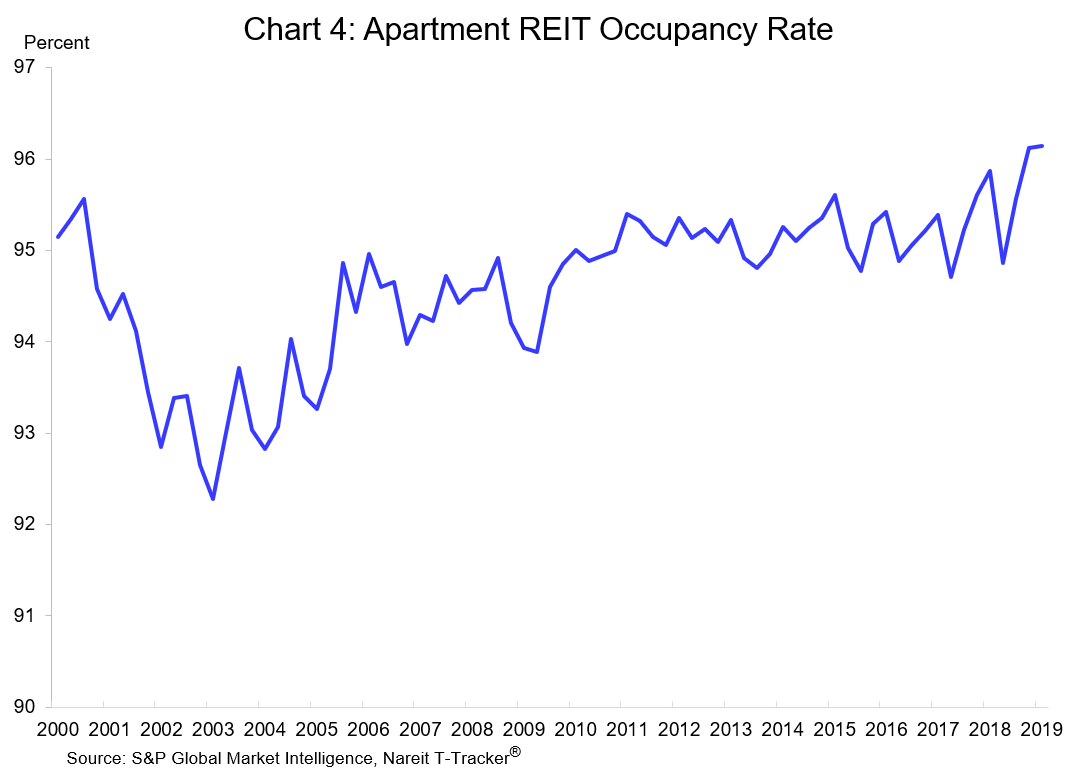 Total residential construction over the past decade has lagged population growth by a wide margin, yielding housing shortages and affordability crunches in markets across the country. One result, however, has been solid demand for apartments, including those owned by REITs. In fact, the occupancy rate at apartment REITs has continued to move to new record highs during this building boom, reaching 96.1% in early 2019 (data on occupancy rates and other operating metrics for REITs are available for download from the Nareit T-Tracker®). The current strong demographic demand will continue to buoy the apartment market, and apartment REITs, in the months ahead.