In 2019, completed and pending mergers and acquisitions of U.S. REITs declined to $25.9 billion, from $78.3 billion in 2018, a year which saw the acquisitions of GGP and Forest City Realty Trust by Brookfield Asset Management. The 2019 total represented the lowest aggregate deal value since 2014. Of that activity, $22.5 billion (87%) resulted from REIT-to-REIT deals, on par with the 10-year average of $23.3 billion, while $1.3 billion (13%) resulted from acquisitions of REITs by non-REITs, down from the 10-year average of $8.4 billion.

Data on REIT mergers and acquisitions are posted on a monthly basis in REITWatch. 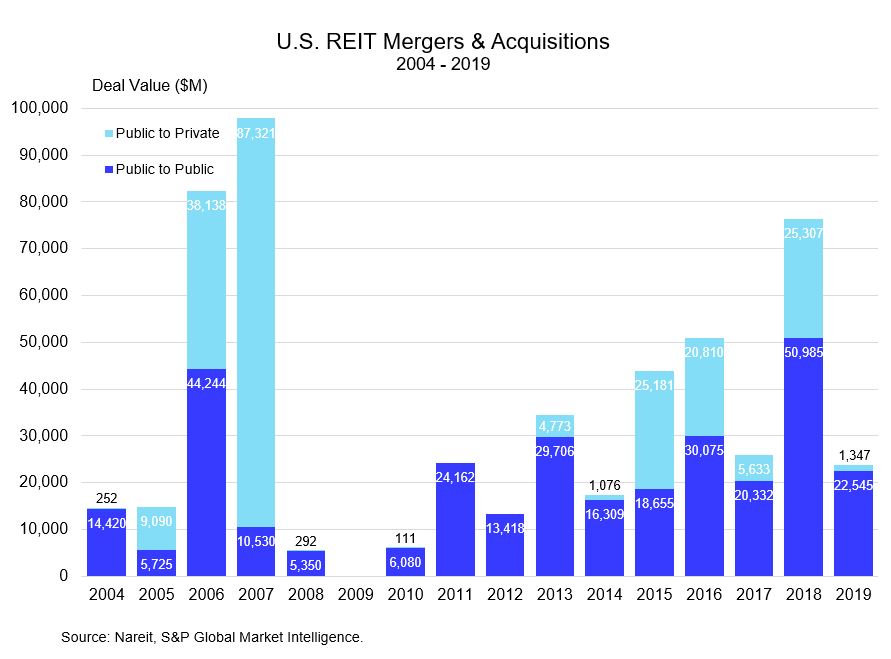