Use of REITs in Target-date Funds Growing

The growing use of target-date funds (TDFs) remains the dominant investment-related trend in the defined contribution and individual retirement account markets, and REITs continued to be a critical component of TDFs in 2020.  Since the last update, REITs have maintained their presence in virtually all TDFs with only minor changes to allocations within funds consistent with previous years’ variations. 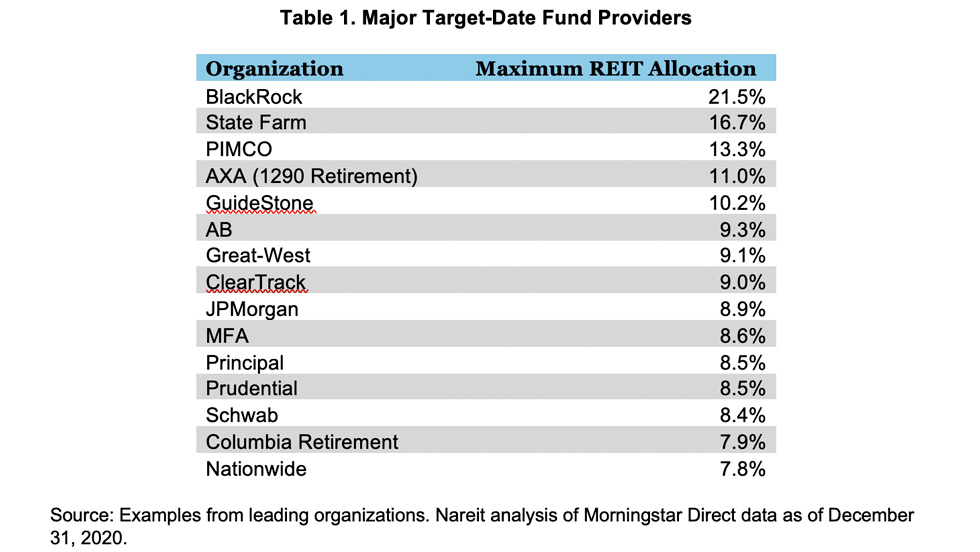 At year-end 2020, virtually all TDF fund providers had some allocation to REITs. Among the standout users of REITs in TDFs is BlackRock, the largest investment manager in the world, offering a TDF with a maximum REIT allocation along its glide path of more than 21%. In addition to BlackRock, State Farm, PIMCO, AXA, and GuideStone all offer TDFs with REIT allocations over 10%. 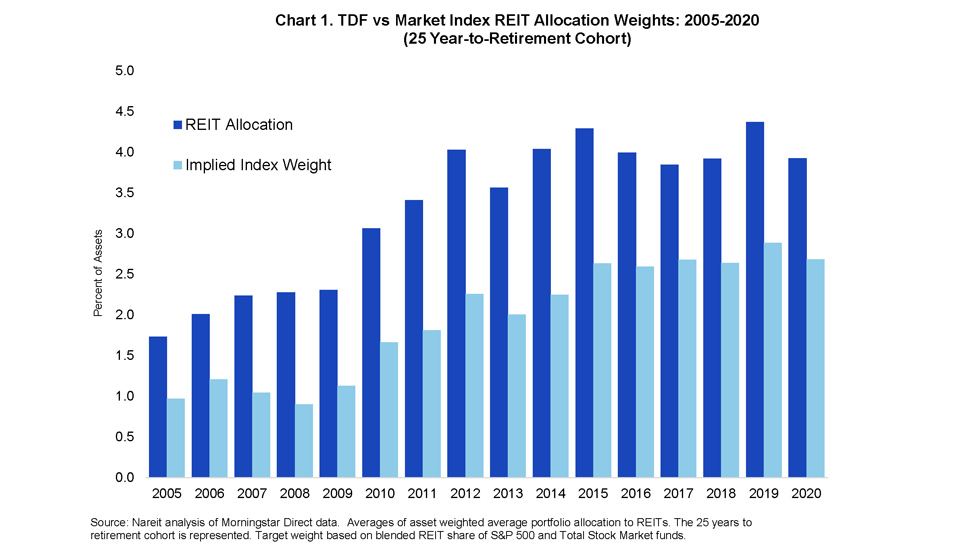 In 2005, the share of TDFs with REIT exposure was only 67%, while in 2020, virtually all of them invested in REITs. Looking over the past 15 years in Chart 1 for TDFs with 25 years to retirement, asset allocation product manufacturers have increased REIT allocations in these TDFs from an estimated average asset weighted portfolio allocation of 1.7% in 2005 to just under 4% in 2020. A reported 61% of TDFs have a dedicated REIT sleeve within their asset allocation. The chart also shows that since 2005, TDFs have kept their REIT allocations higher than the implied REIT index weight for the entire period. The REIT market weight is estimated by using the average blended REIT share of funds based on the S&P 500 or Total Stock Market index. 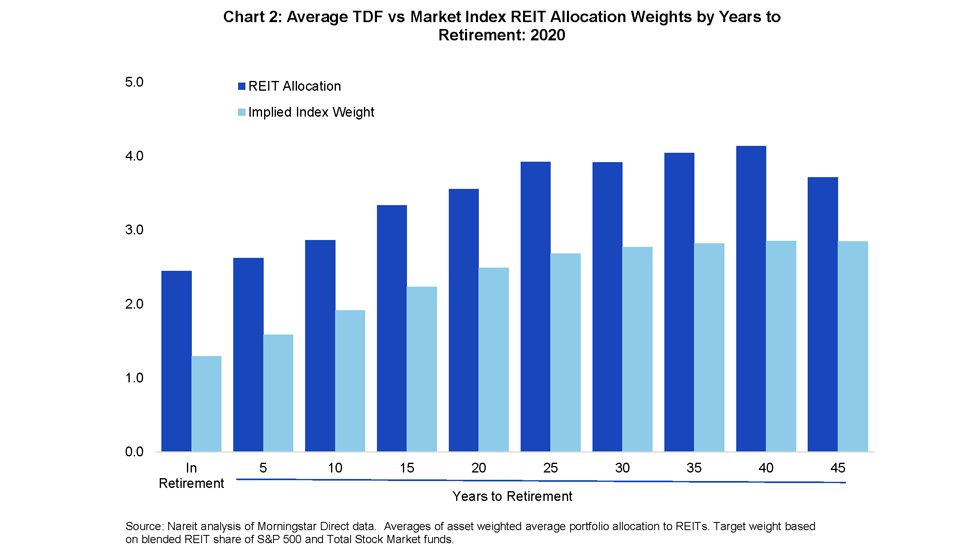 Looking across all cohorts of TDFs, REITs are part of the TDF strategy from the beginning of retirement saving through retirement. Chart 2 shows the asset weighted average of REITs along the glide path across providers. Following the same trend as total equity investments, TDFs reduce their holdings in REITs as retirement becomes imminent. However, REITs still play a significant role in retirement income moving from an estimated peak of 3.3% with 40 years to retirement to 1.9% for funds in retirement, a reduction of less than 1.7 percentage points.